Some people love it, some people hate it, there is so much to see and to do in London. Where do you start? London is one of my favourite cities in the world and here are my ten biggest reasons why. 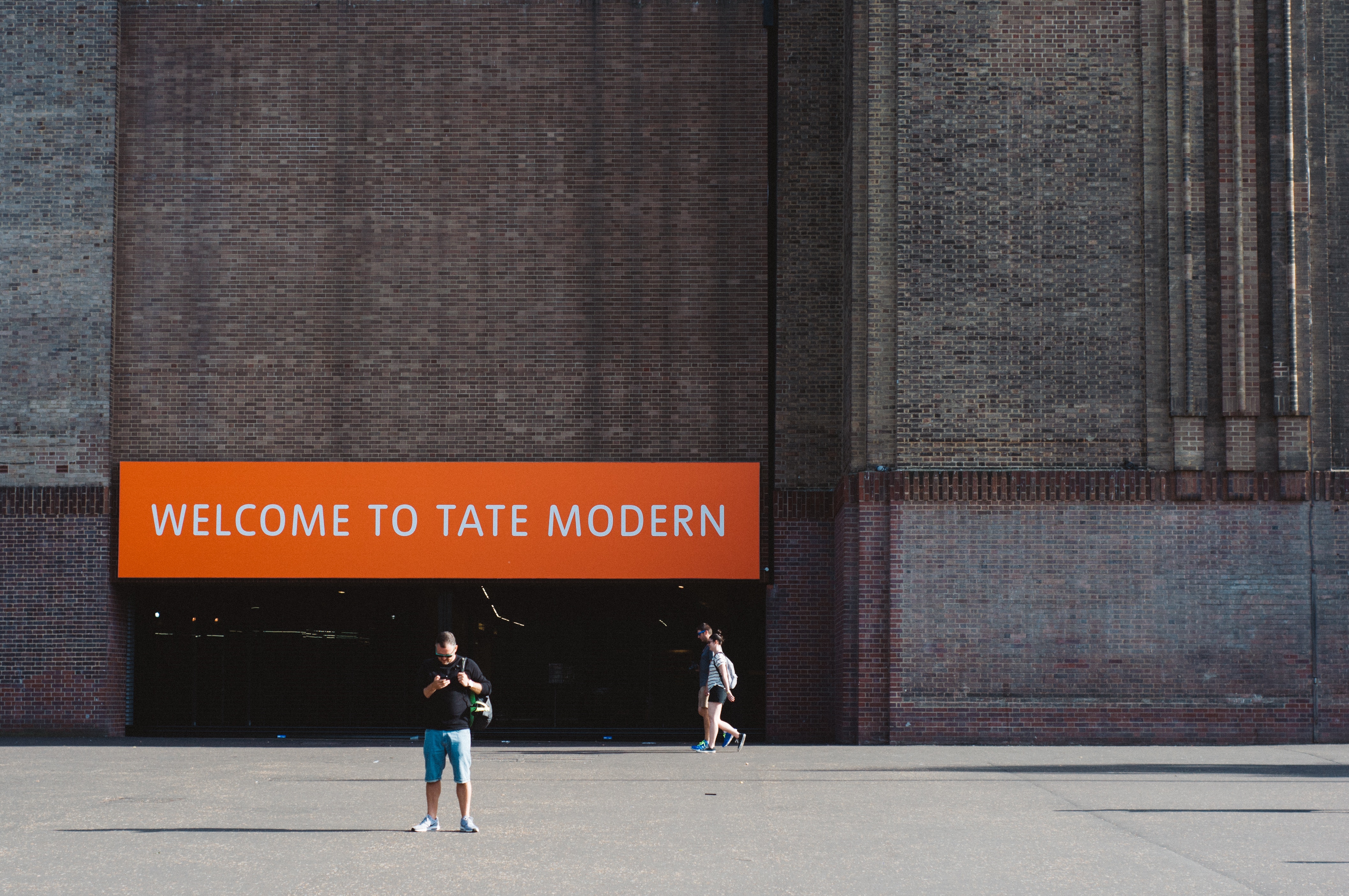 The Tate Modern is an awesome gallery and because there are so many exhibitions and the permanent collection is continuously rotating, you never know what you might see. This can be a blessing and a curse. I know some of my favourite pieces are currently not on display or I would have ranked the Tate higher up my list.

I’m always intrigued by very popular galleries showing abstract or post-modern art. Such pieces may not be widely liked or even understood, but still draw in large crowds at places like the Tate. I find it fascinating to see how people react and experience art that challenges your conceptions of the nature of art.

The tanks are my favourite section of the Tate Modern. This area is reserved for performance art or interactive art. The best piece I’ve ever seen there was Janet Cardiff’s “Forty Piece Motet” that consisted of forty speakers each playing the recording of a single singer. The speakers stand in a circle facing inwards. What I loved so much is that your own choices greatly affect how you experience the piece. You can sit in the middle of the room to hear the entire choir. You can stand next to a single speaker and listen to a lone voice. Perhaps you prefer to walk the circle and listen to a rotating cast of performers. This was one of the most magical experiences I have ever had in an art gallery. 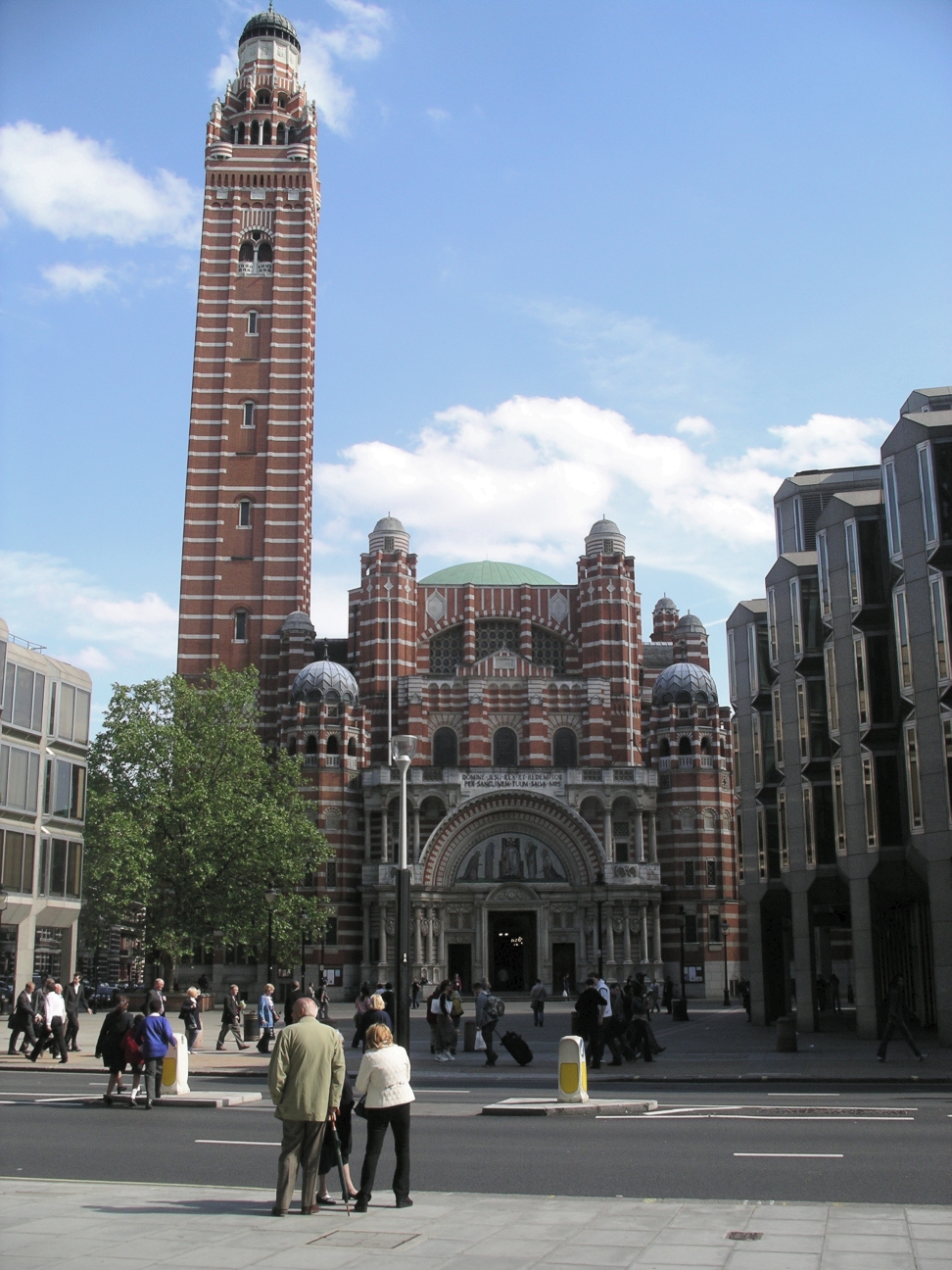 Not to be confused with Westminster Abbey, this is a catholic cathedral built in a neo-Byzantine style making it quite unlike a normal British church. From the outside, the striped brickwork, tower and portal are all quite striking, but it’s inside this cathedral that is a true sight to behold. The interior is spacious, bright and adorned with beautiful mosaics and marble. It is a world away from the hectic street scene outside. 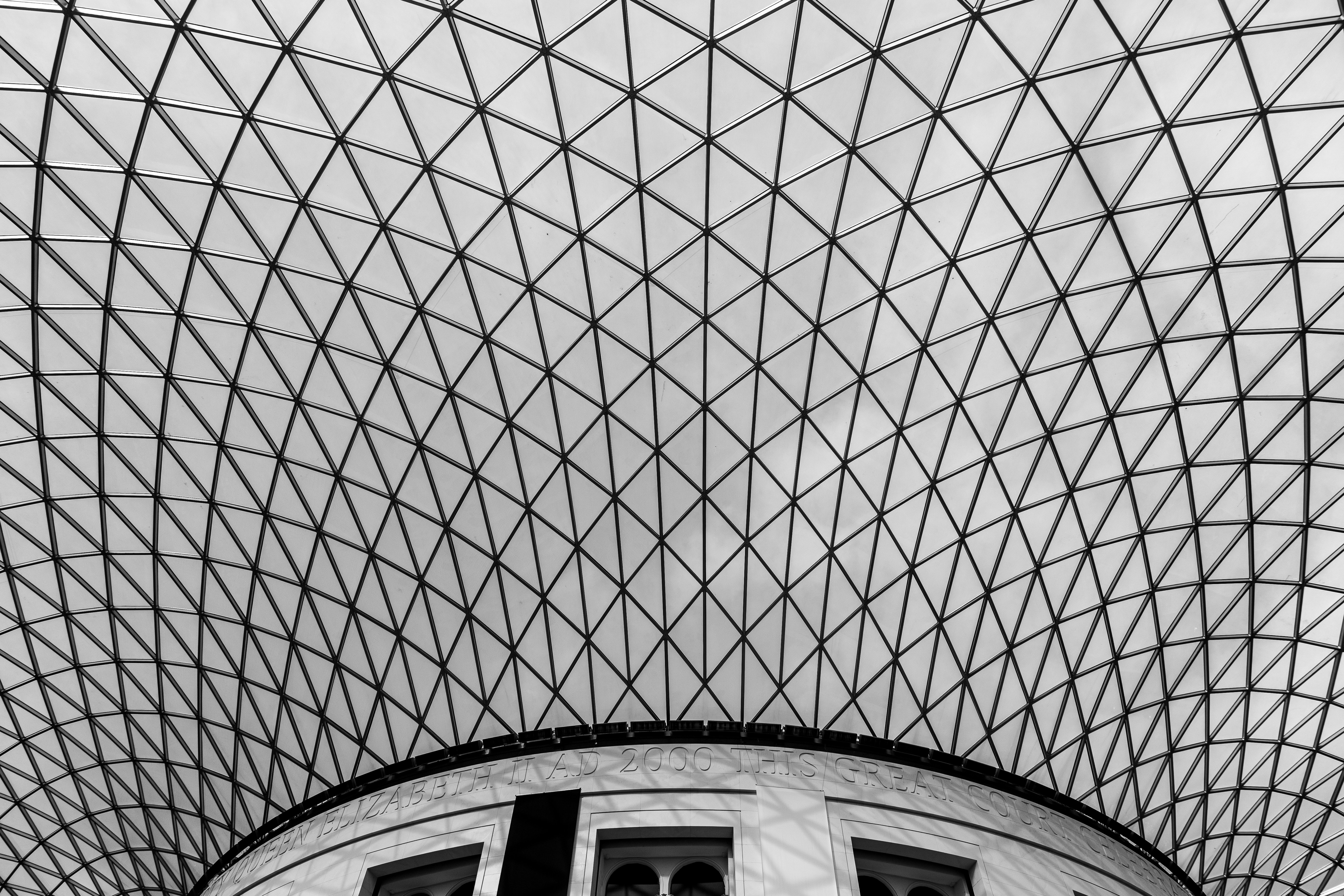 One of the world’s greatest museums with a very long history. Opened to the public 260 years ago, it was the first national museum in the world to do so. The museum’s comprehensive global outlook has led to complicated and controversial acquisitions like the Parthenon Marbles but has yielded an unparalleled opportunity to explore the rich diversity of world history. From the best ancient Egyptian collection outside Cairo to the best Mesopotamian exhibits outside of Iraq the British museum lets you travel around the world at the same time as well as going back in time. Talking of going back in time, the British Museum also has some of the oldest human made tools in the world.

Despite being full of old stuff, the architecture is modern and stunning. The Great Court is the largest covered square in Europe and every one of the 1,656 glass panels is uniquely shaped. There are so many exhibits you can see new things every time you visit, but my favourite item in the museum is the Rosetta stone.

Egyptian hieroglyphics are now well understood, but were once a complete mystery. Via a long chain of intermediaries, these symbols led to most major writing systems such as Latin, Cyrillic and Arabic systems. For well over a thousand years, nobody could comprehend them until a portal to the ancient world was opened with the unexpected and accidental discovery of the Rosetta stone. It’s a real privilege to be so close to a single artifact that completely changed our understanding such an ancient civilisation. 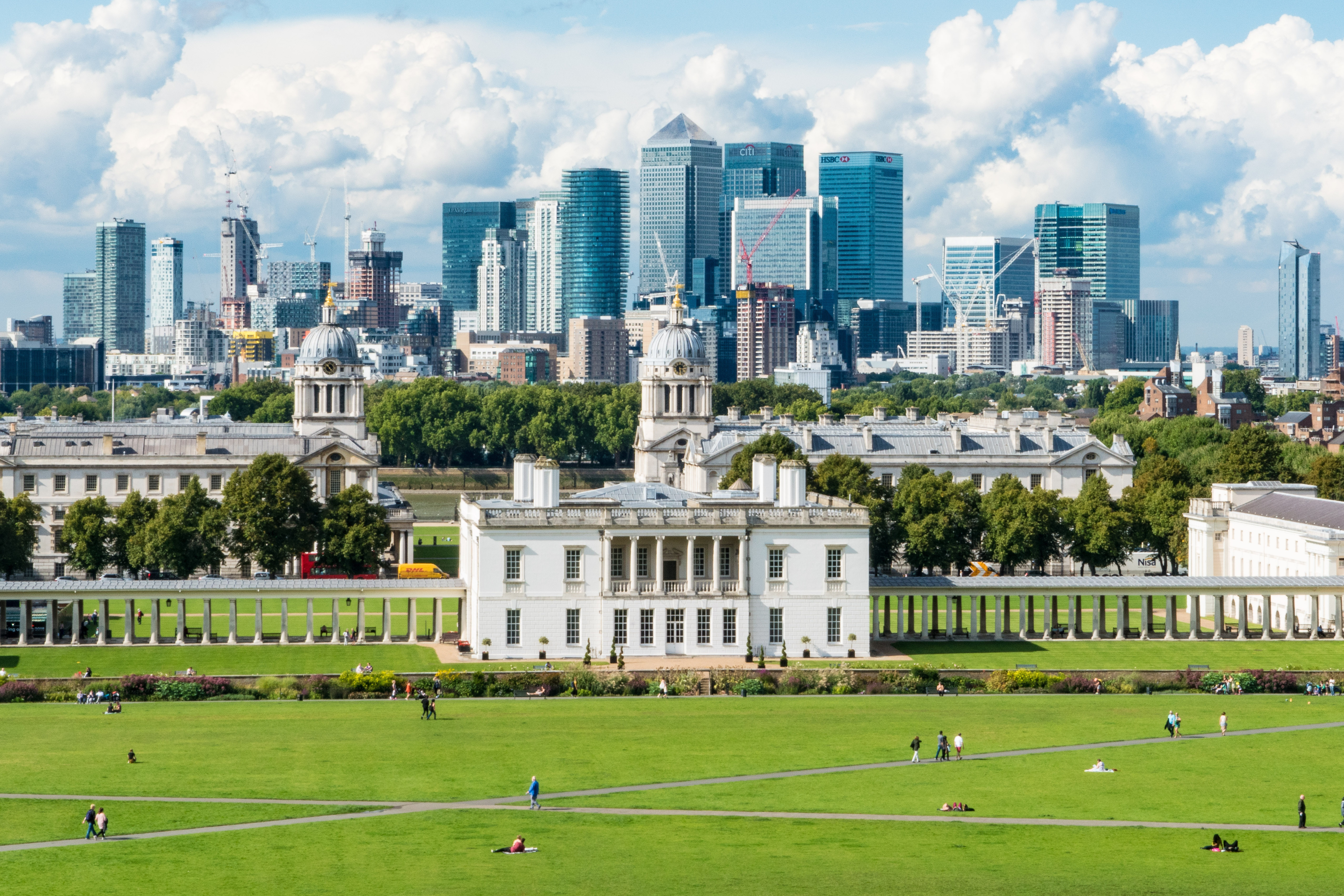 London may be full of world-class attractions, but it’s also a very busy and crowded city so I’ve always enjoyed staying in Greenwich as a small escape from the big city. Greenwich Park is a very pleasant large park whilst the area houses many historic sights. In the park itself is the Royal Observatory which is the reference point for Greenwich Mean Time and consequently for clocks world wide. The museum here excellently explains the history of the observatory and maritime timekeeping. Harrison’s pocket watch is worth the price of admission on it’s own. It’s a thing of beauty and was a critical step in the development of our globally inter-connected world.

Along the Thames there are more plenty more maritime attractions. In fact there are so many that Greenwich is world heritage listed by UNESCO. This includes the colleges, an attractive town centre and the Cutty Sark, a beautiful old ship. Another quirky favourite of mine is the foot tunnel under the Thames. Opened in 1902 this is an historic and alternative way to cross the Thames. 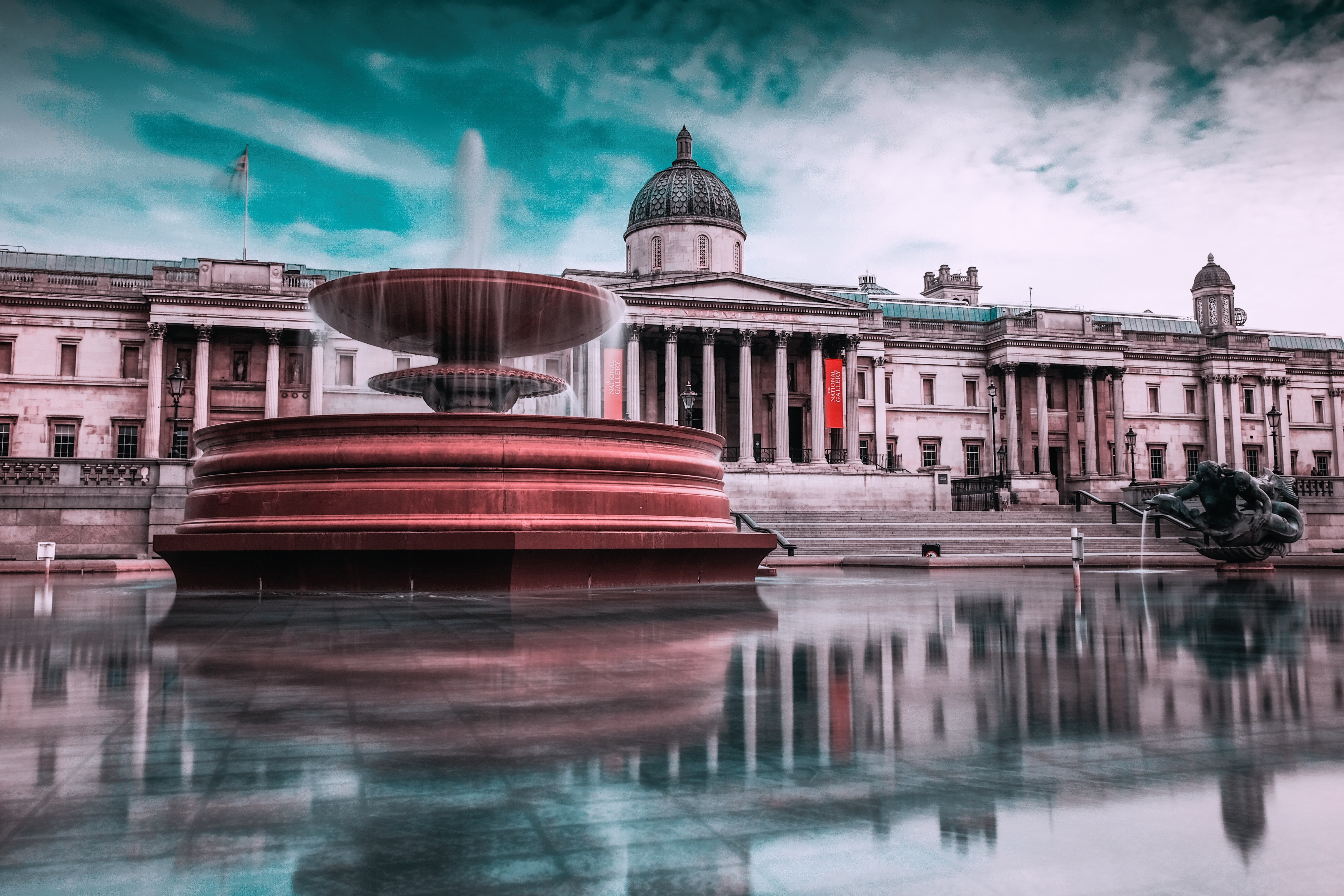 There’s always something happening in Trafalgar Square. It could be a protest, a party, a gay pride parade, a new art installation or something completely unexpected. My favourite example is not one I saw myself, but really resonates with me. An artist called Doug Fishbone once bought 30,000 bananas and piled them up in Trafalgar square early in the morning and simple gave them away to anyone walking past. He refused to explain the artwork, letting passers-by ponder the meaning of the very temporary installation. Was it about capitalist greed, waste or simple generosity? Was it even art?

Even if nothing strange is happening here, you can still visit the fountains, the iconic Nelson’s column and the National Gallery. One of the most visited art galleries in the world, this gallery has a little bit of everything. The collection spans from the 13th century until 1900, covering almost every important western artist or art movement. Highlights include Turner’s “The Fighting Temeraire” and van Gogh’s “Sunflowers”.

5. David Kemp’s “The Navigators” at the Haymarket 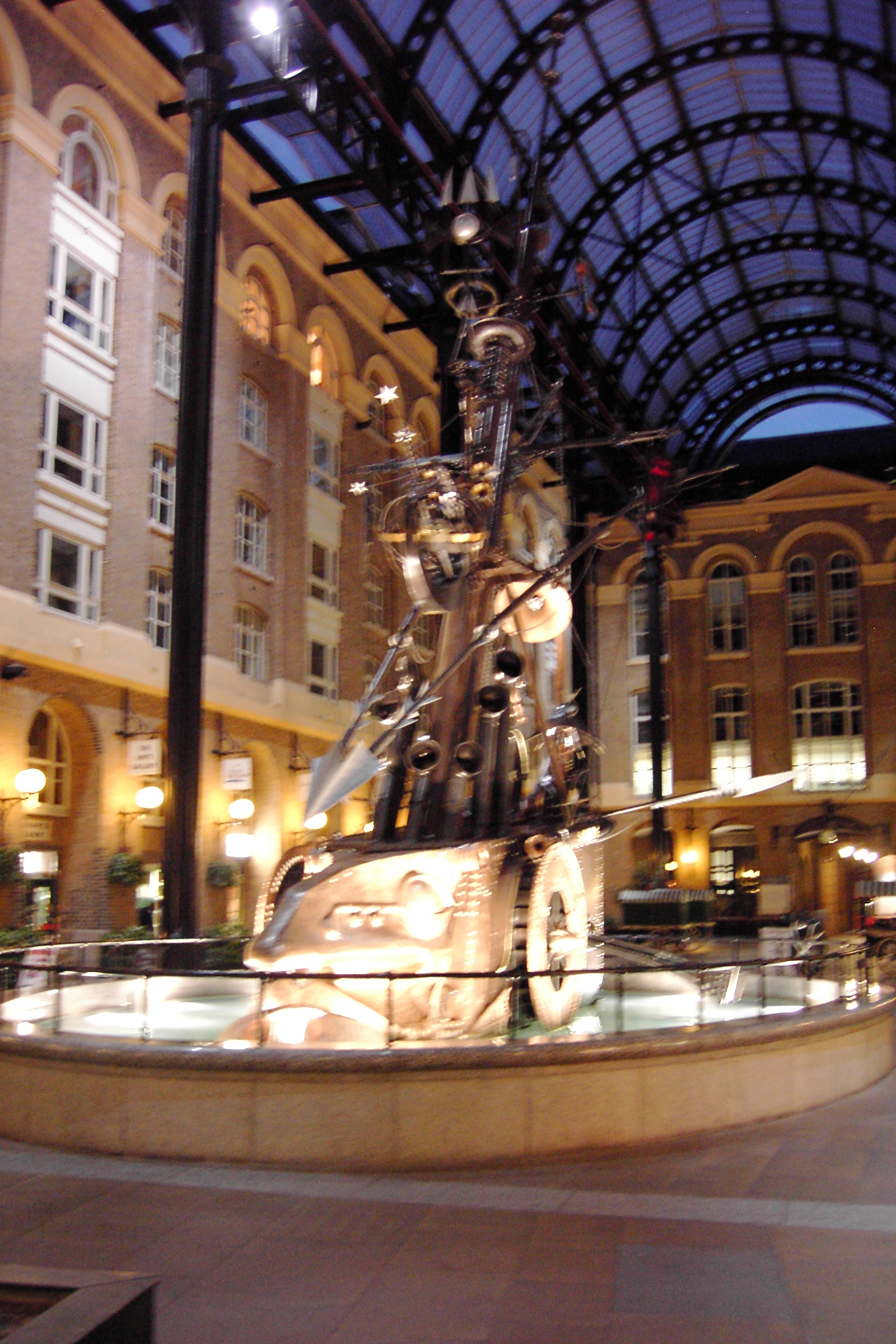 You can find one of my all time favourite art works in a renovated wharf from the 1600s. Built from salvaged and recycled materials, this is more than a sculpture. How to describe it? Part machine, part man, but 100% pure creativity, this surreal craft comes to life when the oars are activated. Don’t miss seeing this masterpiece in action if you like unique art that transports your imagination to another world.

4. The Houses of Parliament 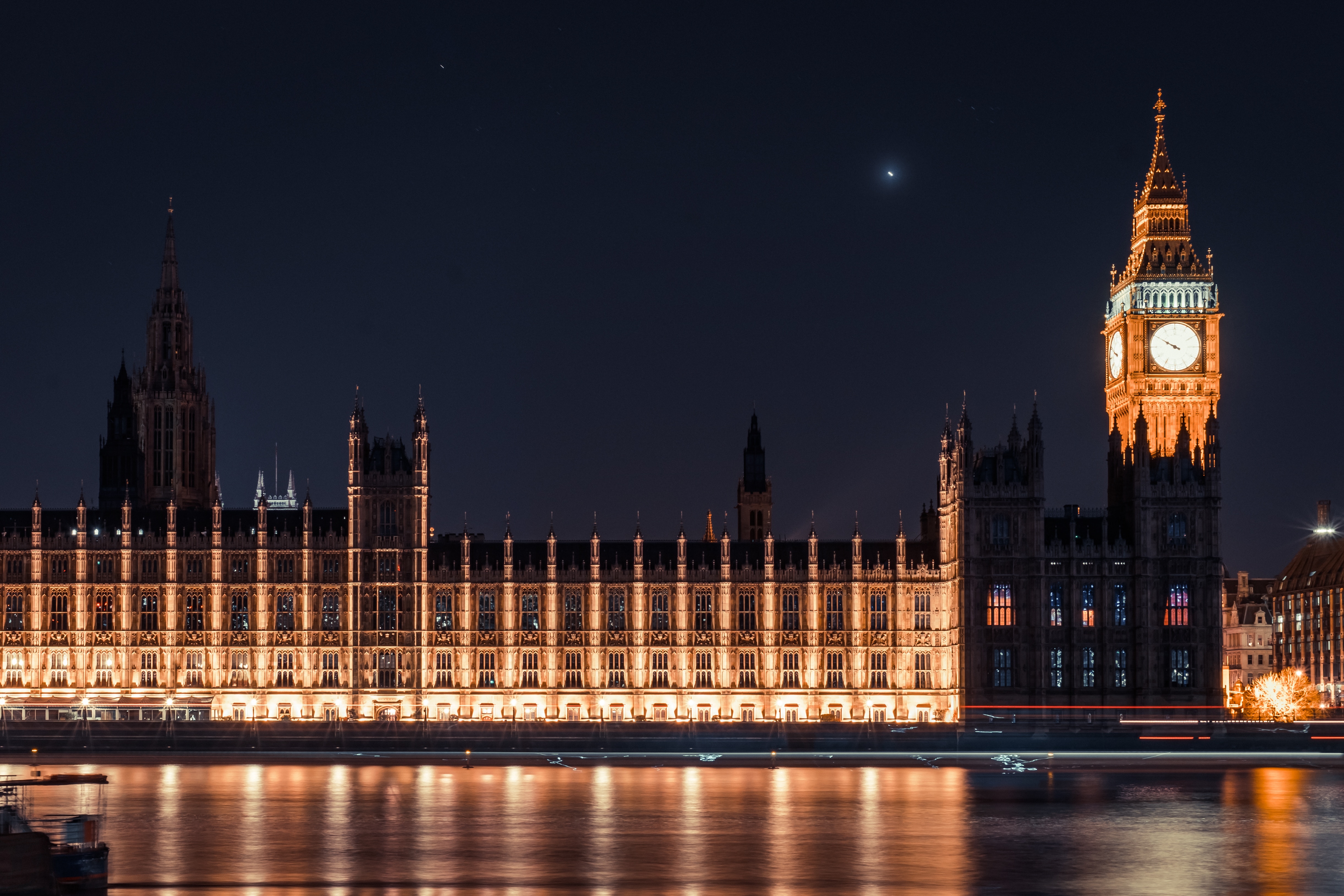 Well, OK, maybe following the brexit omnishambles this shouldn’t make the list, but the Palace of Westminster is a truly historic place. On the outside you have Big Ben, one of London’s biggest icons whilst the inside is heavily ornamented and stuffed with quirky conventions and arcane rules. Speaking of decorations, the house of lords must be the most spectacular debating chamber in the world. Serving double duty as our throne room, it makes the far more recognisable house of commons look rather drab and dreary. I’ve followed politics since I was a student, so getting to go inside and watch debates was a great experience.

If you are interested you can join a tour, or you can just write to your MP for free tickets to watch proceedings in either house. Prime minister’s questions is harder to get tickets for, but if you don’t mind what debate you see, this is a nice way to observe a completely unique place. 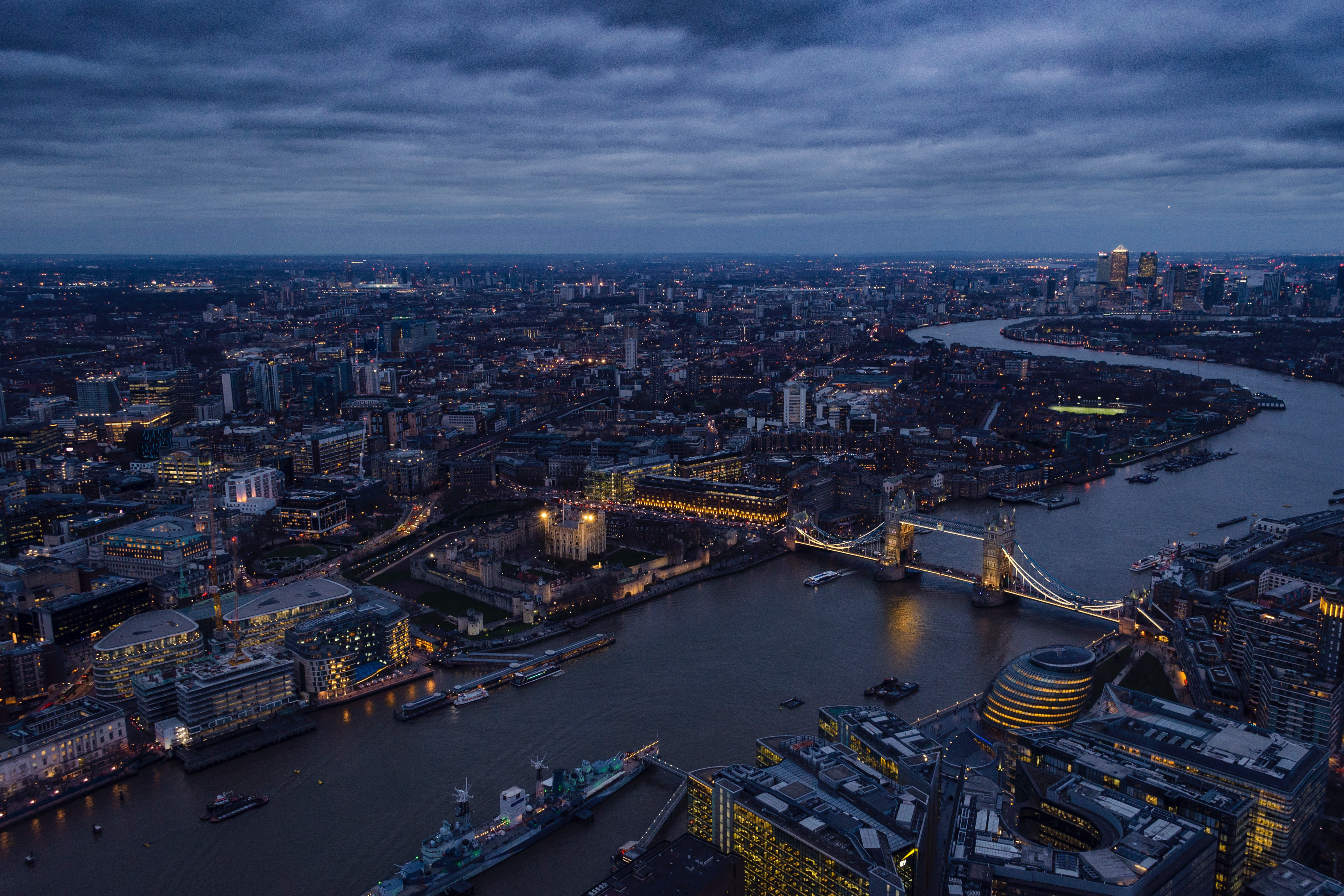 This is almost cheating to include London’s main waterway on this list as so many other entries lie along its banks. My first time exploring London on my own mostly consisted of just walking up and down the Thames. The river offers a lightning fast tour of London’s greatest hits. From famous buildings, historic ships and a myriad of bridges the famous river has everything.

First opened by the queen as part of the jubilee celebrations in 1977 the jubilee footpath is incredibly convenient and winds it’s way all the way along the Thames. My personal highlights include the buskers and book markets on the South Bank, the Millennium Bridge and Tower Bridge but there really is something for everyone. I have done this walk many times, and best of all it’s free! 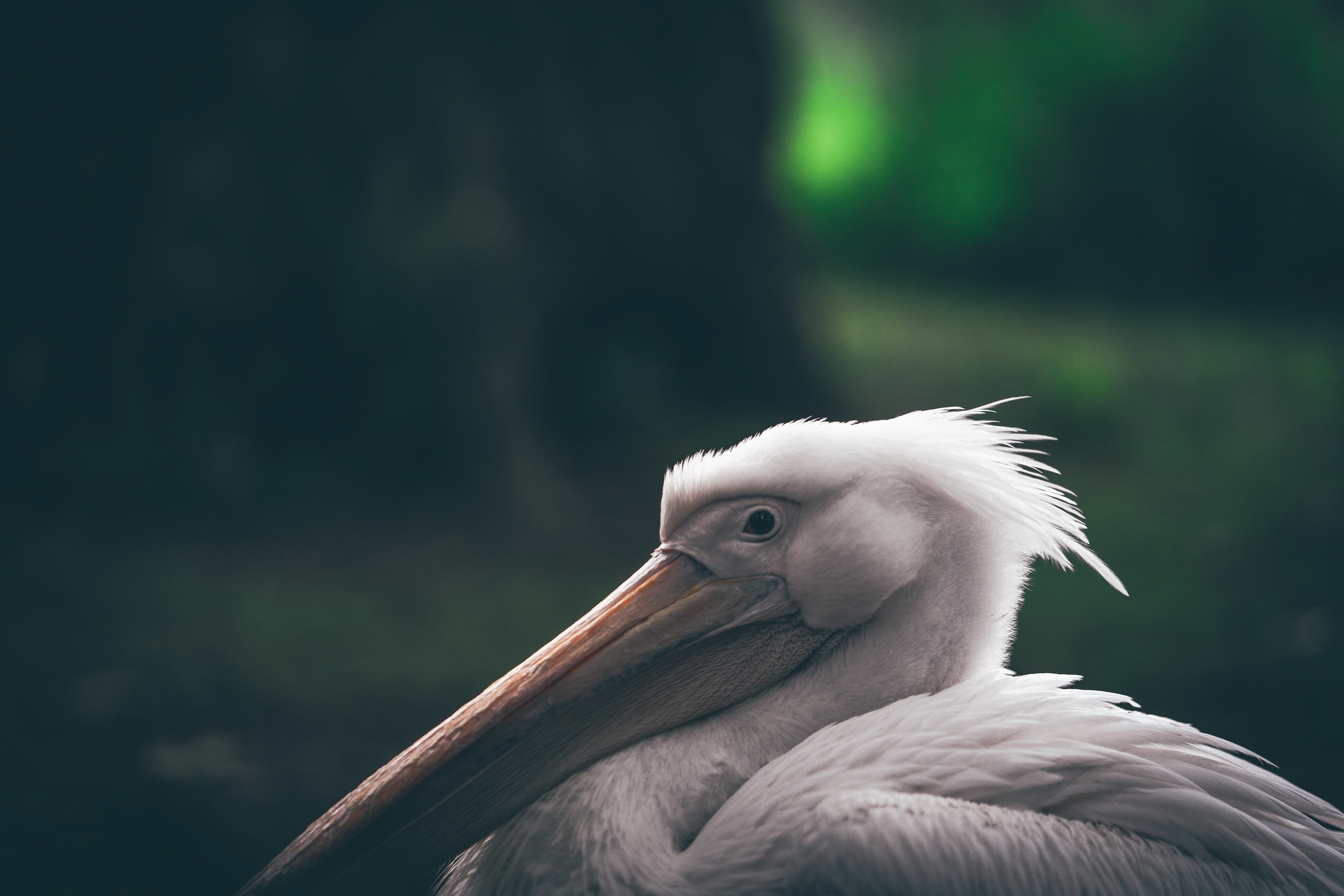 Historically protected by the royal family, London has a number of fantastic green spaces. My personal favourite is St James’s Park. Conveniently located next to Buckingham Palace and Trafalgar Square, I have spent many hours relaxing here while waiting for trains and coaches in nearby Victoria. Wide grassy areas for sunbathing surround a sweet little lake. At the heart of the lake lives a small colony of pelicans, which dates back to 1664 when a Russian ambassador gave some pelicans as a gift to Charles II.

However unusual pelicans may be, the squirrels always seem to steal all the attention. Beloved by tourists, they are very friendly, have no fear and are always happy to pose for photos. The flower beds are just as beautiful, and the park is laid out so that you have fantastic views from the quaint and scenic Blue Bridge.

I have no doubt I will be back here again admiring the pelicans next time I pass through London. 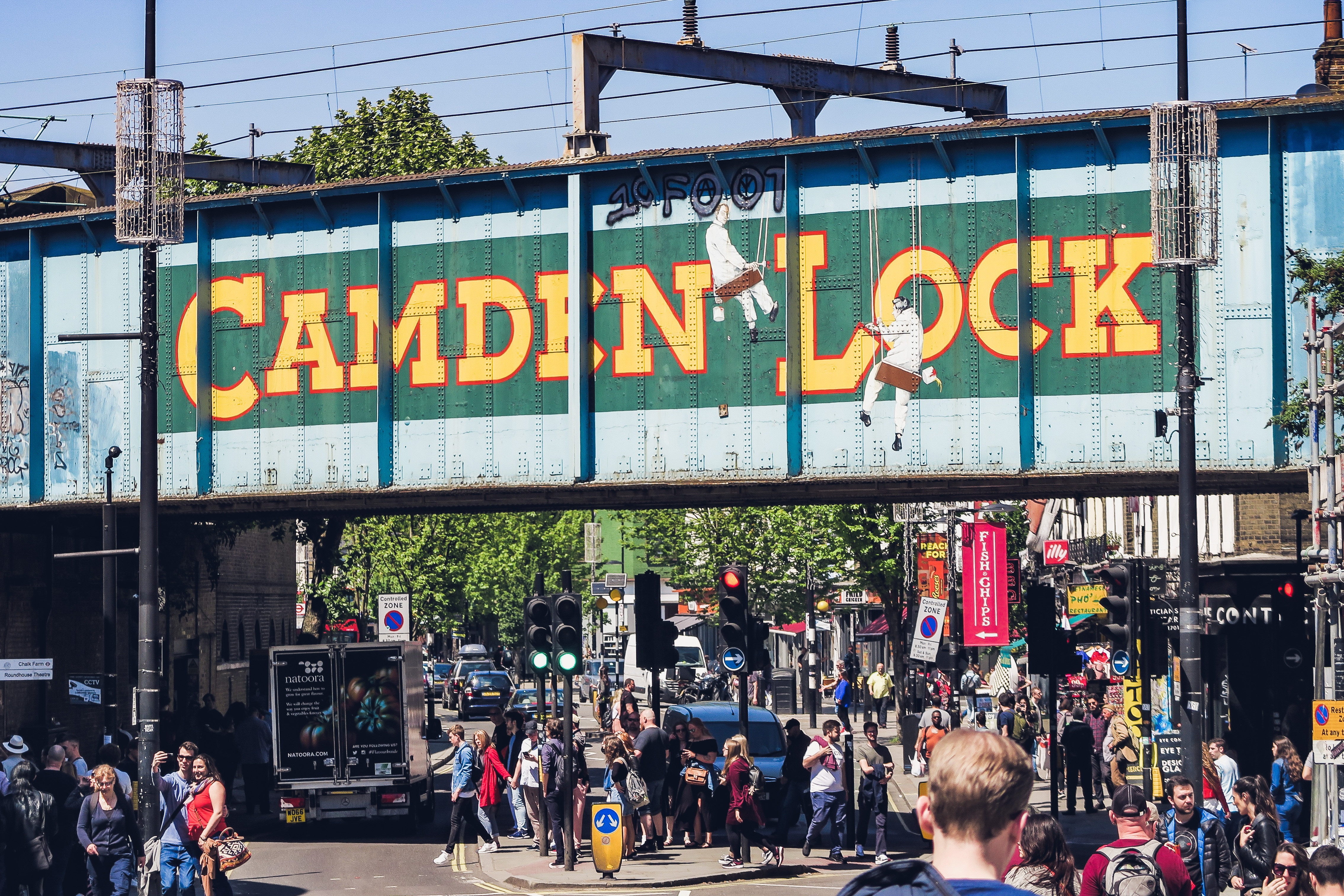 Crowds, fires and commercialisation may have tarnished Camden, but this eclectic part of London is my favourite place to come. Despite many saying that it isn’t what it used to be, Camden never fails to put a smile on my face. You can get there by tube, or via a delightful walk along the canal from Regent’s Park. During the day the markets are the main attraction. The best way to experience the markets is to explore, get lost and discover cool and quirky shops and stalls along the way.

My personal favourite is Village Games, a small and independent shop specialising in board games, dice and puzzles. Perhaps the most unique shop in Camden is Cyberdog, specialising in neon club-ware and futuristic fashion. Everything glows in the dark and just browsing the three floors is an experience in itself.

If you get hungry, there is an overwhelming choice of things to eat. You can even try ice cream frozen instantly using liquid nitrogen. At night, Camden is one of the best places in the world for live music. The Roundhouse is a great place to see larger bands, or you can get close up and personal with your favourite smaller acts in many venues including my favourite, the horse market stables.

Camden may be mainstream now, but the alternative spirit is still shining strong here. For this reason I think Camden will always be my favourite place in London.

Thank you for reading! Let me know in the comments what your favourite place in London is.