How to Fold an Octahedron

My favourite kind of origami is modular origami. Instead of using a single sheet of paper, you fold a number of different pieces and join them together. This octahedron is one of the simplest examples. It was designed by Lewis Simon.

You need twelve squares of paper of the same size. Only six will be visible on the final piece. I have used red paper for the outside and blue paper for the inside. 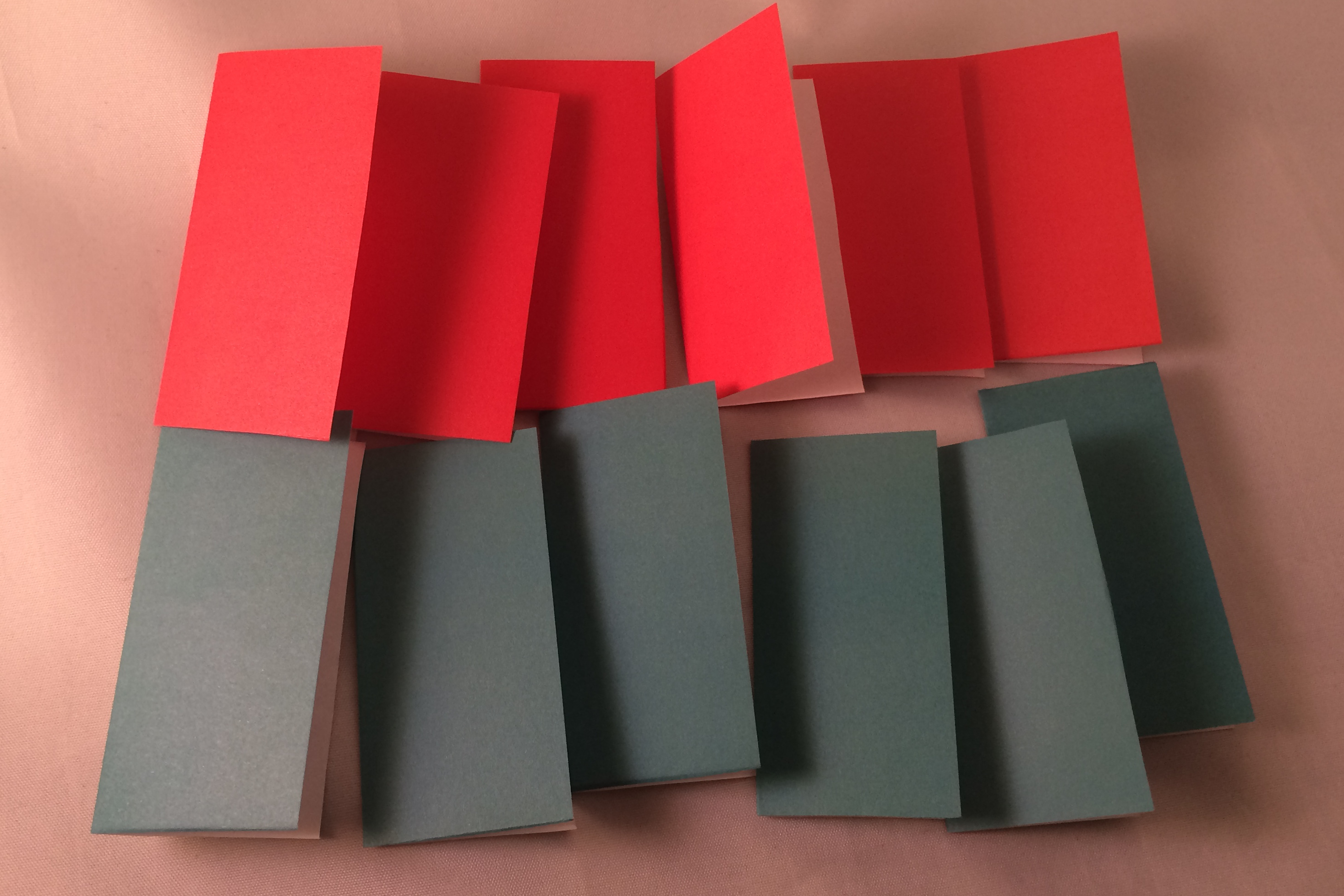 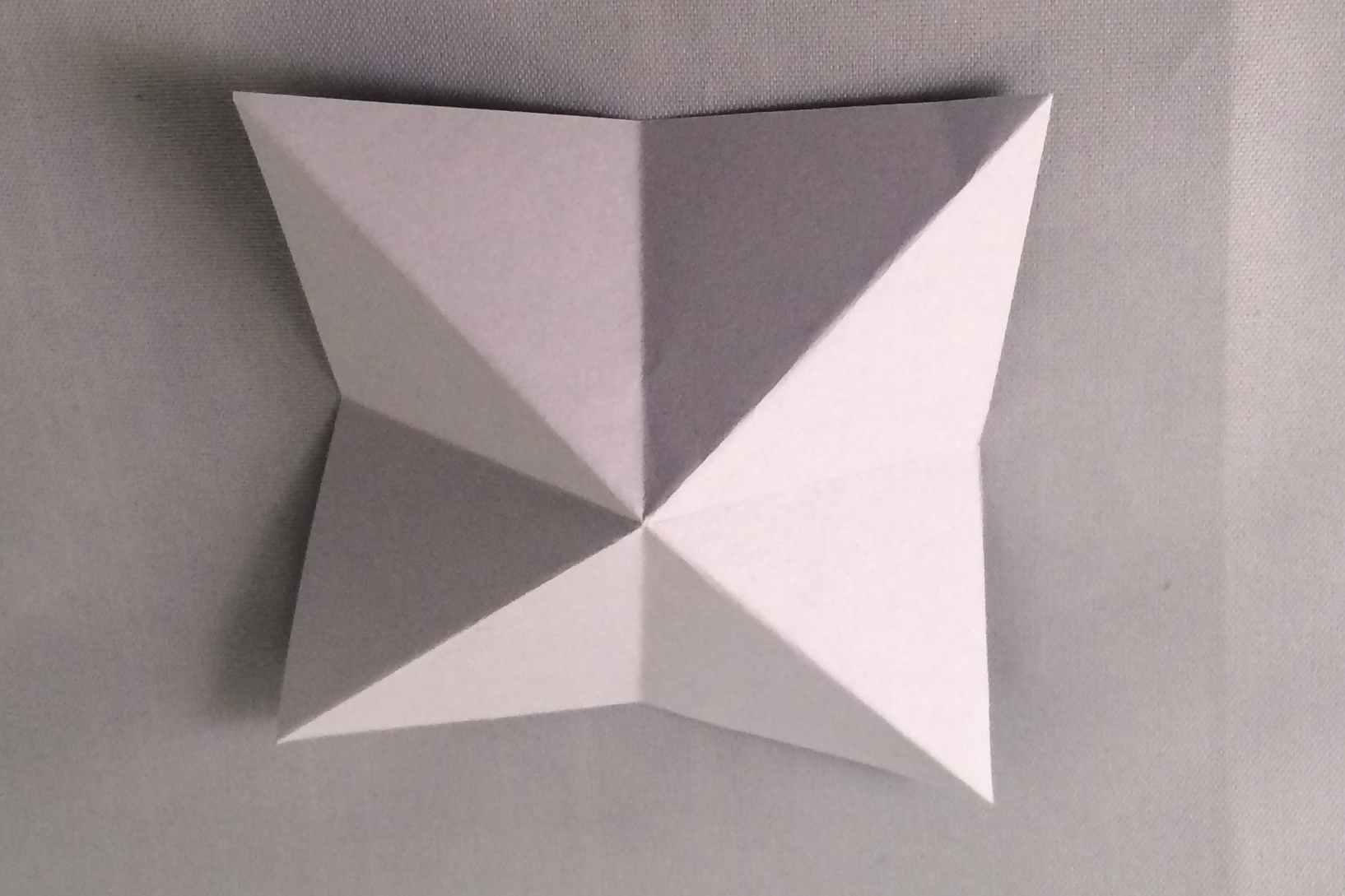 Step 1: Fold all twelve pieces of paper in half like a book in both directions. If your paper has colour on only one side, fold the paper so that the coloured sides are on the outside.

Step 2: Unfold the units and rotate 90 degrees. Repeat step one and unfold. Turn over and fold in half along both diagonals. The finished result is shown. 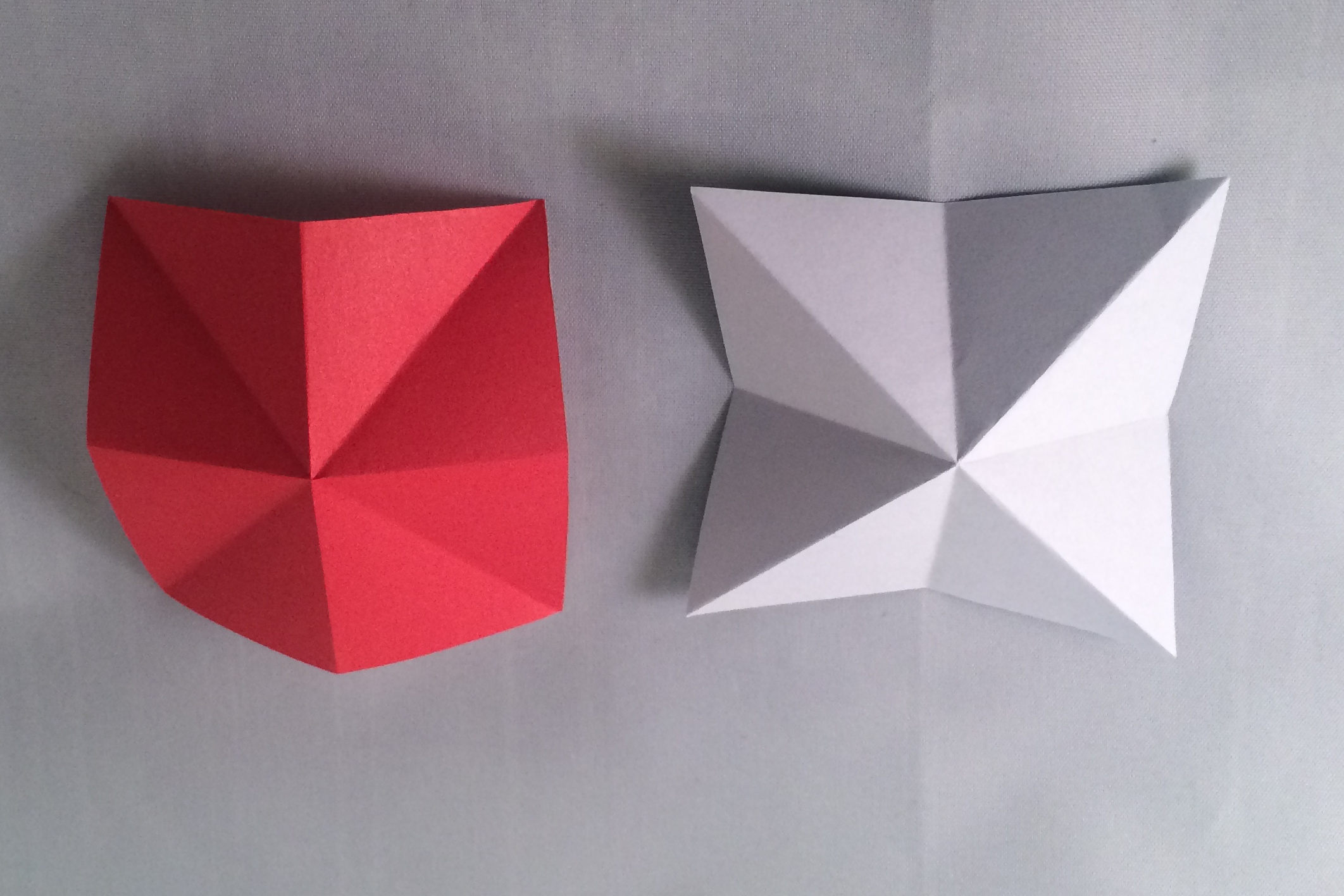 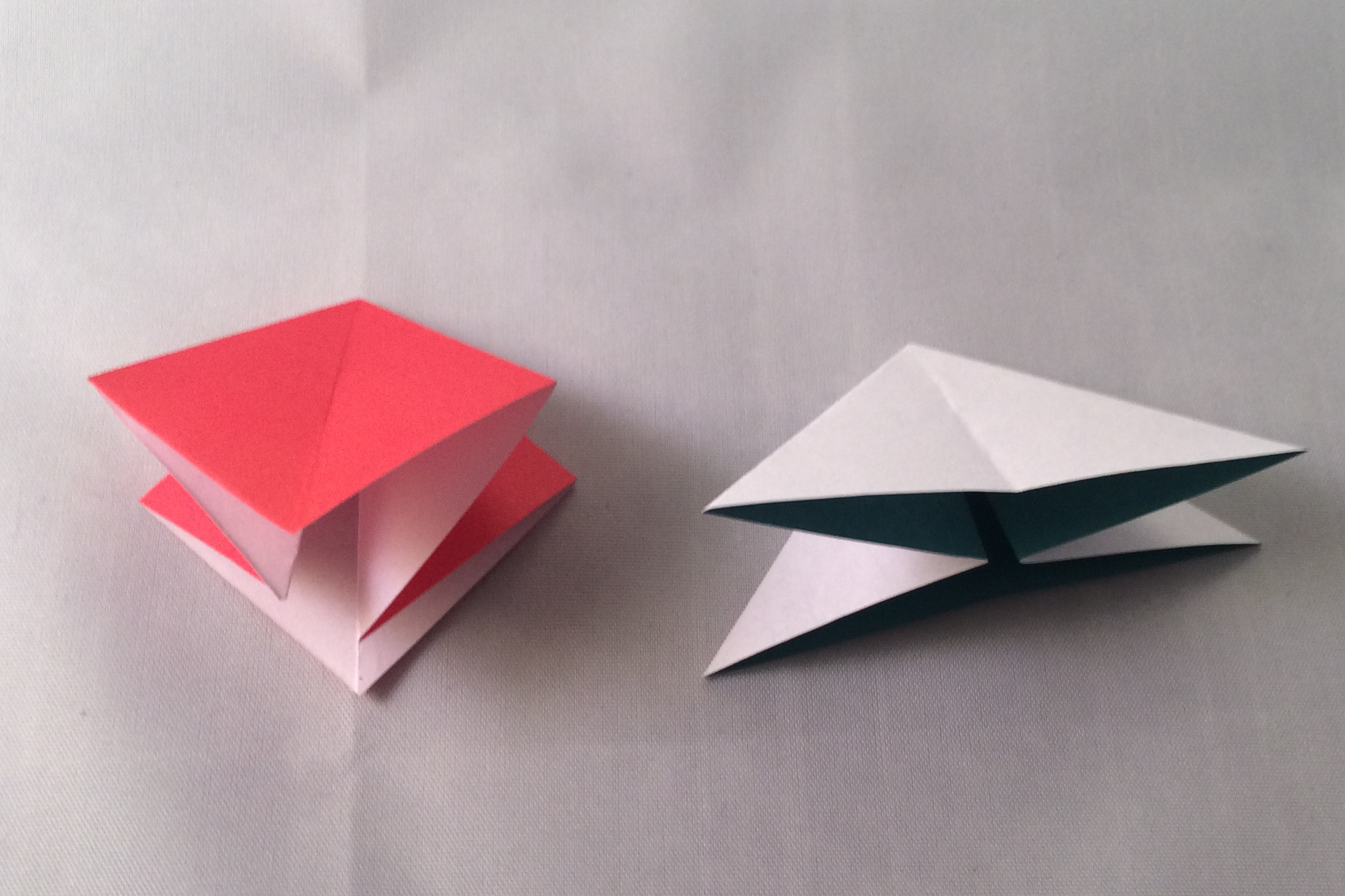 Step 3: Separate the six pieces of paper for the inside. (Mine are blue.) Turn them over. The centre of each piece is pointing down. Push the centre up. The paper will snap so that the centre is pointing up.

Step 4: Squash each piece flat with two corners on the left and on the right.  The outside pieces will become squares and the insides become triangles. 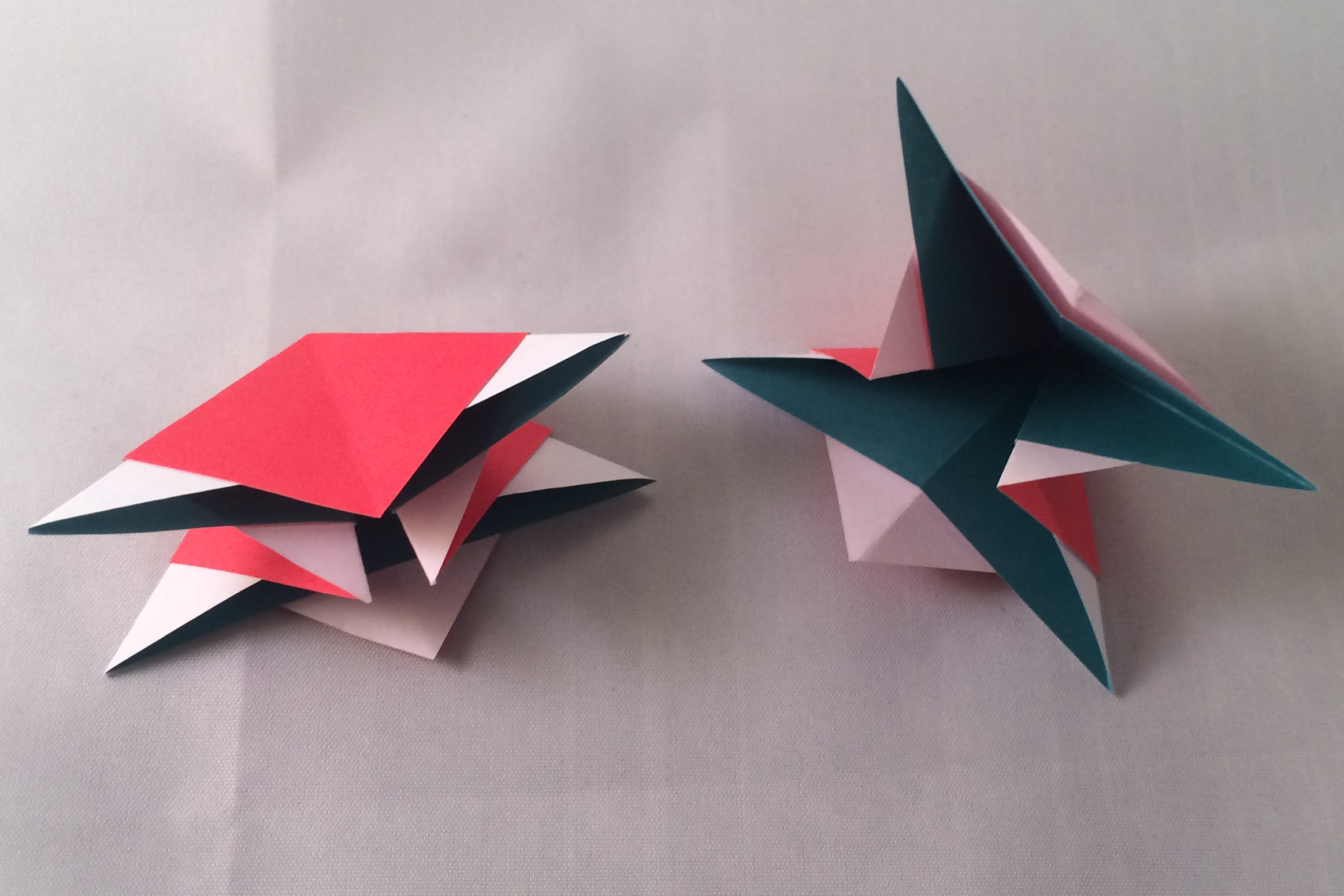 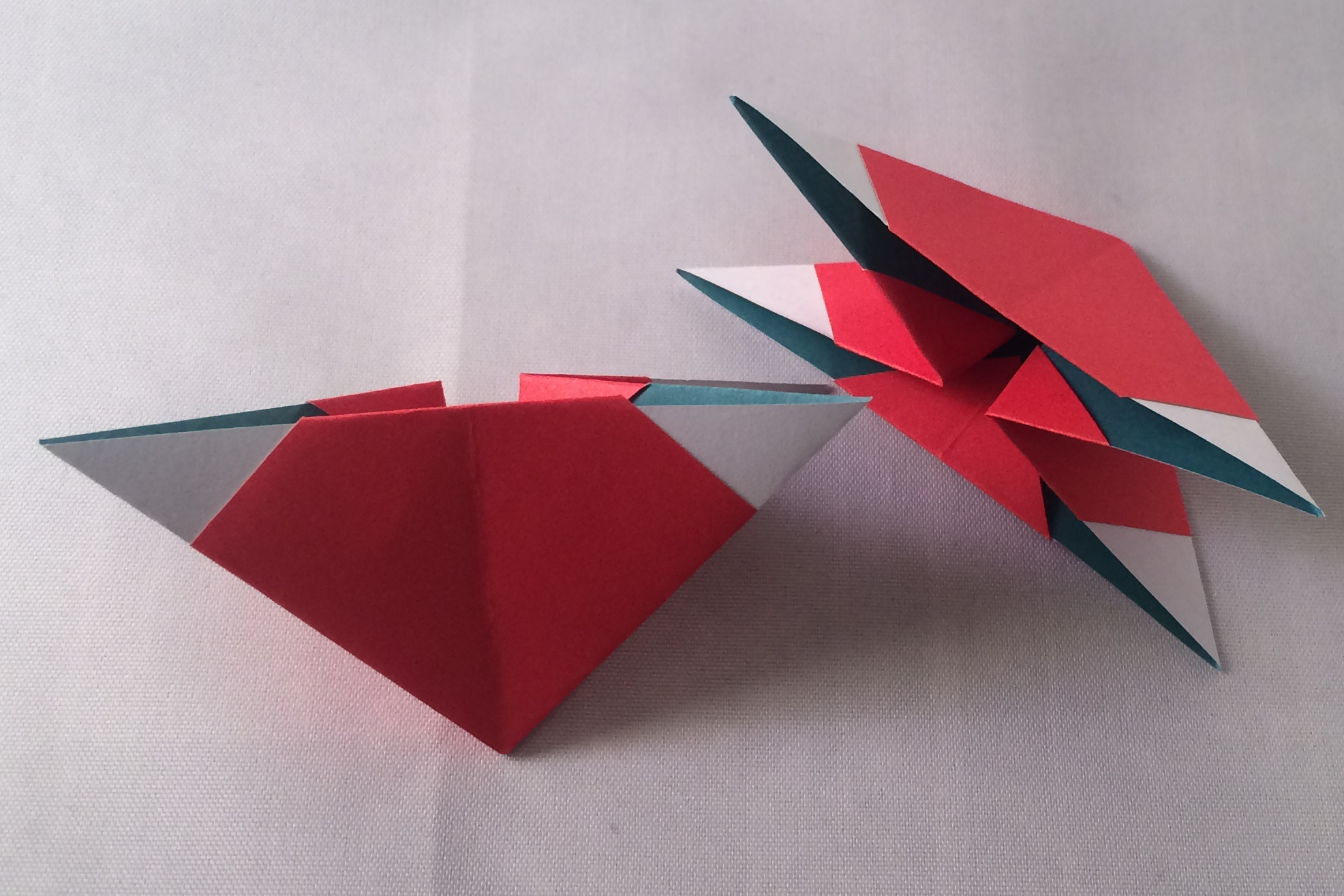 Step 5: Put the triangular pieces inside the square pieces.

Step 6: The paper on the outside has some excess flaps. Fold it into the inside of the model. 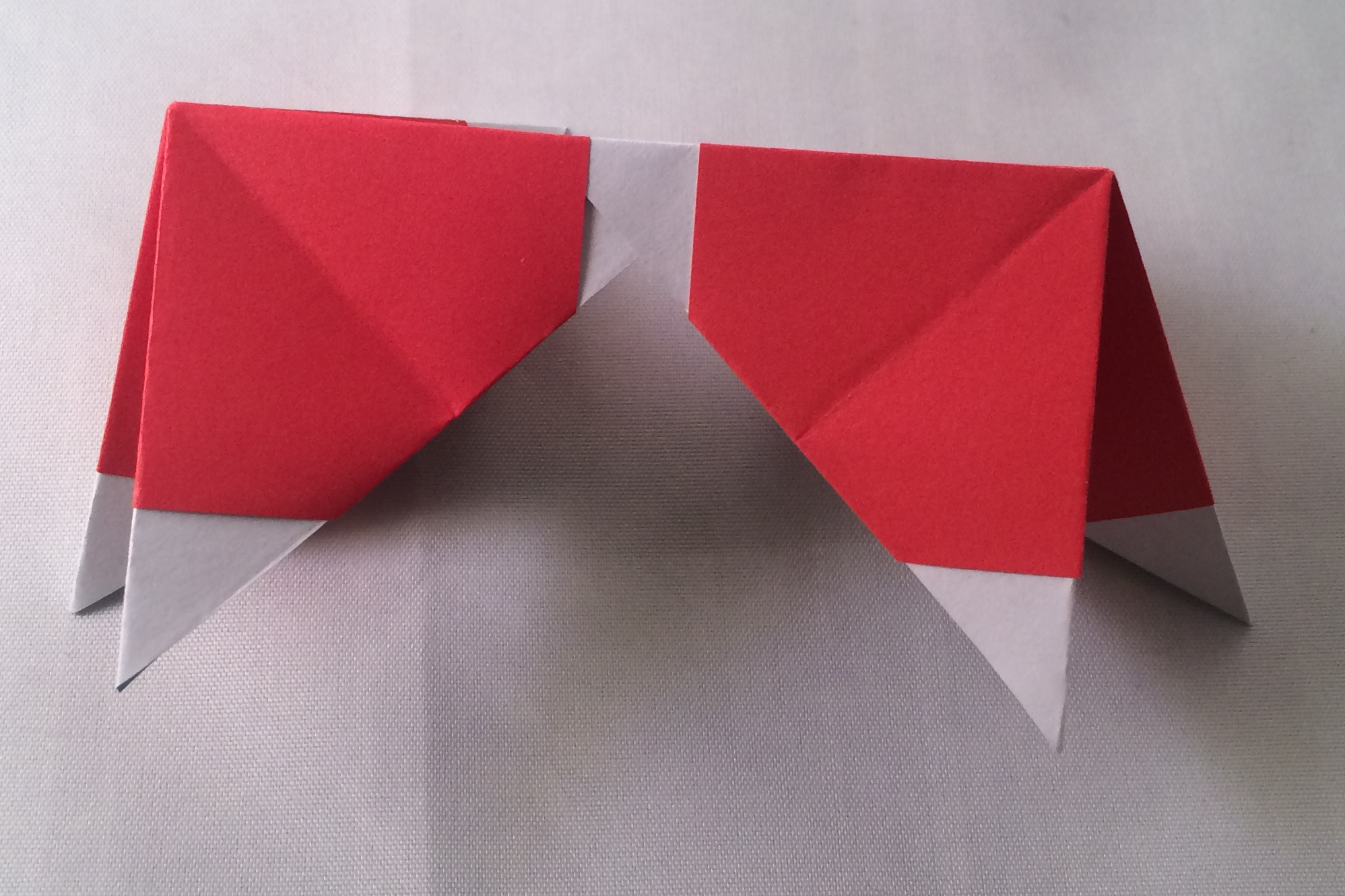 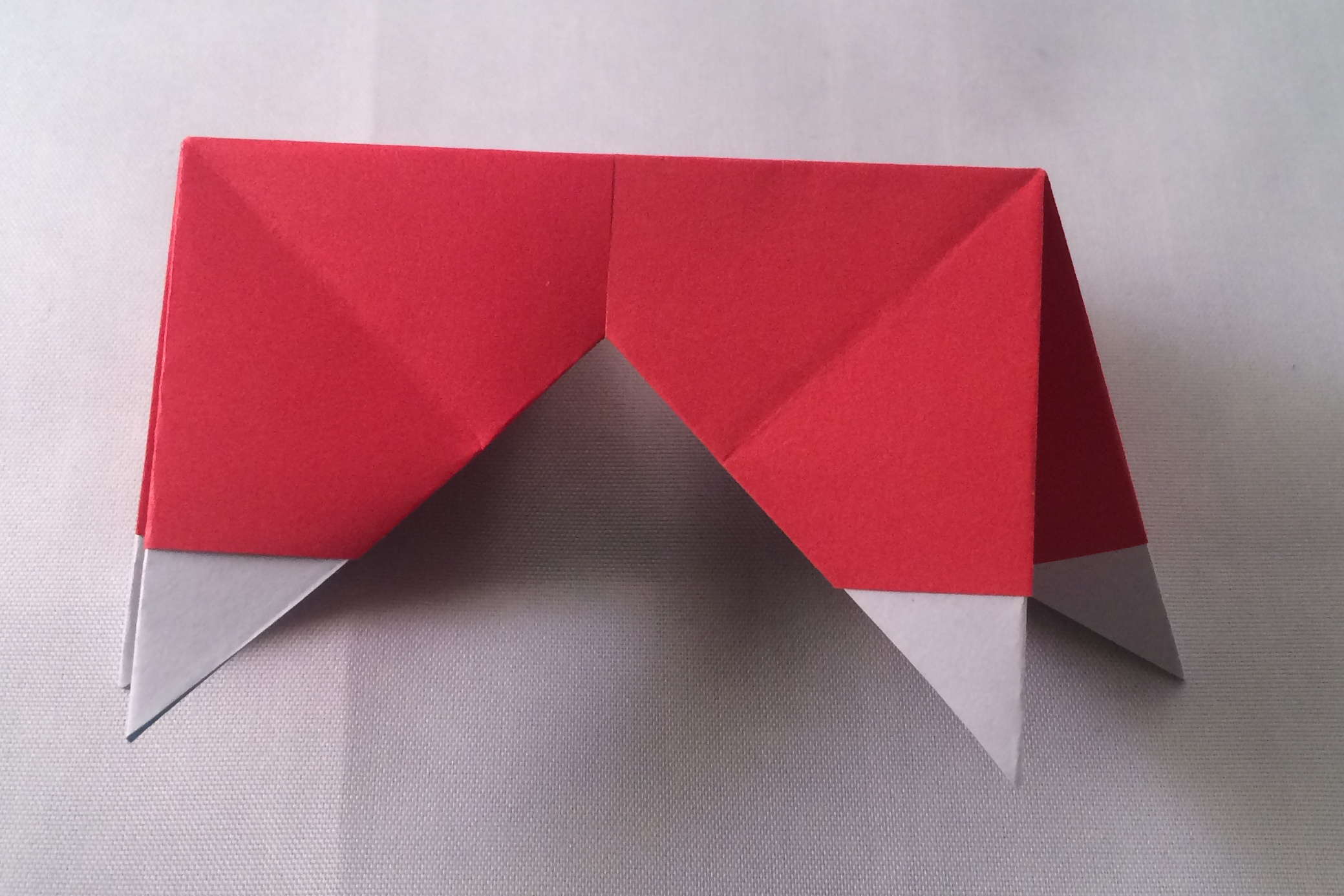 Joining the units together: Join two pieces together by putting one of the corner points between the layers of another piece. When they slide together, the inside will be hidden. 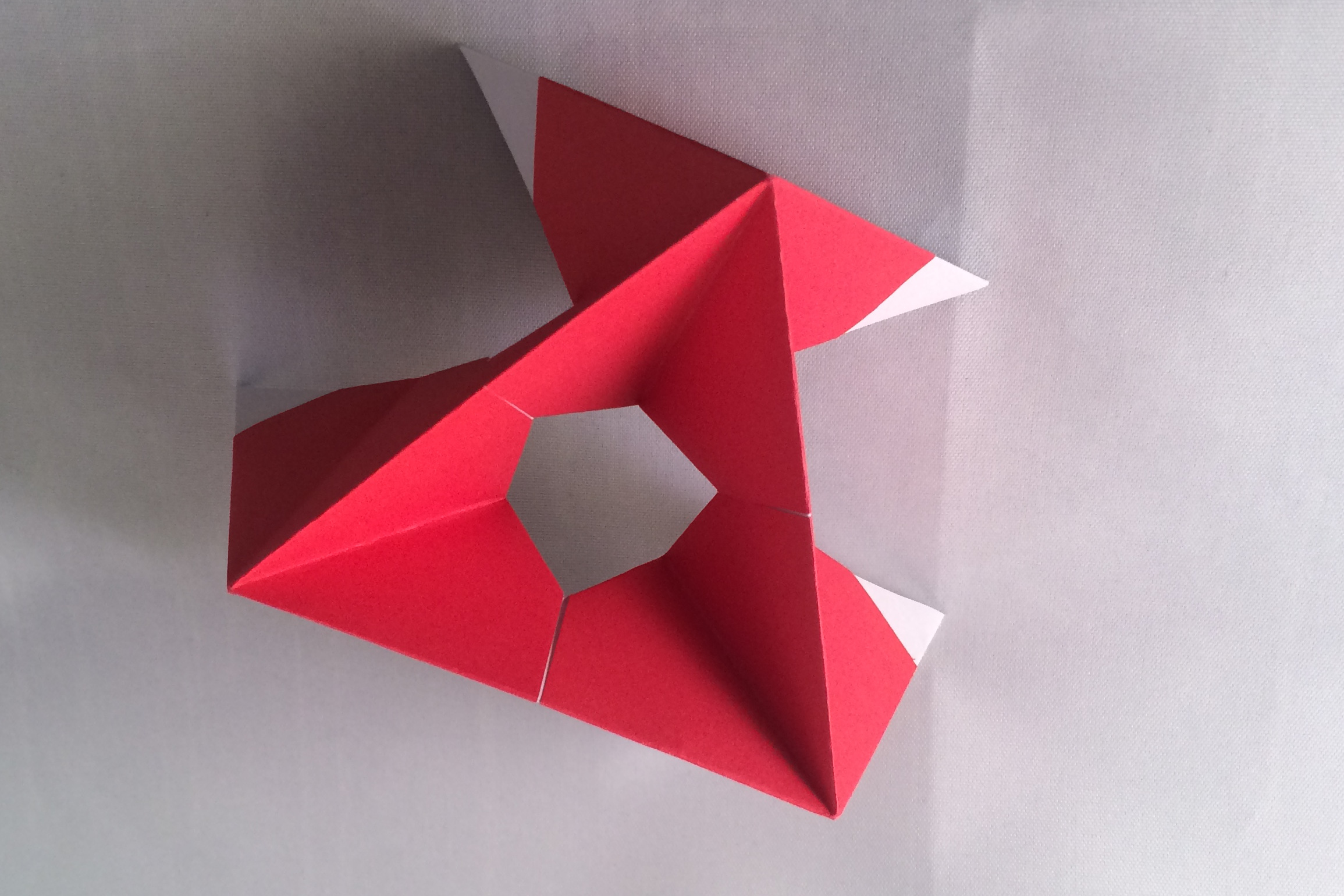 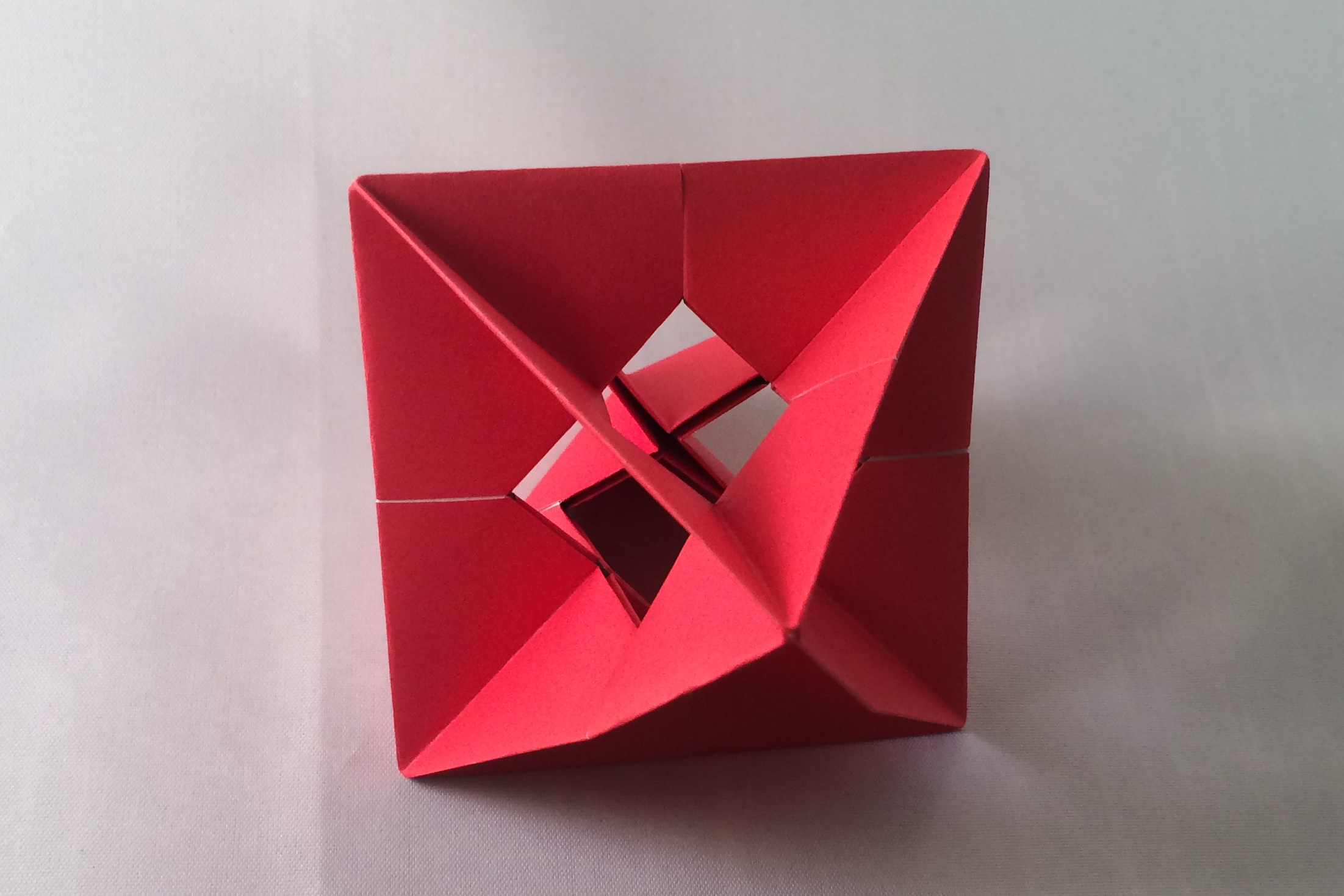 Join a third piece by forming a triangle. Continue joining pieces in this way until the octahedron is complete.