How to Fold a Traditional Origami Star

This simple star is one of my favourite pieces of traditional origami. I’m going to show you how to fold it in only eight steps.

Start with a square piece of paper. Only one side the paper is visible when it is finished, so if your paper is coloured on one side, Start with the coloured side face down. 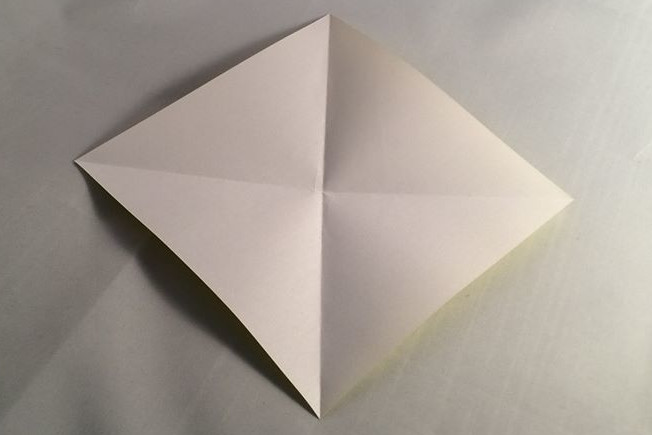 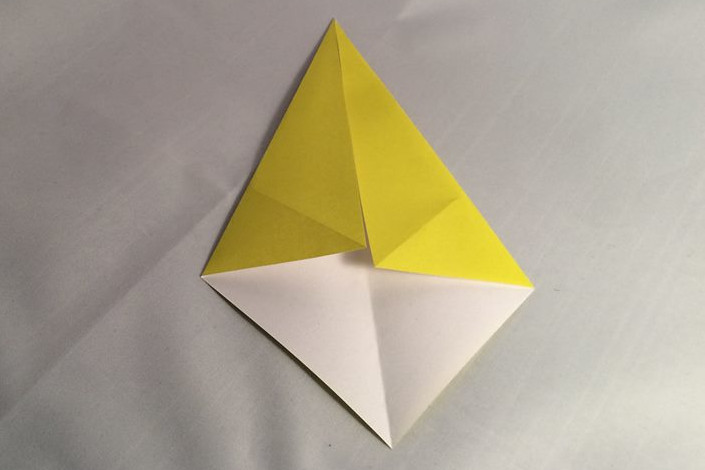 Step 1: Fold the page in half along a diagonal. Unfold. Repeat on the other diagonal.

Step 2: Fold the top sides in to lie along the vertical crease. Unfold. 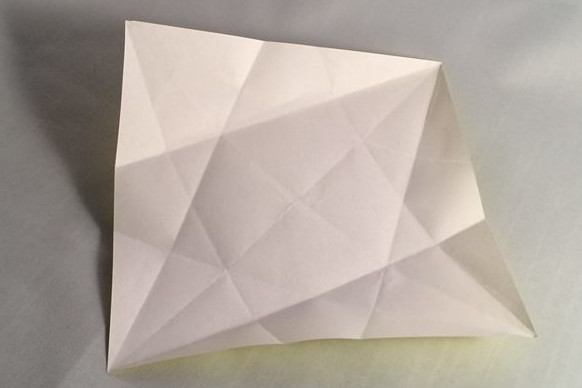 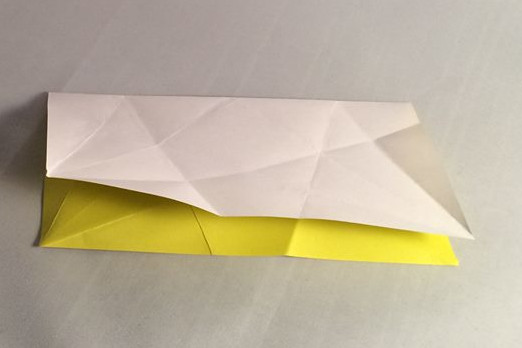 Step 3: Repeat step 2 for the other three corners. This picture shows the final crease pattern. There will be three folds meeting at each corner.

Step 4: Turn over and fold in half horizontally like a book. Unfold. (If you are using paper that is coloured on one side, the colour should be on the inside.) 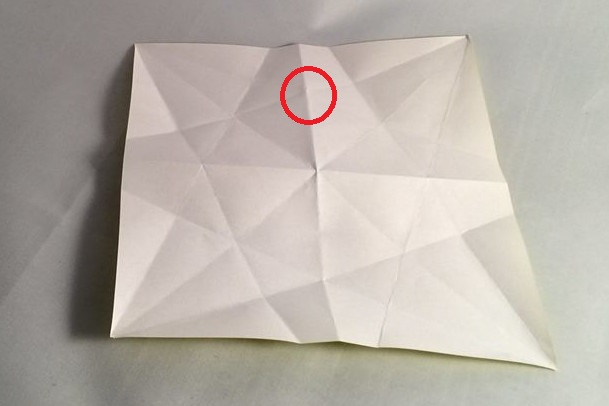 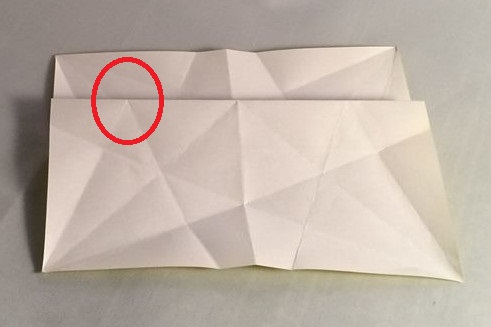 Step 5: Repeat step four by folding in half vertically and unfolding.
Step 6: Turn back over. Find the point shown in step five. It is where the vertical fold meets a diagonal fold. Fold the horizontal crease up to meet the highlighted point. Keep the folds parallel to the top edge. 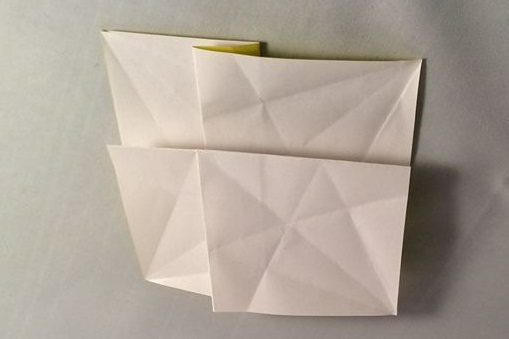 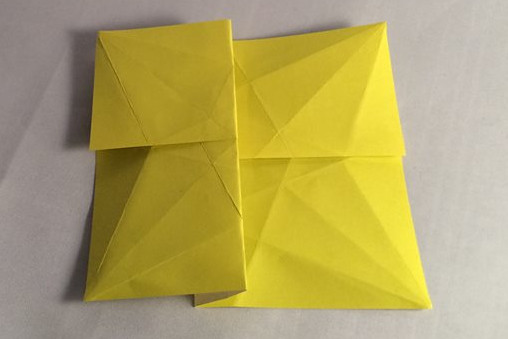 Step 7: Find the point shown in step six. Fold the vertical crease towards the left to meet the point. Done correctly the diagonal line is reconnected and there is now a small and a big square. If you turn over, the front is neatly divided into quarters. 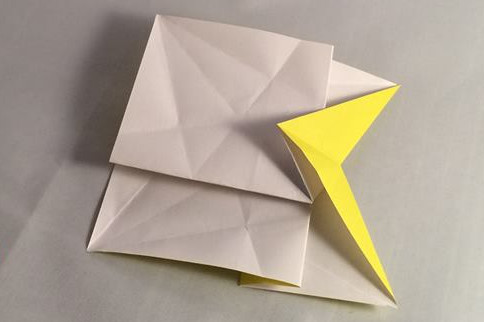 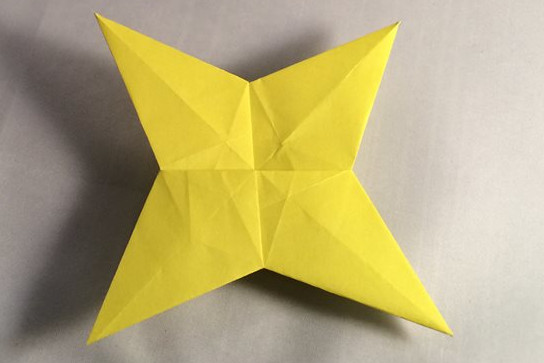 Step 8: Nearly there! From now on we don’t make any new creases in the paper. Fold the raised corner from the right edge to the centre of the paper. Just put your finger inside the flap and pull it across. You may need to squash the paper down. Repeat on the other three sides.

Turn over and your star is complete!