Ten of my Favourite Chinese Words 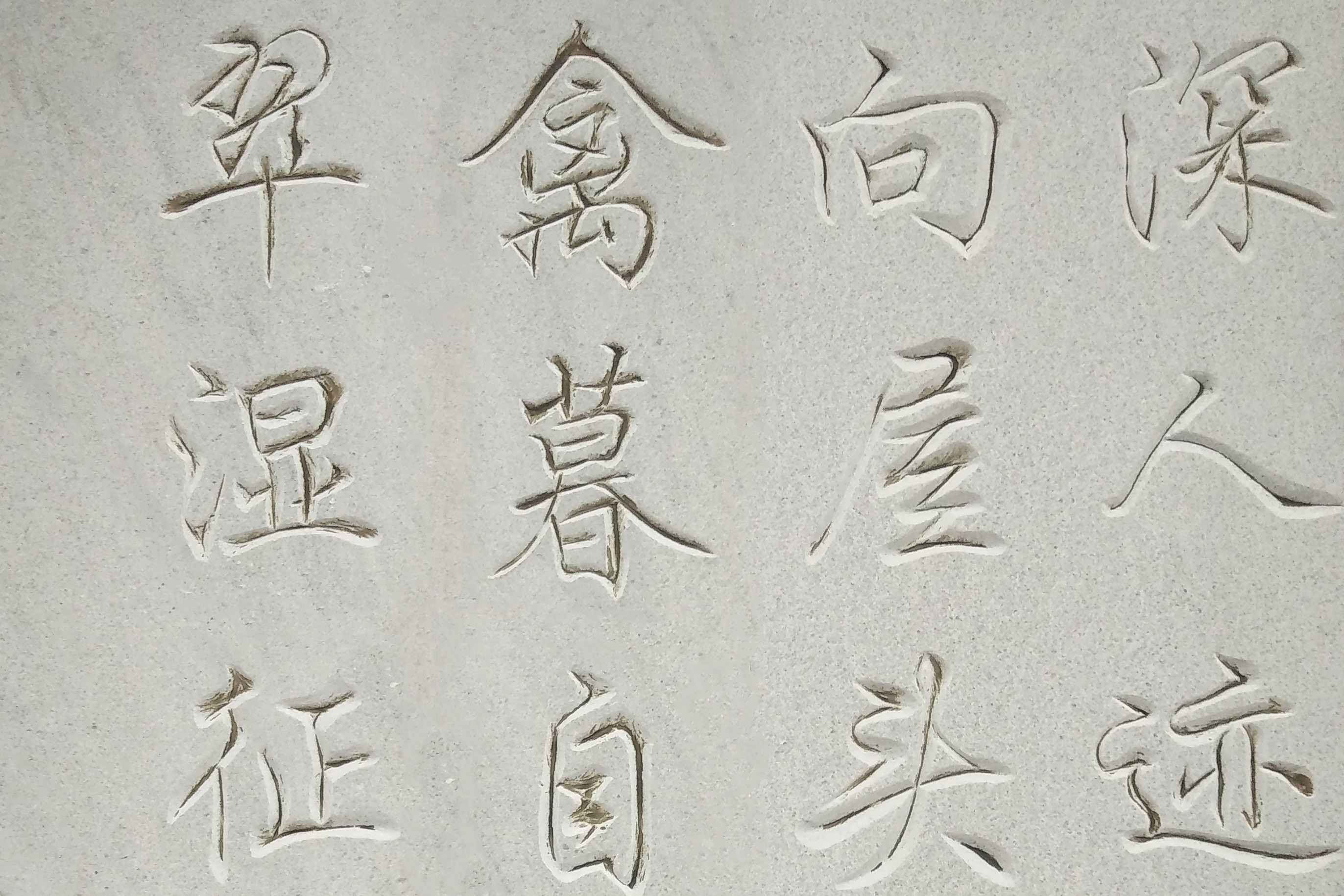 Chinese is a language that fascinates me, especially the writing system.

I find it inherently beautiful and mysterious, and as you start learning it, every word has it’s own story or quirk. Here are ten of my favourite Chinese words. 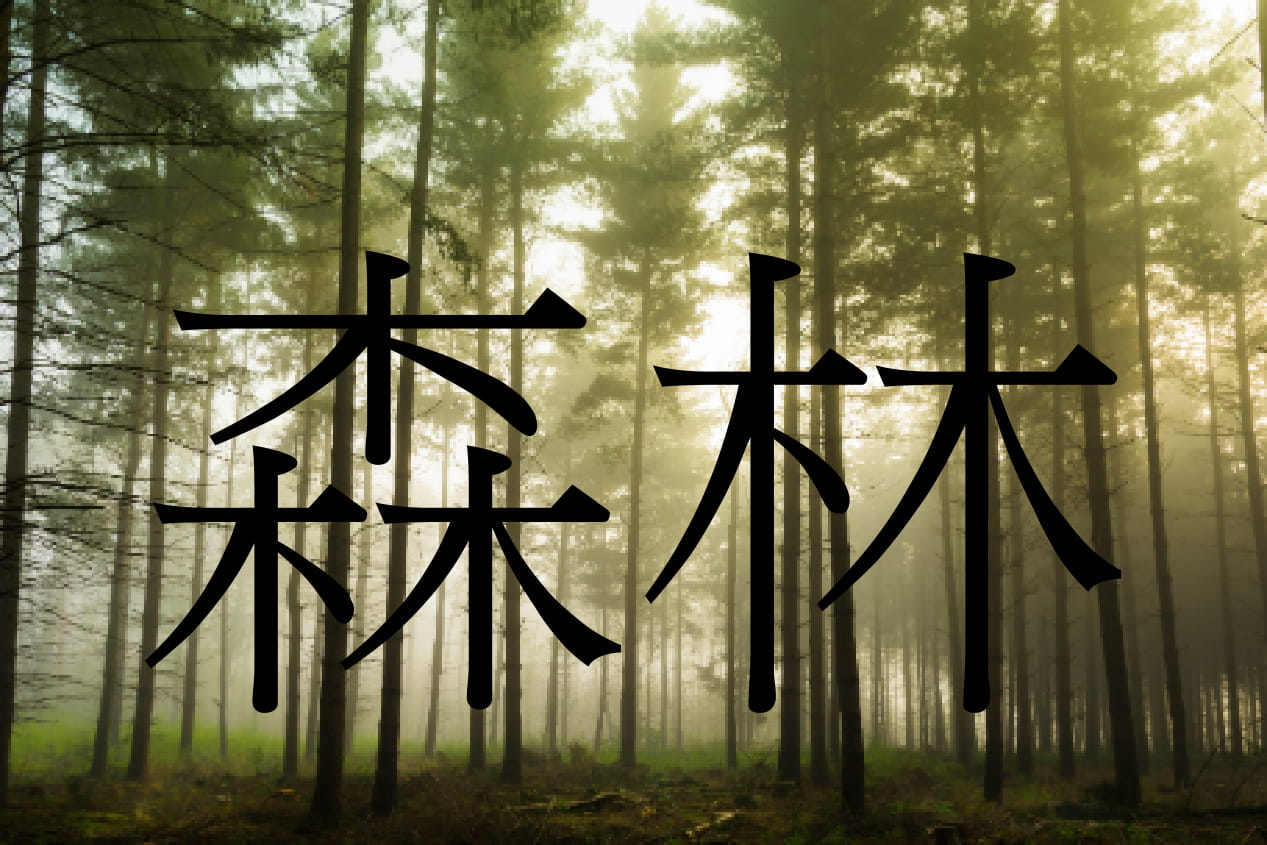 How many trees are there in a forest? Well in Chinese there are five. The Chinese for tree is 木. It is a simple pictogram, so it is a picture of the meaning. Combine five of them to get 森林 which means forest. 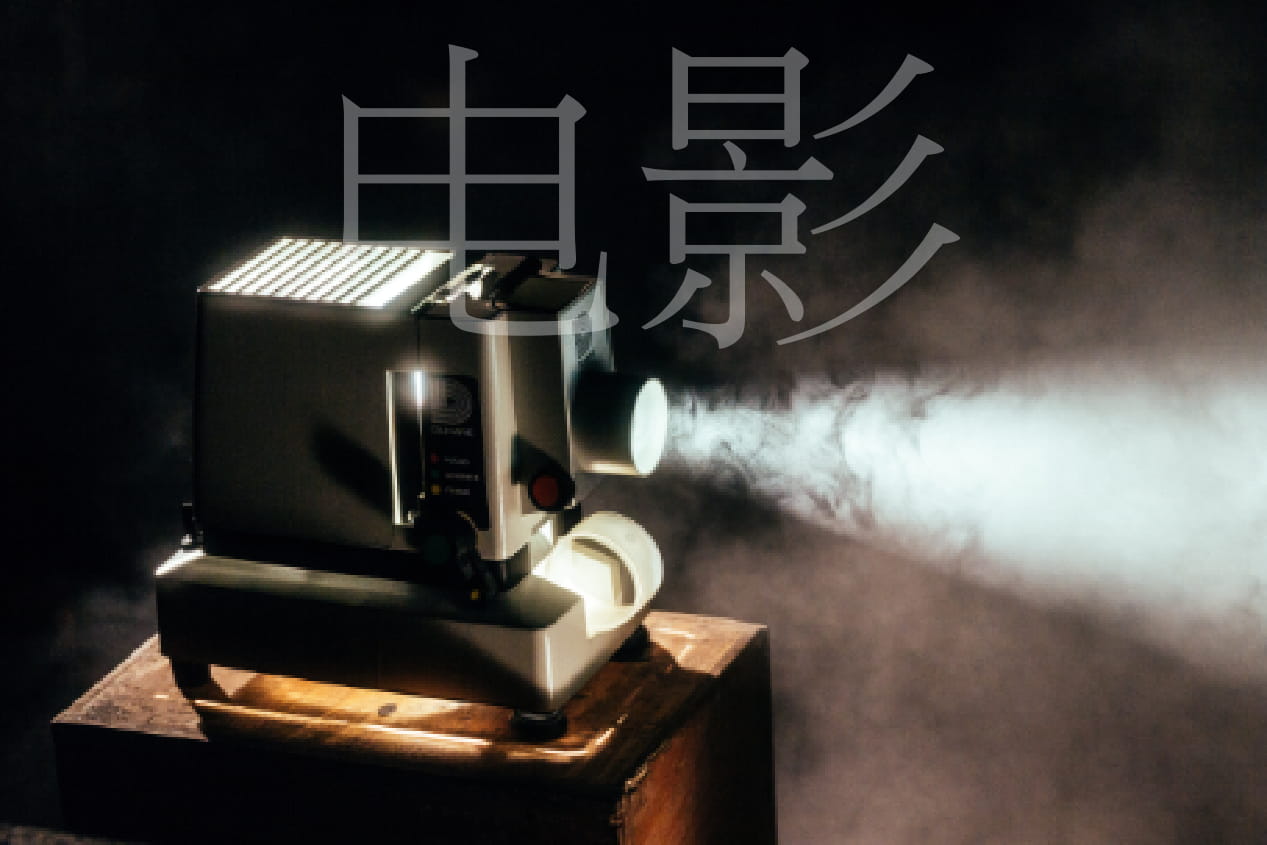 Chinese words can be incredibly evocative. One of my favourites mixes electricity (电) with shadows (影) to make electric shadows (电影) or as we usually say ‘cinema’. 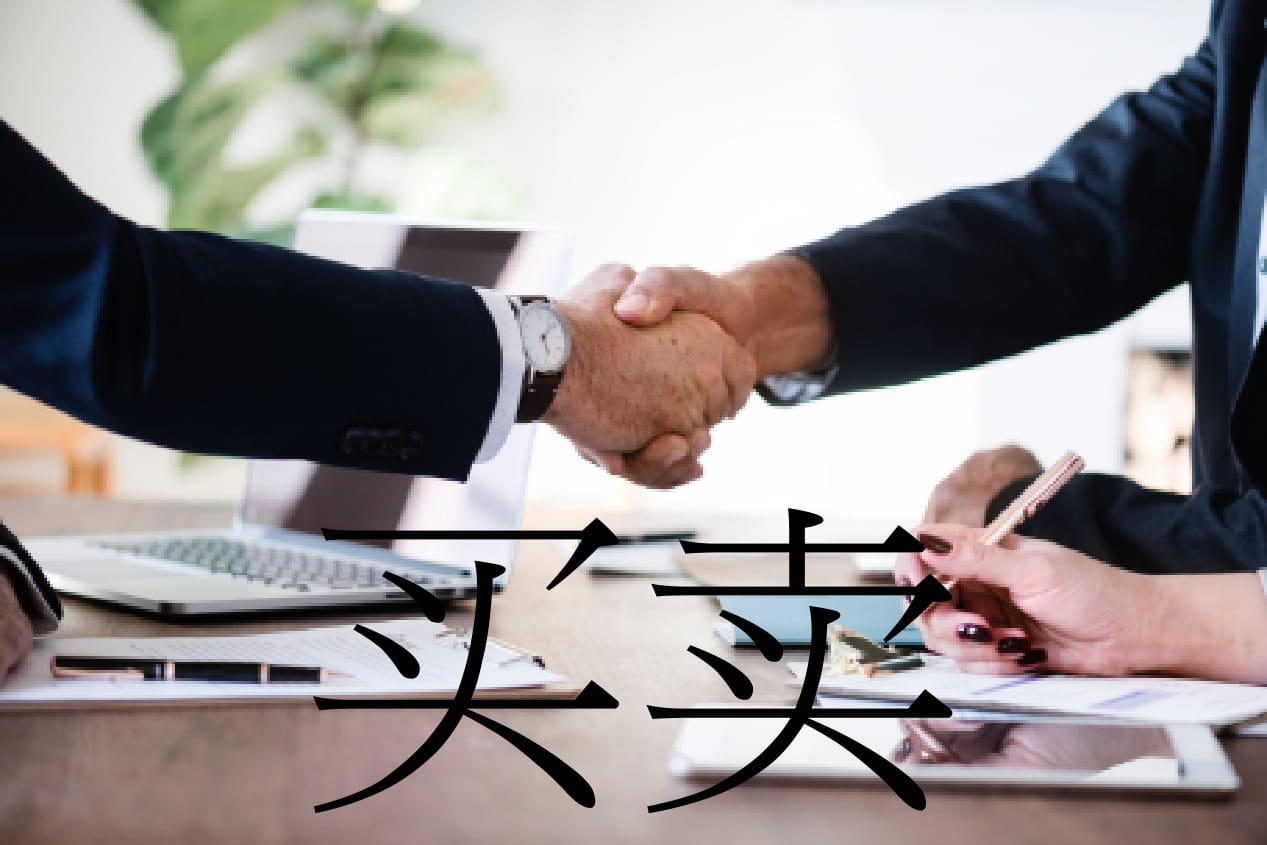 What is a business? Well they buy things and sell things or buy-sell for short. That is where 买卖, the Chinese word for business comes from. It’s a picture of two people at the market haggling over prices! 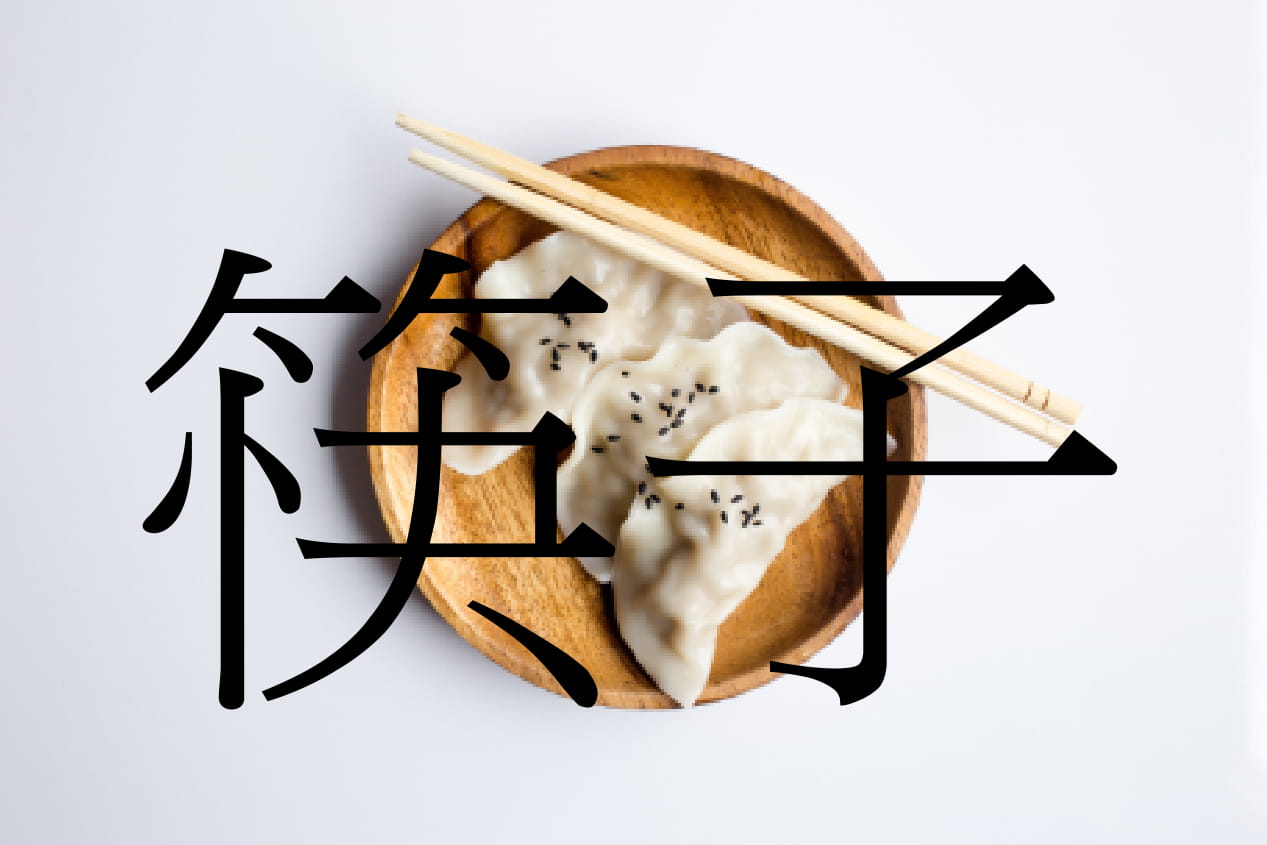 Chinese is often thought of as not being phonetic, so that you can’t see the pronunciation of a word from seeing it written down. However many characters are made of different pieces and can combine phonetic elements with clues to the meaning.

I love using chopsticks so let’s look at chopsticks (筷子) as an example. The character 筷 is pronounced exactly the same as 快 which means fast. The extra symbols in 筷 represent bamboo. Putting ‘bamboo’ and ‘fast’ together gives us chopsticks! 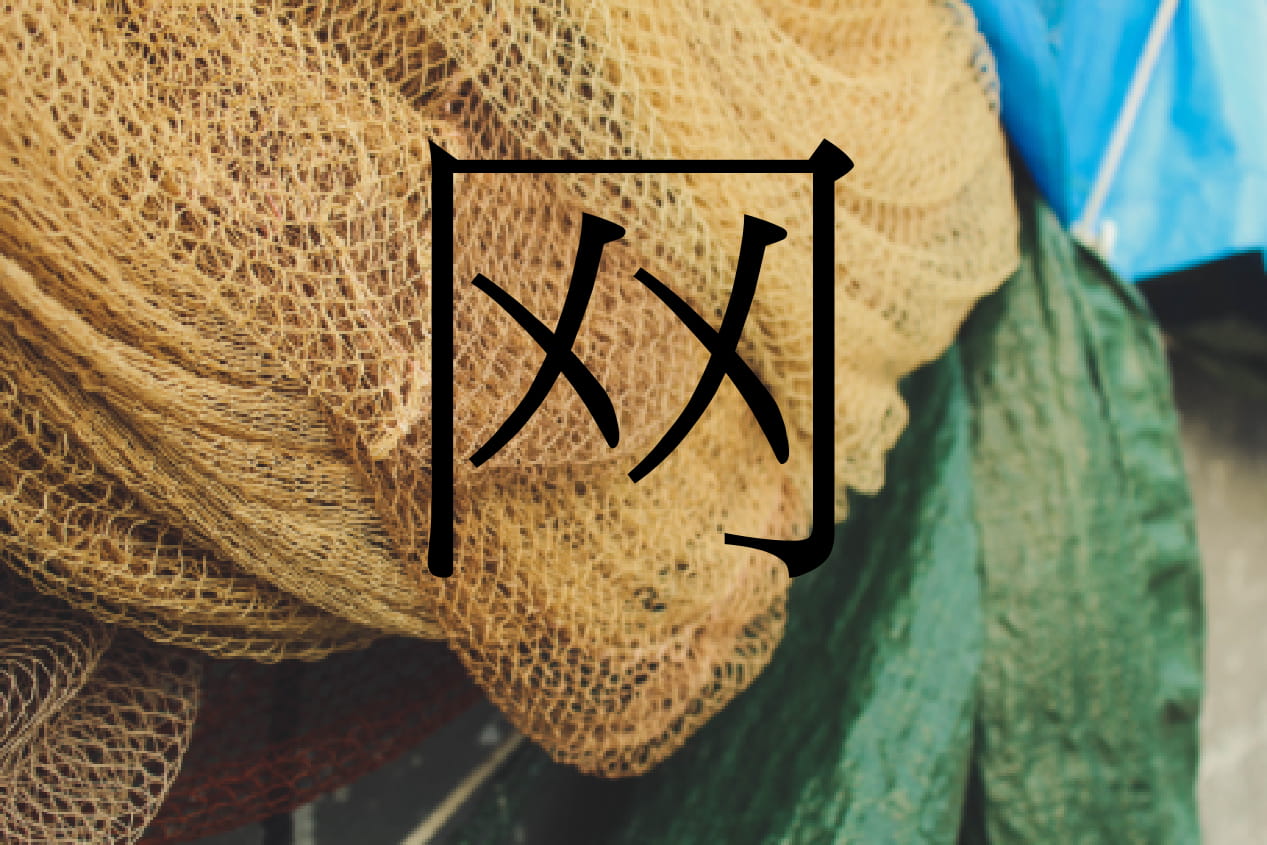 Yet another pictogram on this list. The Chinese 网 for net is simply a picture of a net. This was a very useful character to learn for me when I lived in China. I used it to find anything internet related such as the machines for printing train tickets booked online. 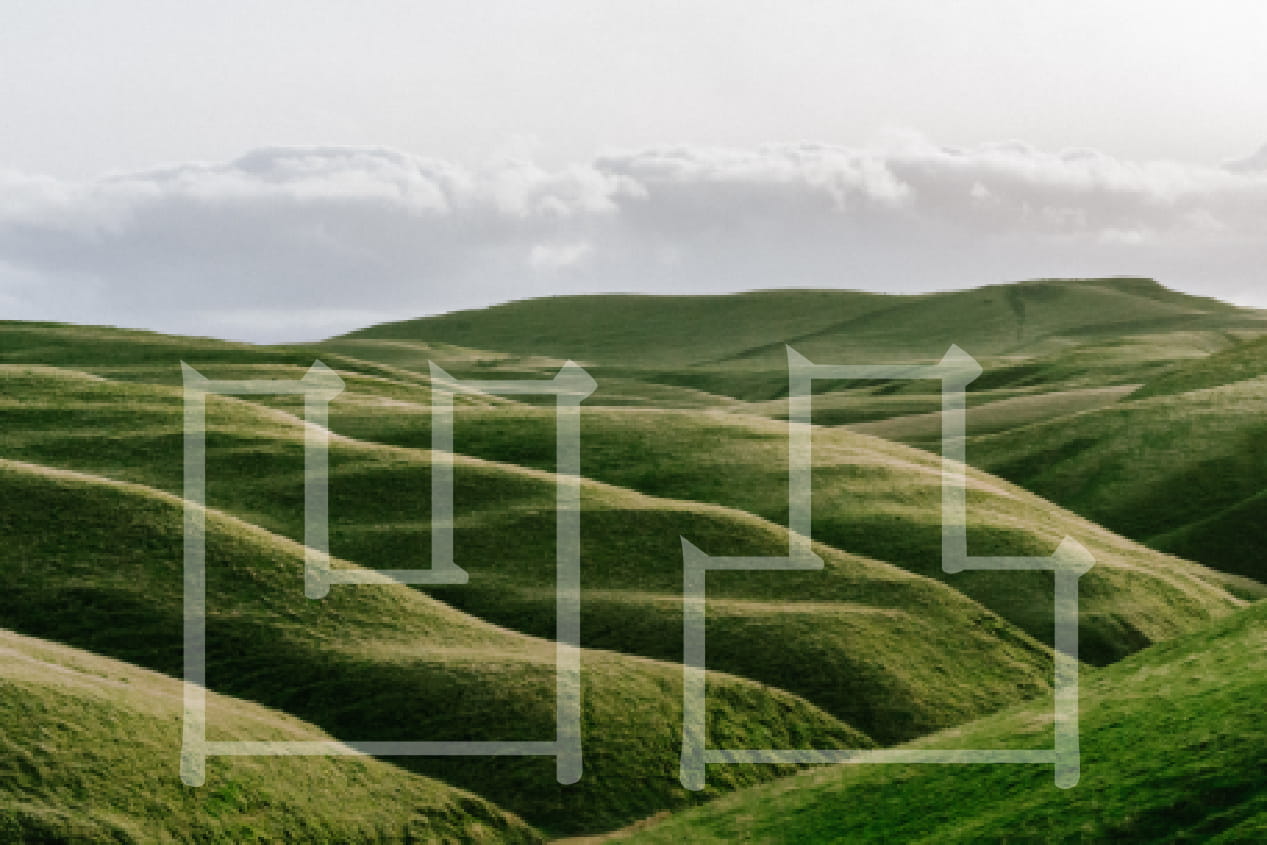 This is another character made of contrasting syllables. 凹 represents indentations where as 凸 shows a bulge. Combining them gives 凹凸 which means rough or bumpy. These characters are so angular, they look almost nothing like other characters. 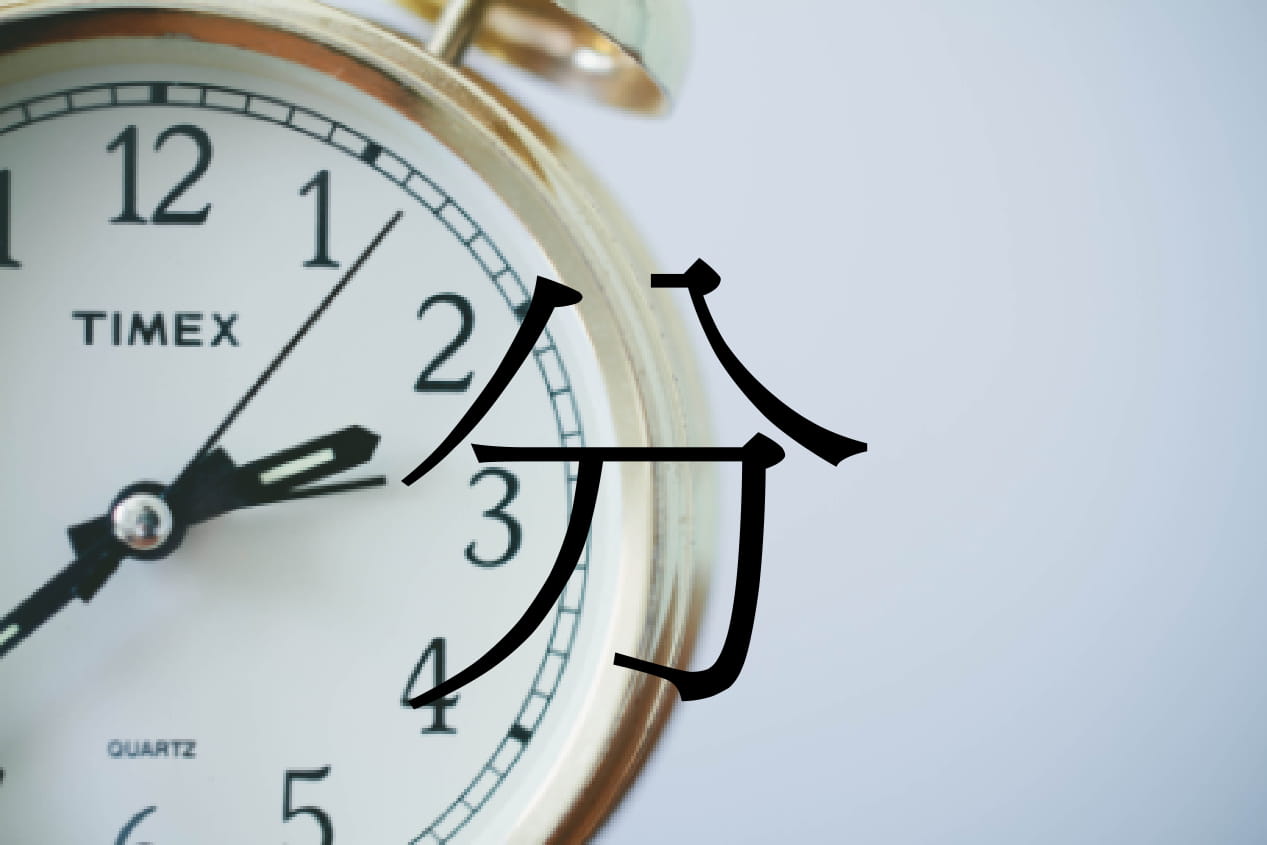 If you are telling the time in Chinese, 分 or divide is the word to represent minutes, or the divisions of an hour. It represents the character for the number 8 八, being cut in half by the character for knife 刀. I love the way this pictograph includes the motion of cutting, caught in mid-act. 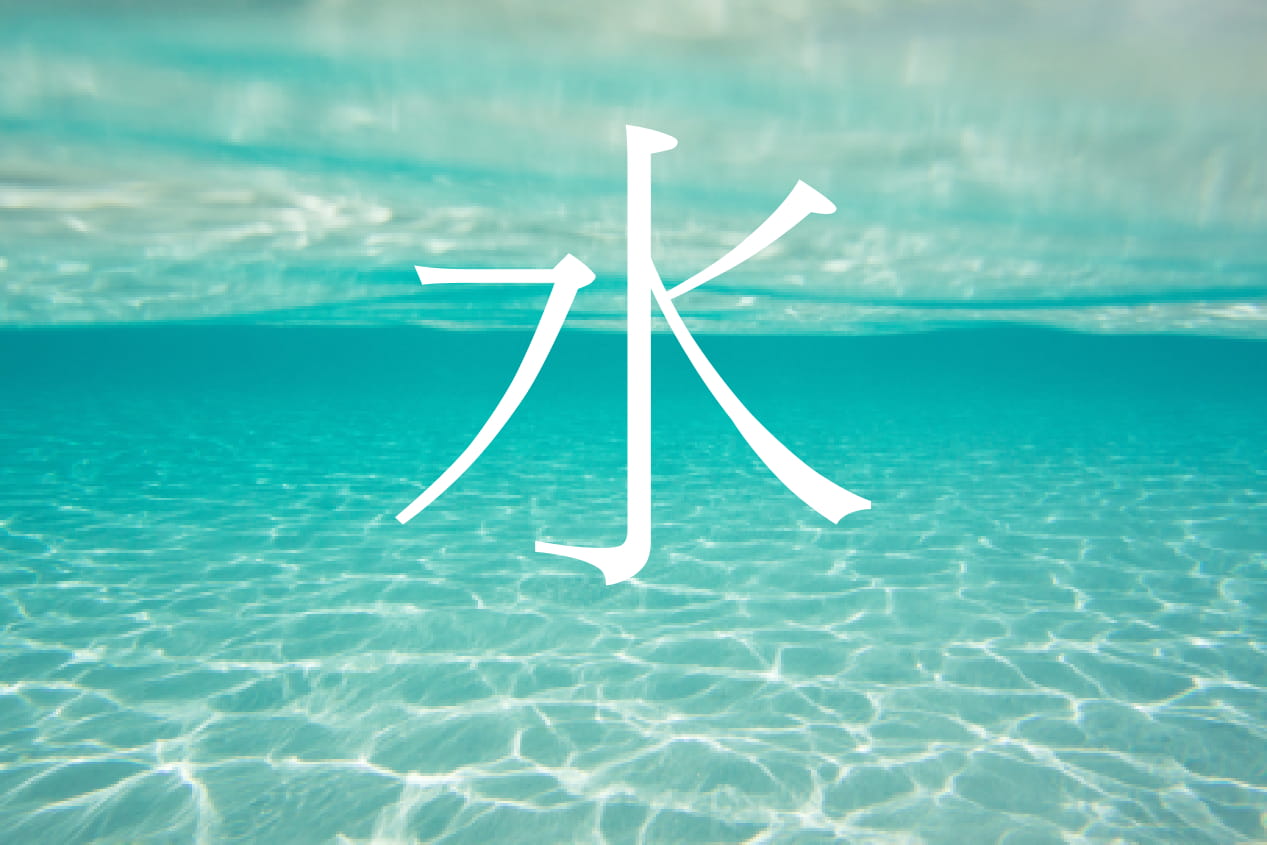 Learning to write Chinese is very difficult. There are so many complicated characters, and even a simple word like 我 (I) can be a challenge to write neatly. But every character no matter how fiendish is made up of the same eight simple brush strokes. The character for water, 水, contains one of all eight brushstrokes, from the dot to the vertical to the bending stroke.

They say that if you can master this one character, you can master Chinese calligraphy. And calligraphy is a big deal in China, where calligraphy exhibitions draw in crowds that would be impossible in the west. It has long been seen as an art-form of creativity and self-expression akin to poetry and historically more important than painting. 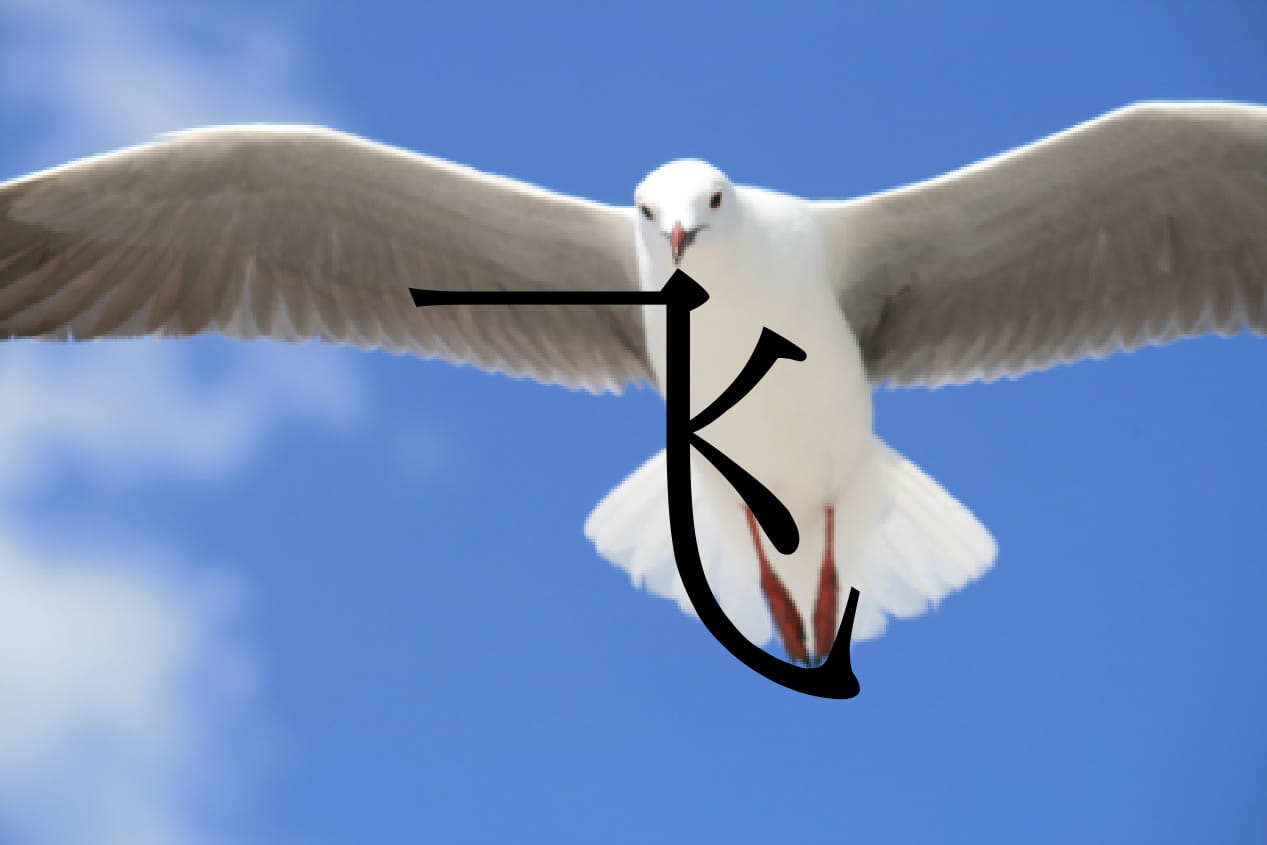 This is possibly the cutest of Chinese pictograms. 飞 means fly and it looks like a little bird in flight. It appears in such words as 飞机 which means aeroplane or literally translated, flying machine. 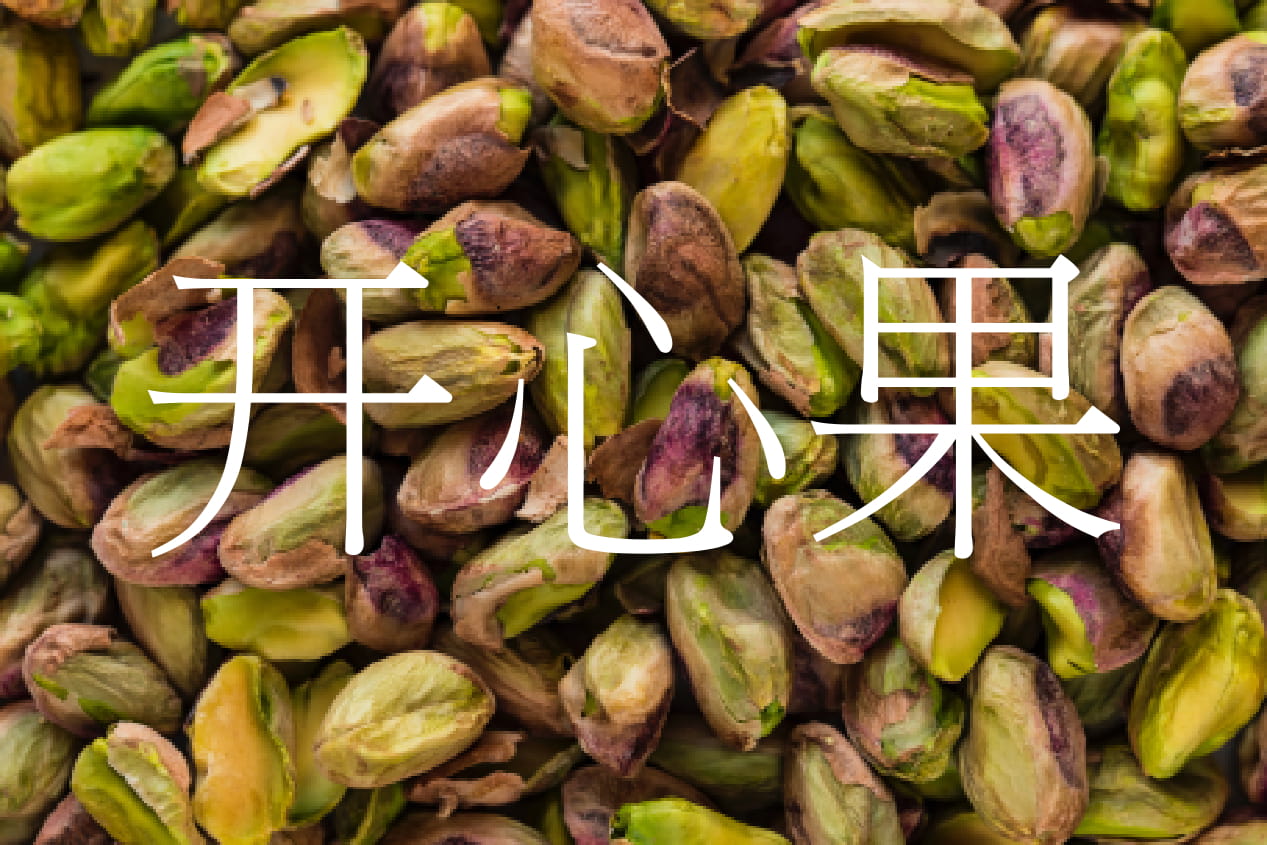 One of my favourite things about Chinese is the way that in many words every syllable contributes to the meaning of each word. In English the pis, tach, i and o in pistachio are meaningless. In Chinese, the word for pistachio is made up of three simple words. 开 means open, 心 means heart and 果 means fruit. Putting them together gives us 开心果, open heart fruit or pistachio.