My Top Ten most Beautiful Cities in Europe

I’ve done a lot of travelling around Europe, but I haven’t visited every corner. Most of these cities are ones I’ve already been to, but I’ve also included a couple that I would love to visit. Putting all these wonderful places in order would be too difficult, so I’ve just listed them in alphabetical order. Let’s get started! 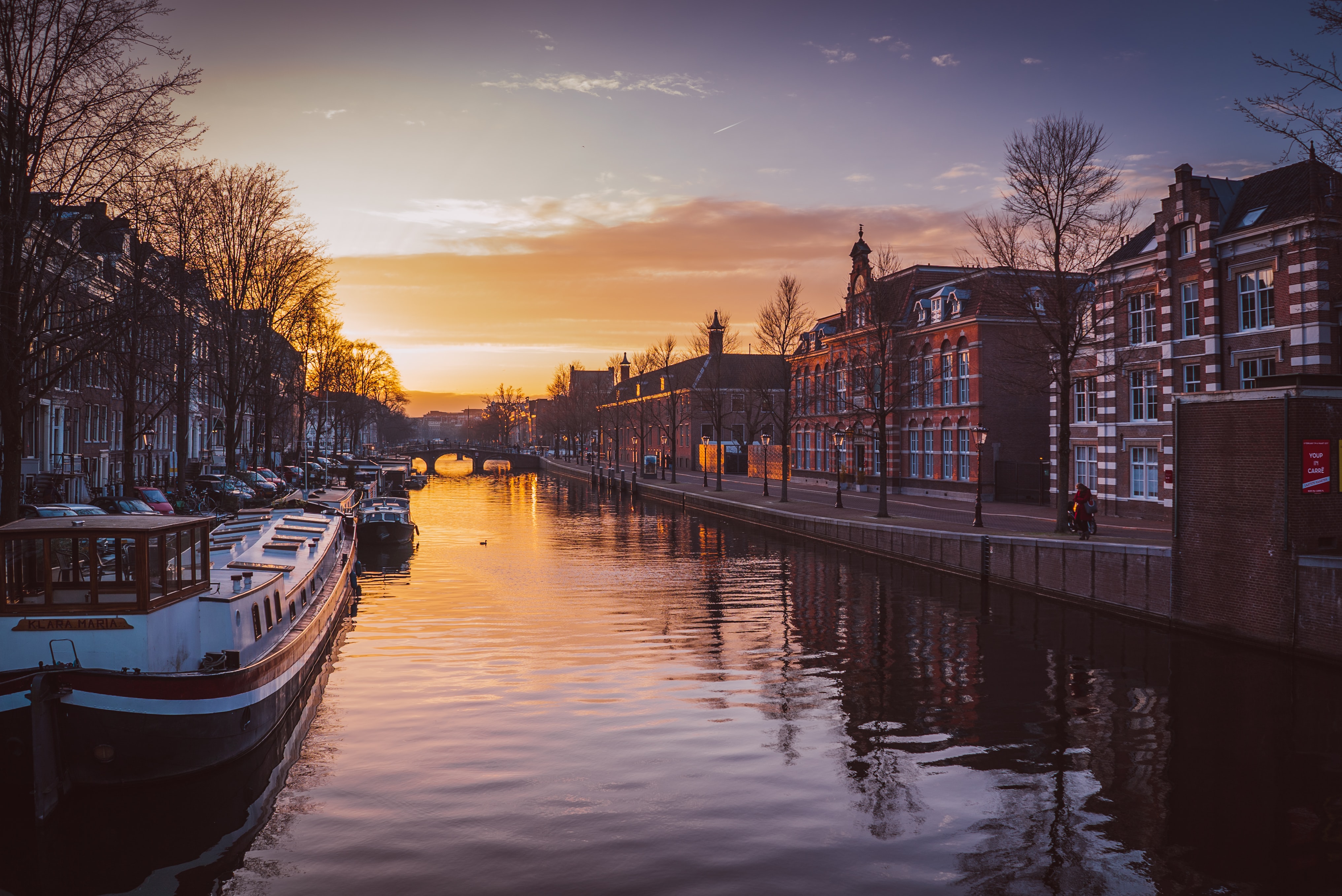 Starting with A for Amsterdam, a city I’ve been to many times. Amsterdam has it all, history, art galleries and nightlife. No matter what brings you to Amsterdam, you will fall in love with the beautiful network of canals and bridges that define the city. With over 100km of canals and 1,500 bridges there is always more to see. My favourite canal is the tree-lined Brouwersgracht. Everything about this canal is charming, from the houseboats to the bridges decorated with flowers.

Amsterdam’s architecture also makes it unique. The canal houses are tall and narrow, with ornate facades and decorations. Many of these photogenic buildings date back to the 17th century and the Dutch golden age. I must also recommend exploring Amsterdam at night. When the bridges are illuminated and the lights are reflected in the canals, the effect is almost magical. 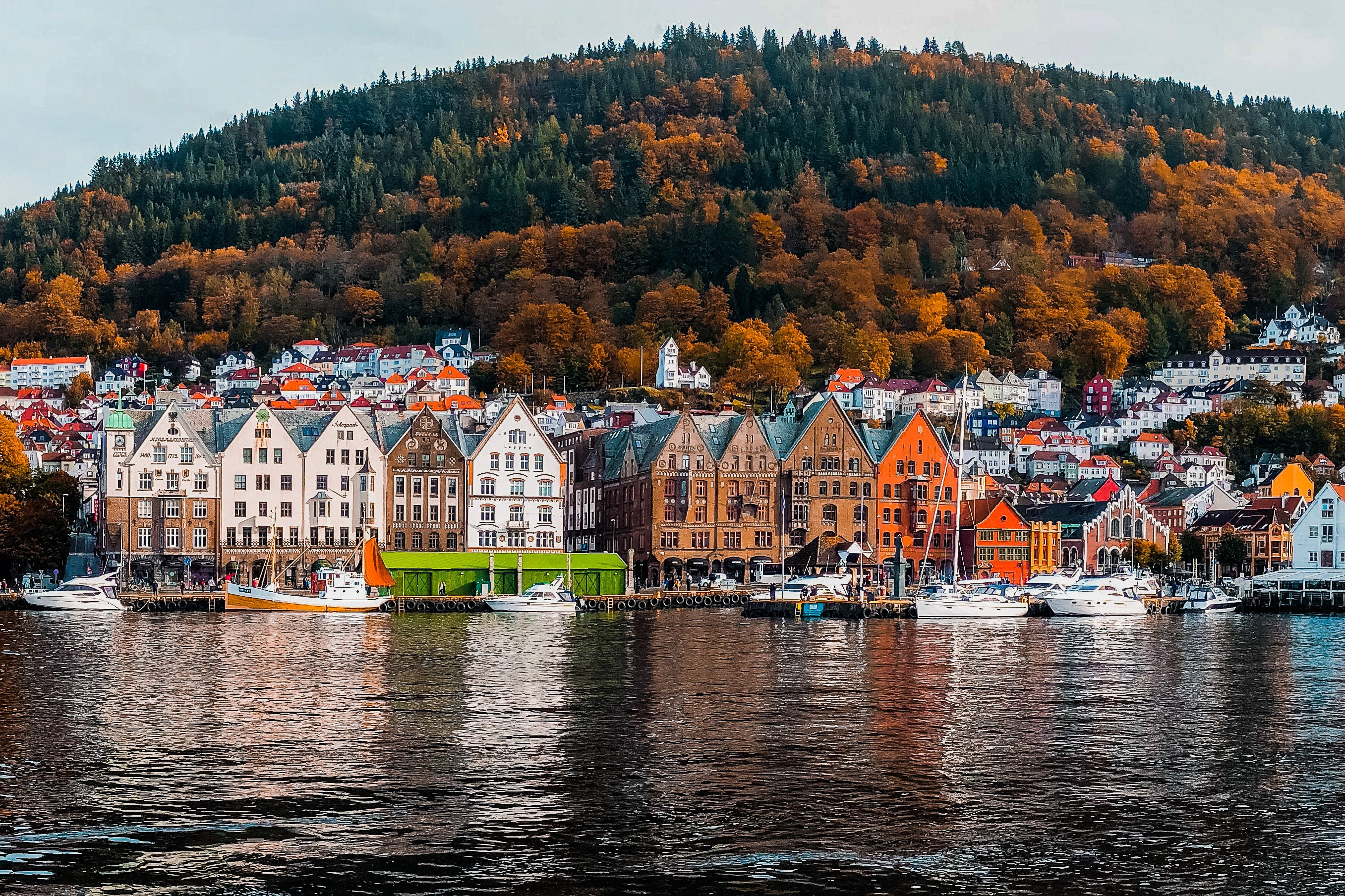 Nestled in the heart of a Norwegian fjord, Bergen’s location is truly stunning. Surrounded by mountains, you are never far from a fantastic view. You can hike through the trees and historic neighbourhoods to reach the top, or take a charming funicular railway to the top of Mount Fløyen.

The heart of Bergen is the bay, home to its most famous attraction, Bryggen. Bergen was once one of the largest and most important trading centres in Northern Europe. Once home to merchants and warehouses, these traditional wooden buildings now house museums, shops and restaurants. The combination of the Bryggen, the bay and the mountains makes for a very picturesque city. 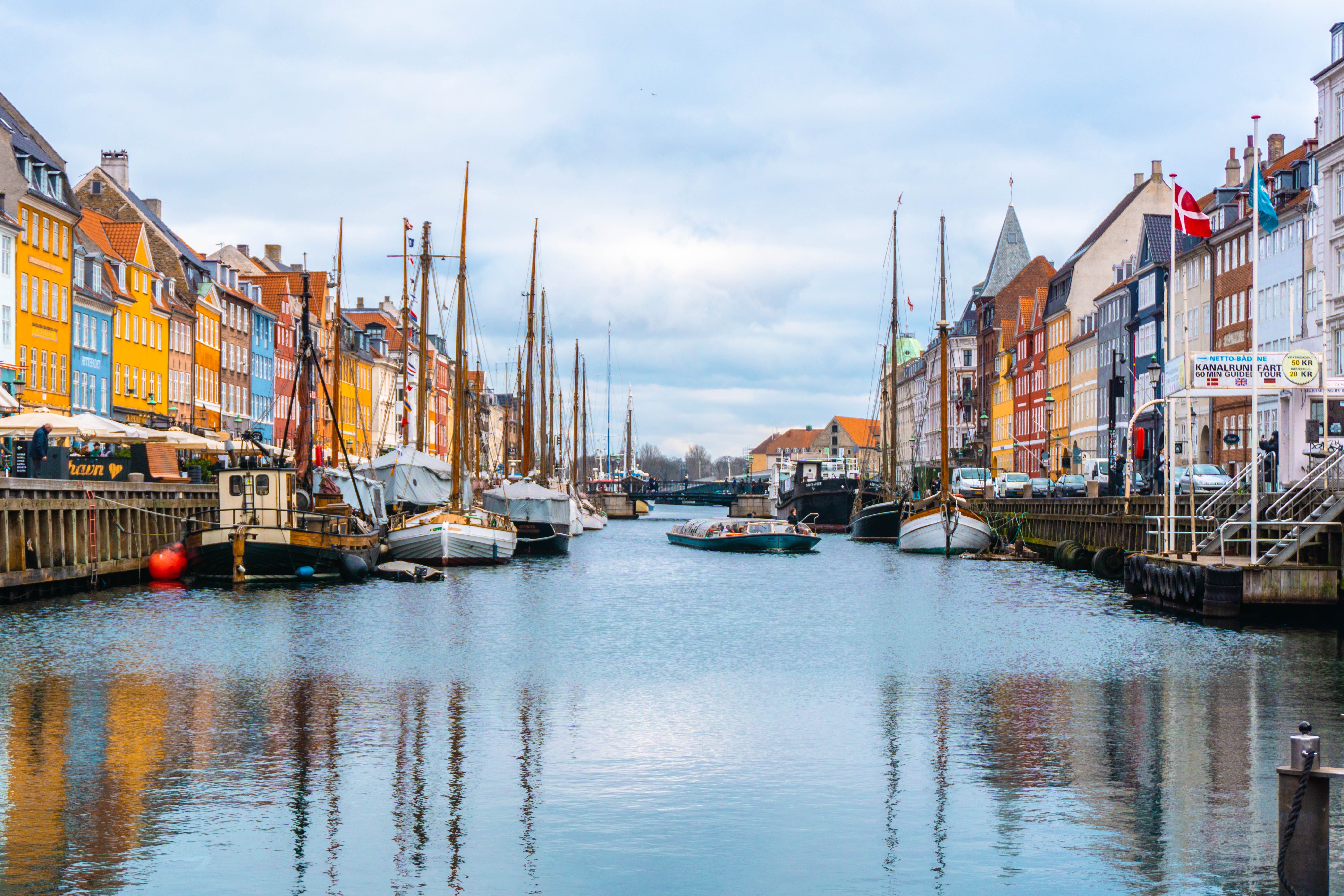 Staying in Scandinavia, Copenhagen is next on my list. Copenhagen has many different districts and each has its own character. Indre By is the medieval old town filled with historic sights. Christianshavn is famous for its canals and the free-town community Christiania. Østerbro is a quieter district home to an abundance of cafes, the beloved Little Mermaid statue and a beautiful star-shaped citadel called Kastellet. Vesterbro is one of the hippest areas and Nørrebro is a vibrant mix of different communities. With all these exciting places to explore, Copenhagen has something for everyone. Despite its size, it still retains the cosy feeling of a much smaller city, which is all part of its charm. 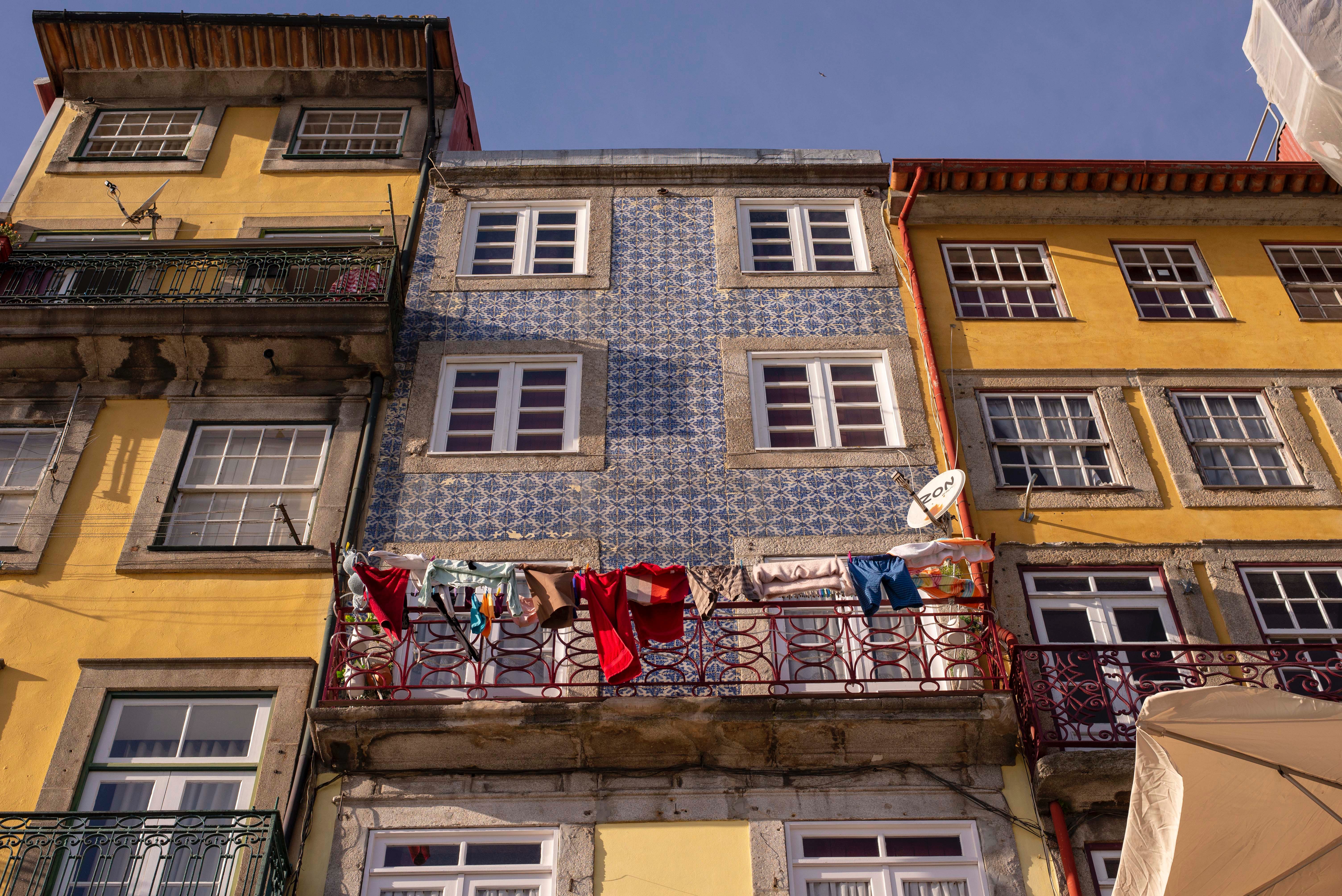 Porto is the first of two places on this list that I haven’t been to. This steep and hilly spot has been continuously inhabited since 300BC, making it one of the oldest cities in Europe. Those hills might make exploring Porto on foot more tiring, but it also makes for some very dramatic sights. Buildings rise out of the cliffs, and stairways snake up and down the hills. With terracotta rooftops, cobblestone alleyways and vibrant bars and cafes, Porto is postcard-perfect.

Porto is also fantastic for seeing the famous azulejo tiles. These colourful decorated tiles are found across Portugal and some of the most famous and most photographed examples are in Porto. São Bento Railway Station is covered in tiled murals that tell the story of Portugal’s history. Many beautiful churches also feature dazzling displays. Examples include the Church of Saint Ildefonso and the Chapel of Souls, both dating from the 18th century. But these famous tiles aren’t just found on big old buildings, they can be discovered every where you go, which just adds to the magic of this colourful city. 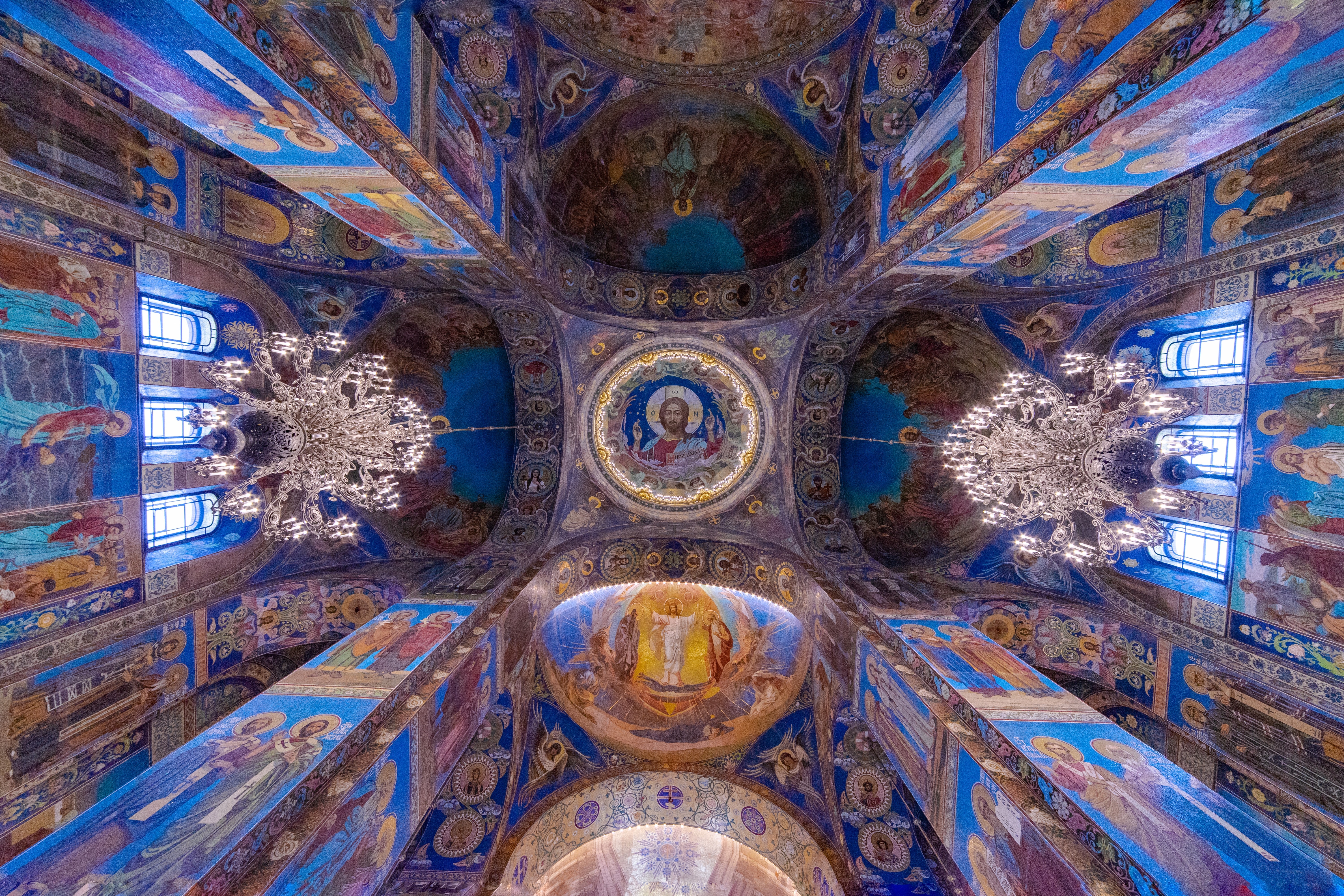 At the other end of Europe from Porto, Saint Petersburg was the capital of the Russian Empire for two hundred years. Saint Petersburg was the vision of Tsar Peter the Great who transformed a swamp into a grand city open to the West. The heart of the city is dominated by grand boulevards, huge palaces and stunning cathedrals. Pictured is the incredible Church of the Savior on Spilled Blood, richly decorated inside and out. My favourite parts of the cathedral are the two shining gold onion domes. Compared to the grim and dour churches in some countries, this cathedral is on another planet.

What if you don’t like cathedrals? Well, the Hermitage is a must see, with one of the world’s biggest art collections. The collection was started by Catherine the Great and is housed in a spectacular series of palaces. Home to da Vinci, Caravaggio, van Gogh, Picasso, and many more, the Hermitage is special. Out in the city, I loved strolling along Nevsky Prospekt, Saint Petersburg’s longest street. An epicentre for shopping and nightlife, it’s perfect for sightseeing too. As you explore this beautiful city, you’re certain to end up on this famous boulevard. 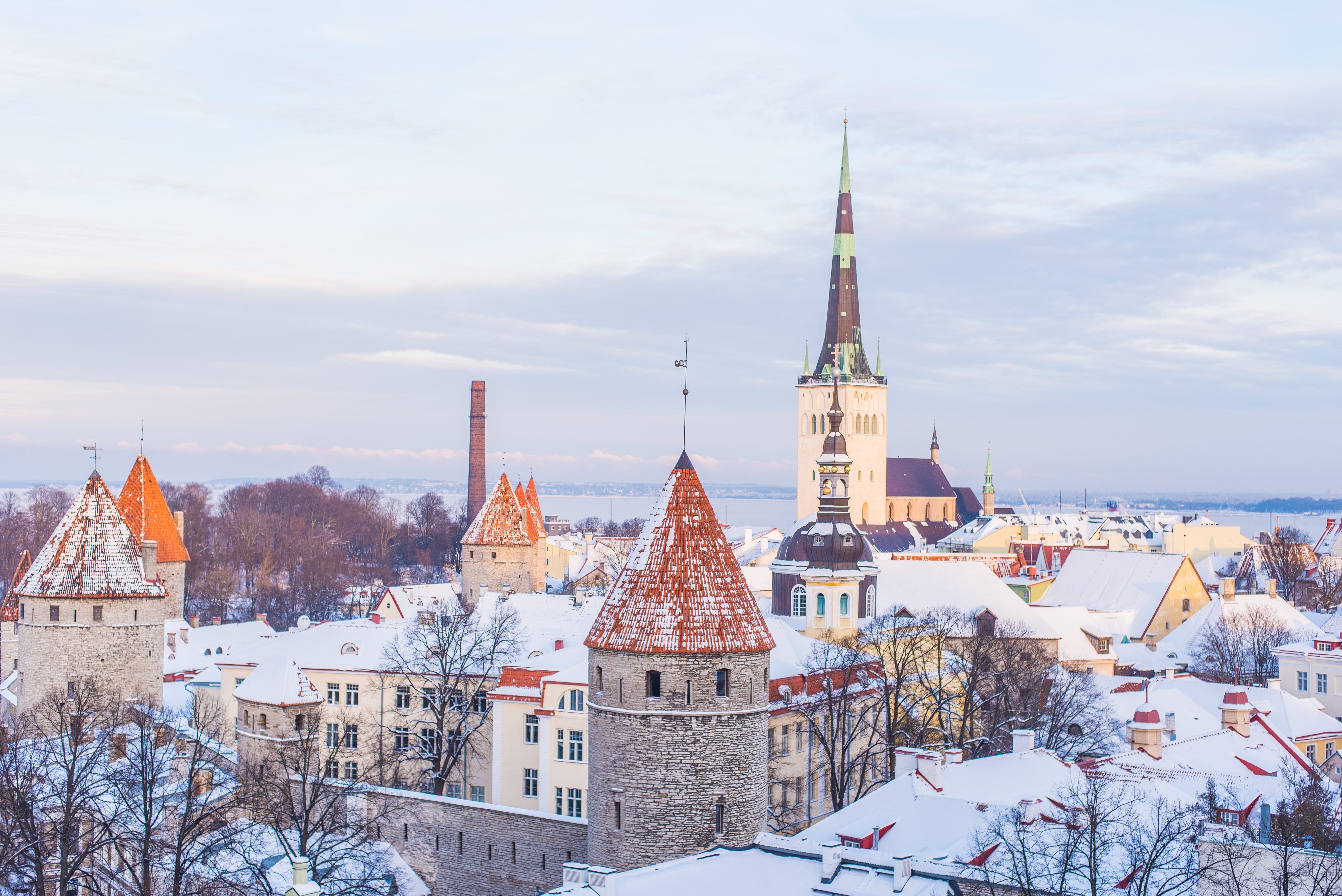 When I visited Tallinn I only intended to spend a few days there. Days became weeks as I fell in love with this amazing place. I was fortunate enough to visit during January when the city was covered in snow and there was only a handful of other tourists. It was a winter wonderland, although I can assure you Tallinn would be pretty at any time of year. The medieval old town is one of the best preserved I have ever seen. In fact the medieval feel is kept alive at restaurants that serve medieval food and beer and play medieval music. You really do feel like you are being transported back in time.

At the heart of the lower old town is the market square and the old town hall which is over 600 years old. Climbing up to the upper half of the old town is rewarded with spectacular views and some beautiful cathedrals. Surrounding all of this are impressive fortifications and bastions. The old-town isn’t too big, but it will take a long time to visit every scenic viewpoint and explore every beautiful old street. If this list wasn’t in alphabetical order, it would be much higher than number six. 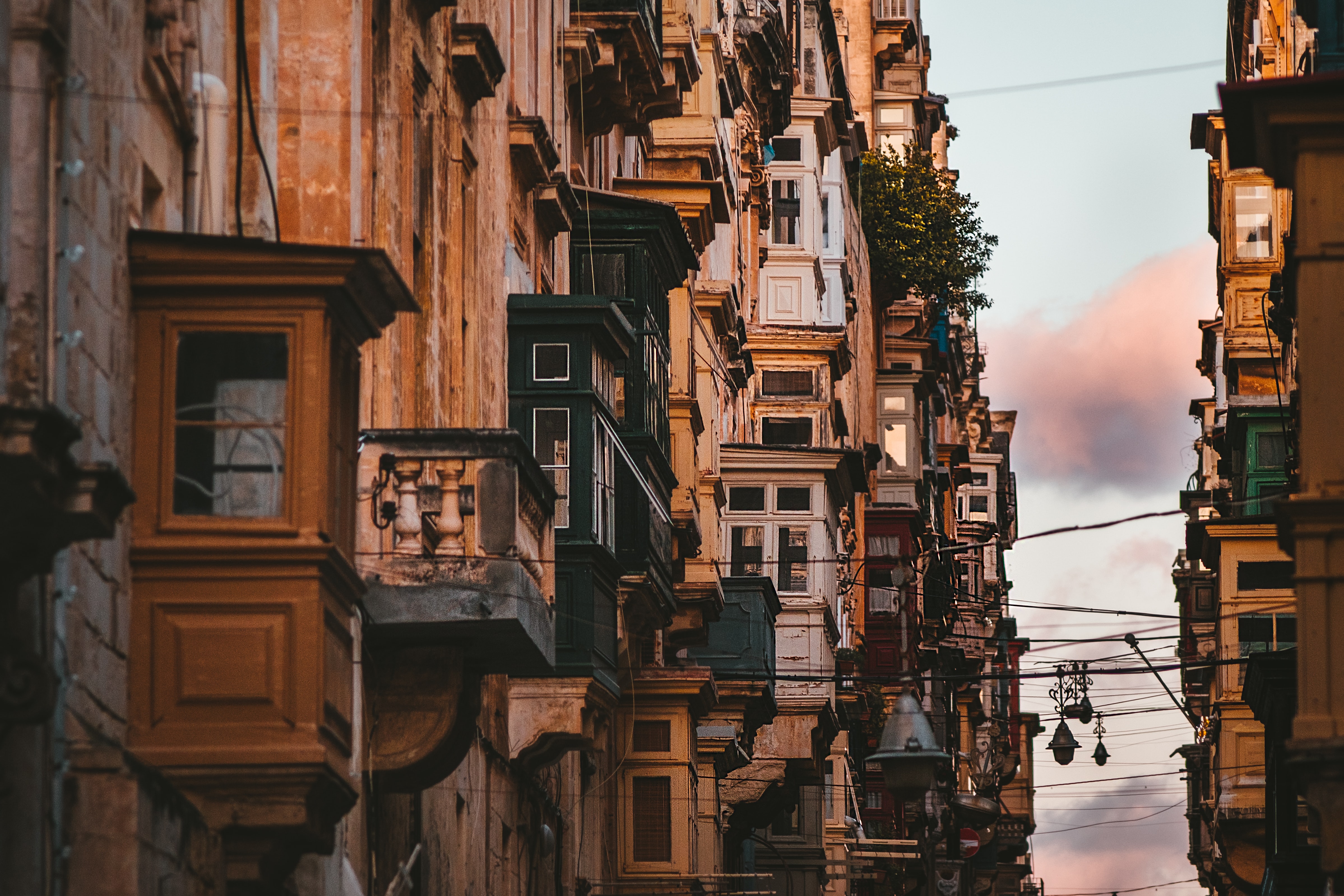 Valletta is the second city on this list that I haven’t been to. One of the most fortified cities in the world, Valletta is surrounded by walls and watchtowers that have stood for hundreds of years. Built by the Knights Hospitaller, a Catholic military order, Valletta is filled with narrow cobblestone streets. Prepare yourself for colourful balconies, small churches and statues around every corner. I really hope I get the chance to visit one day. 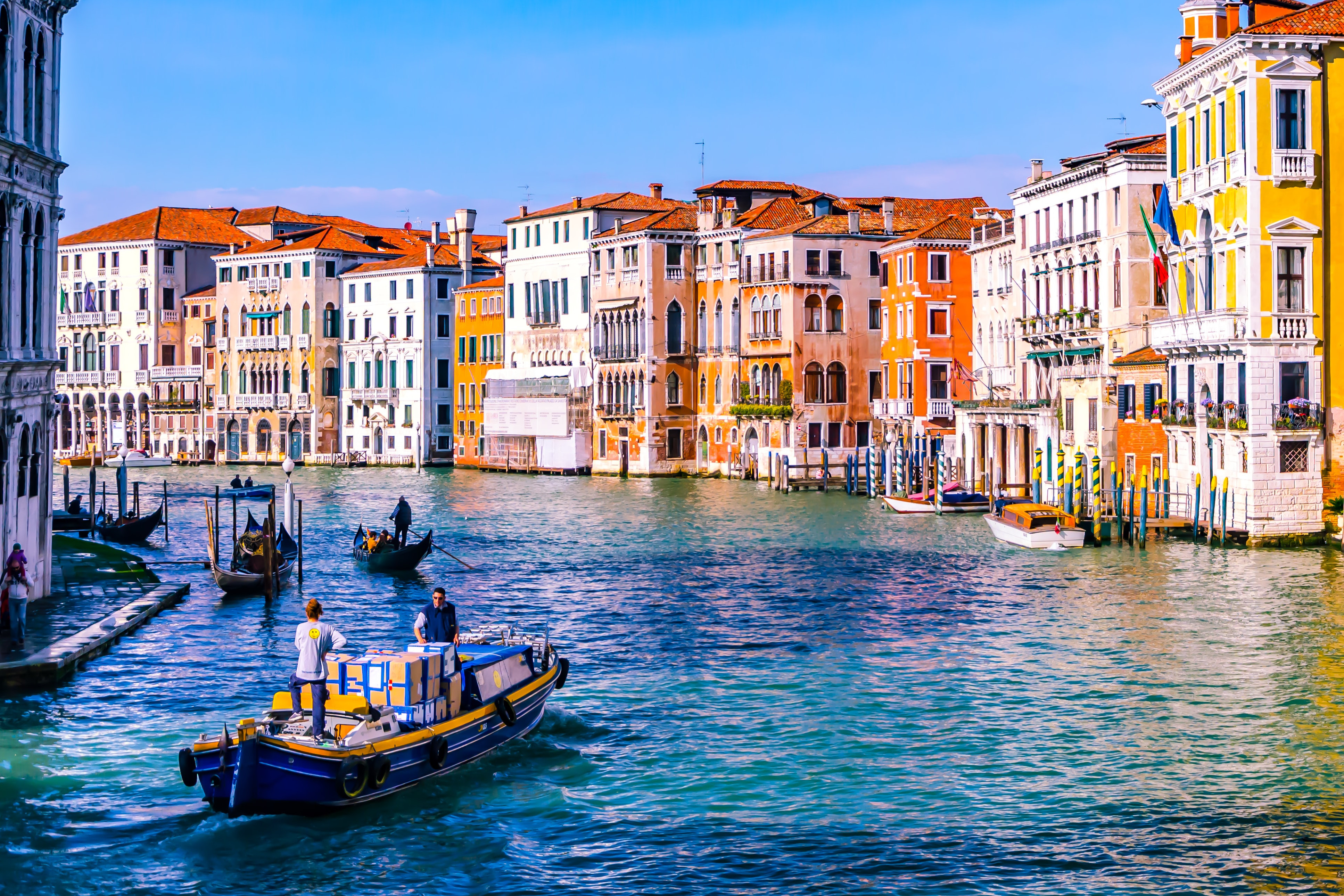 I had to include an Italian city on this list, and Venice is an pretty obvious pick. Like Amsterdam, Venice is famous for its canals. Over a hundred islands and over 400 bridges come together to form one of the most unique cities in the world. Once an independent city state, Venice’s success as a trading centre lead to great wealth which funded some sublime architecture. Saint Mark’s Basilica is an incredible cathedral and has been a symbol of Venice’s wealth and power for over 900 years.

The city may be get overwhelmed with tourists at times, but there is only one Venice. You can’t drive cars in Venice, so boats are the only form of public transport and the streets are all pedestrianized. This makes Venice so different to anywhere else. It’s just such a pleasure to just stroll around the city, looking at all the old buildings and watching the boats go by. 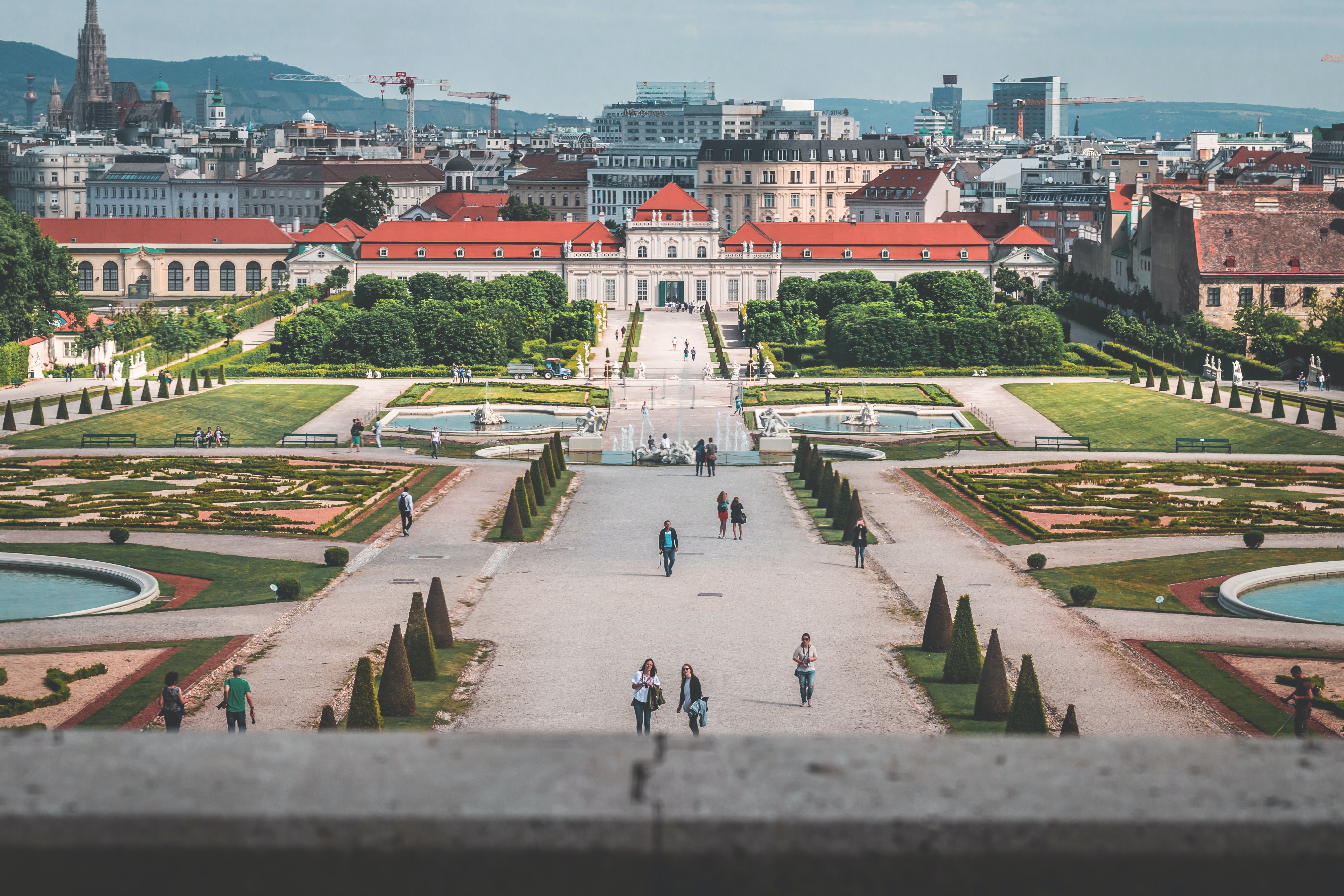 Somehow there is a third city beginning with V on this list. The Habsburg Dynasty was a major power in European history and their palaces in Vienna are big attractions. The central Hofburg Palace is like a city with in a city. Further out from the centre, the 1,441 room Schönbrunn Palace is Vienna’s most popular tourist attraction. Which ever palace you choose wonderful gardens and stunning architecture come as standard. The palaces aren’t the only opulent buildings in Vienna. Many more can be found on the grand Ringstrasse boulevard that encircles the city centre.

Vienna is also recognised for many things. Famous for composers like Mozart and Beethoven, Vienna is practically the capital city of classical music. There are so many concert halls and stages you’ll never be far from a fantastic musical performance. Vienna’s brilliance continues in the art world with over 100 art galleries. If you want something simpler, Vienna’s coffee houses are considered cultural treasures and deserts like sachertorte are legendary. 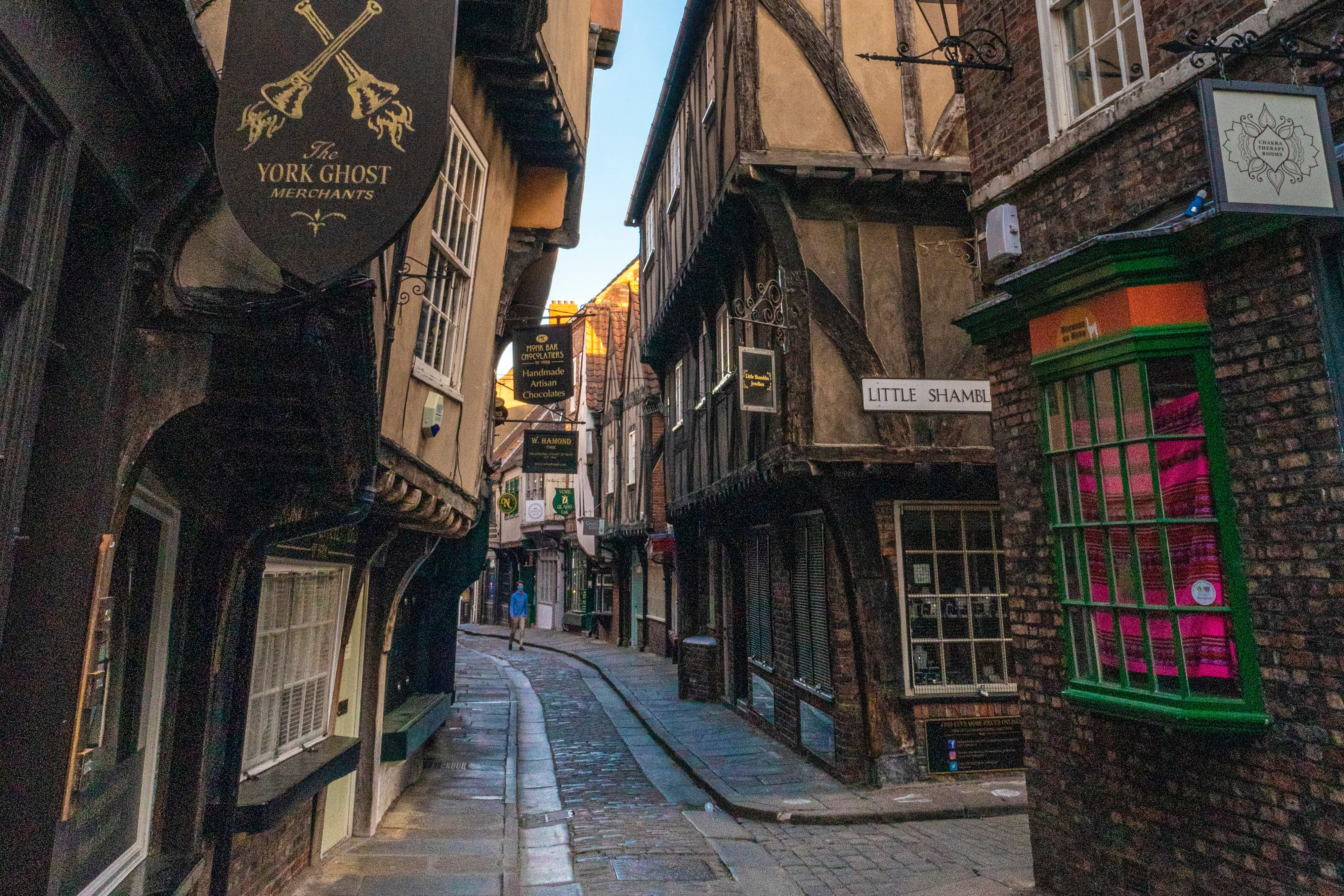 Last but not least is York. Founded by the Romans, York has a rich history and these riches are easy to find in York. The skyline is dominated by a huge Gothic Cathedral called York Minster. In the shadow of the minster is a maze of narrow medieval streets, a delightful place to get lost. You’ll find interesting and quirky shops, pubs that are hundreds of years old and tour guides regaling you with York’s many ghost stories.

For me, the city walls are the star of the show. Almost completely surrounding the city centre, York has retained its walls in contrast to other English cities. Around 4km long the city walls make for an excellent walk and offer superb views of this picturesque city. The walls and gatehouses give York real character and make it much easier to learn your way around. If you enjoy exploring historic cities, you’ll love York as much as I do.