How to Fold Electra

Modular origami is my favourite type of origami. This design by David Mitchell is a classic example where thirty identical units are combined into an elegant structure. I’ve already showcased one of his models with my post on making a tato.


You will need need thirty square pieces of paper in total. The final model has a diameter that is 50% bigger than the side of the square paper you start with. When I make this model, I make one big square from a sheet of A4 paper, and then cut it into into four squares. Eight sheets of A4 paper then give you enough to build the entire model. 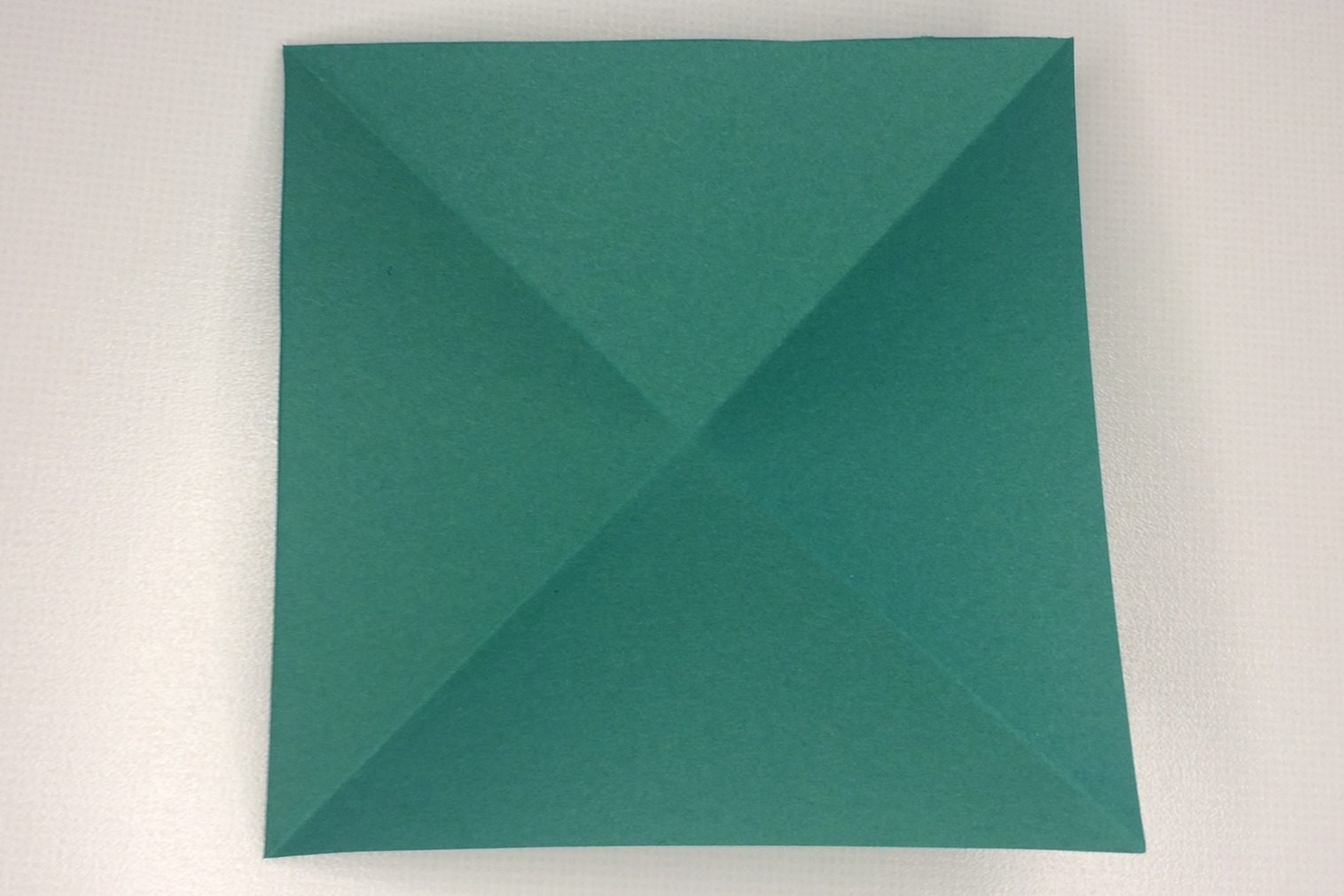 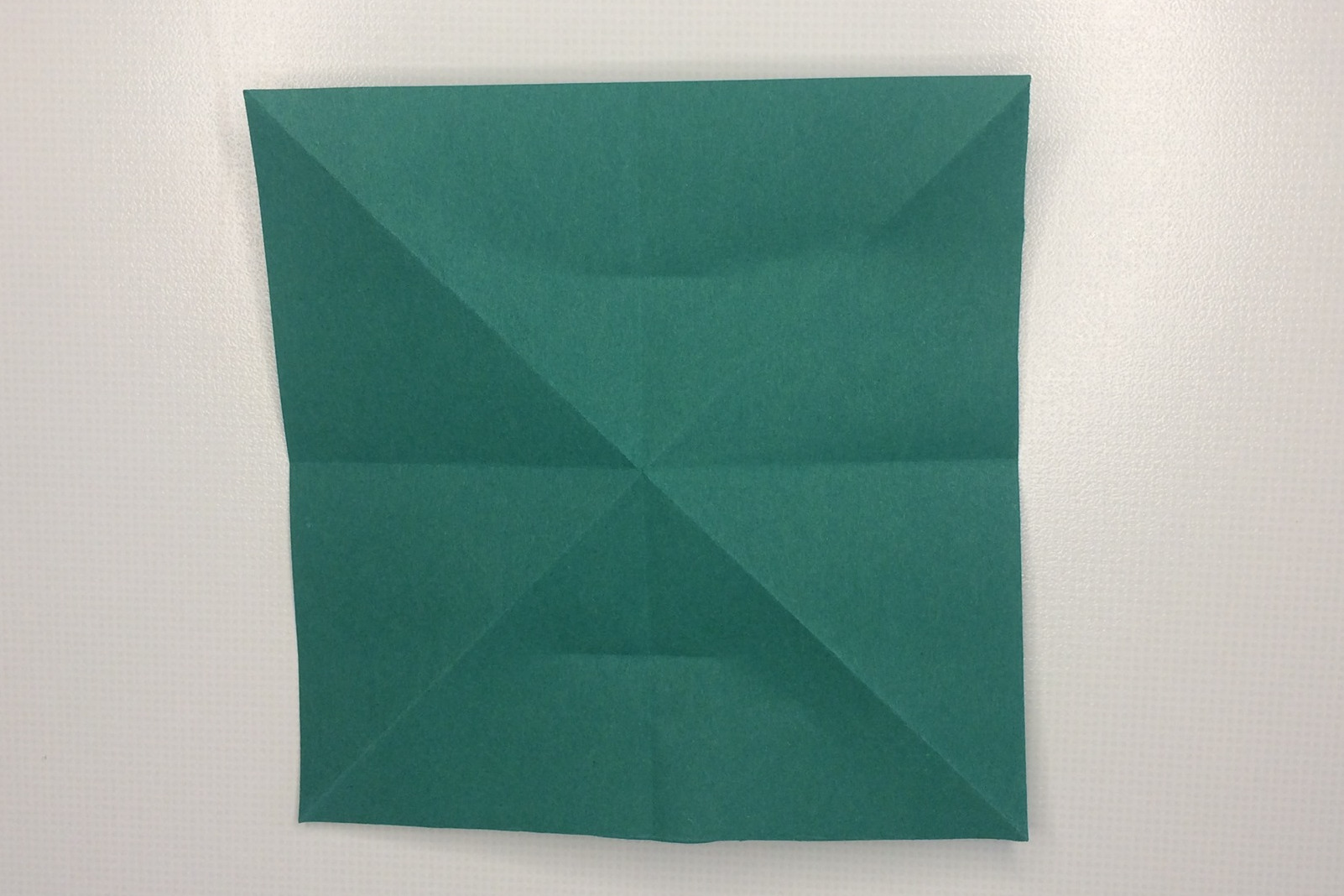 Step One: Start by folding one square in half along a diagonal and unfold. Repeat for the other diagonal. 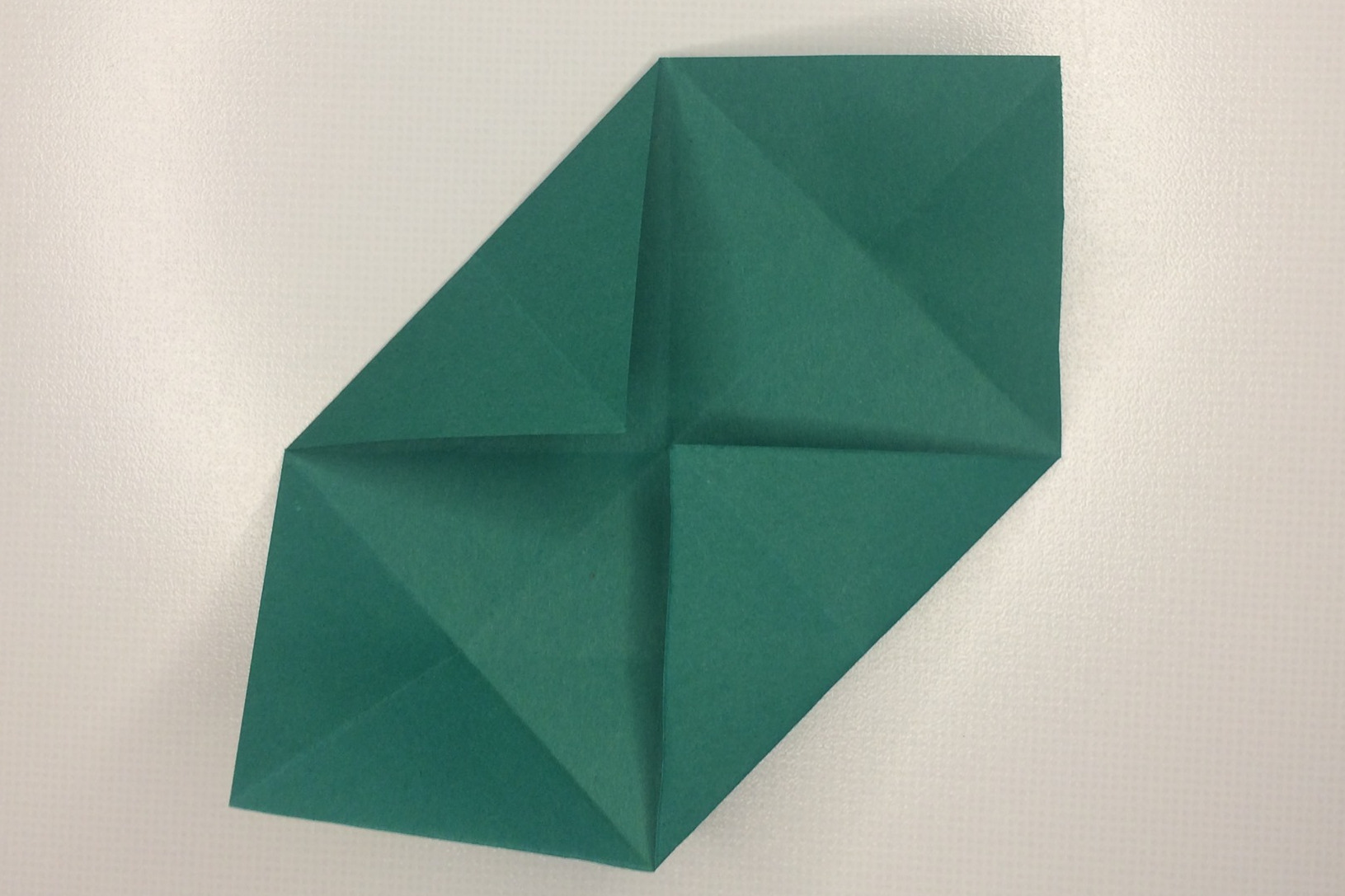 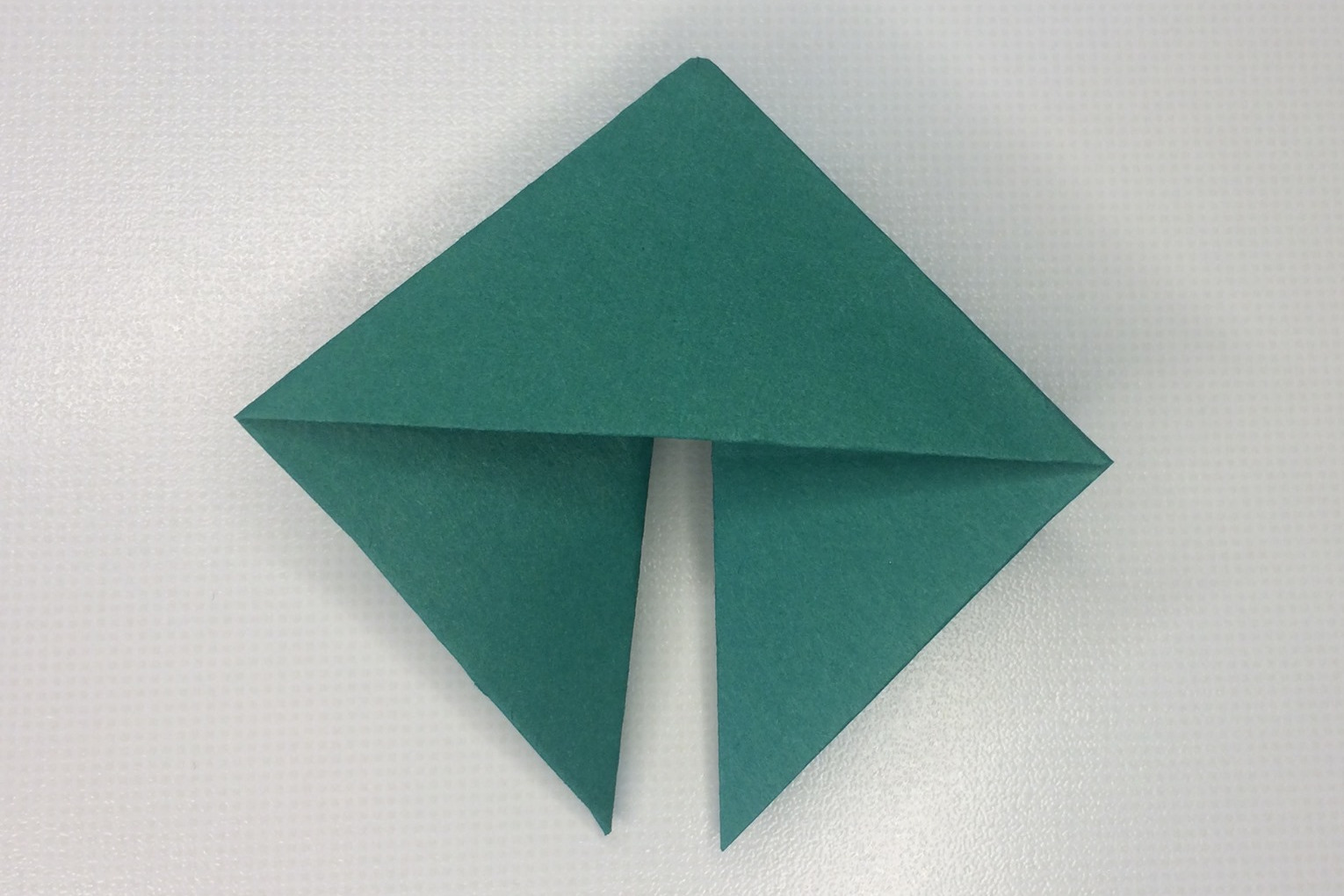 Step Three: Fold the bottom-right and top-left corners into the centre. Repeat for the other corners, but unfold them afterwards. 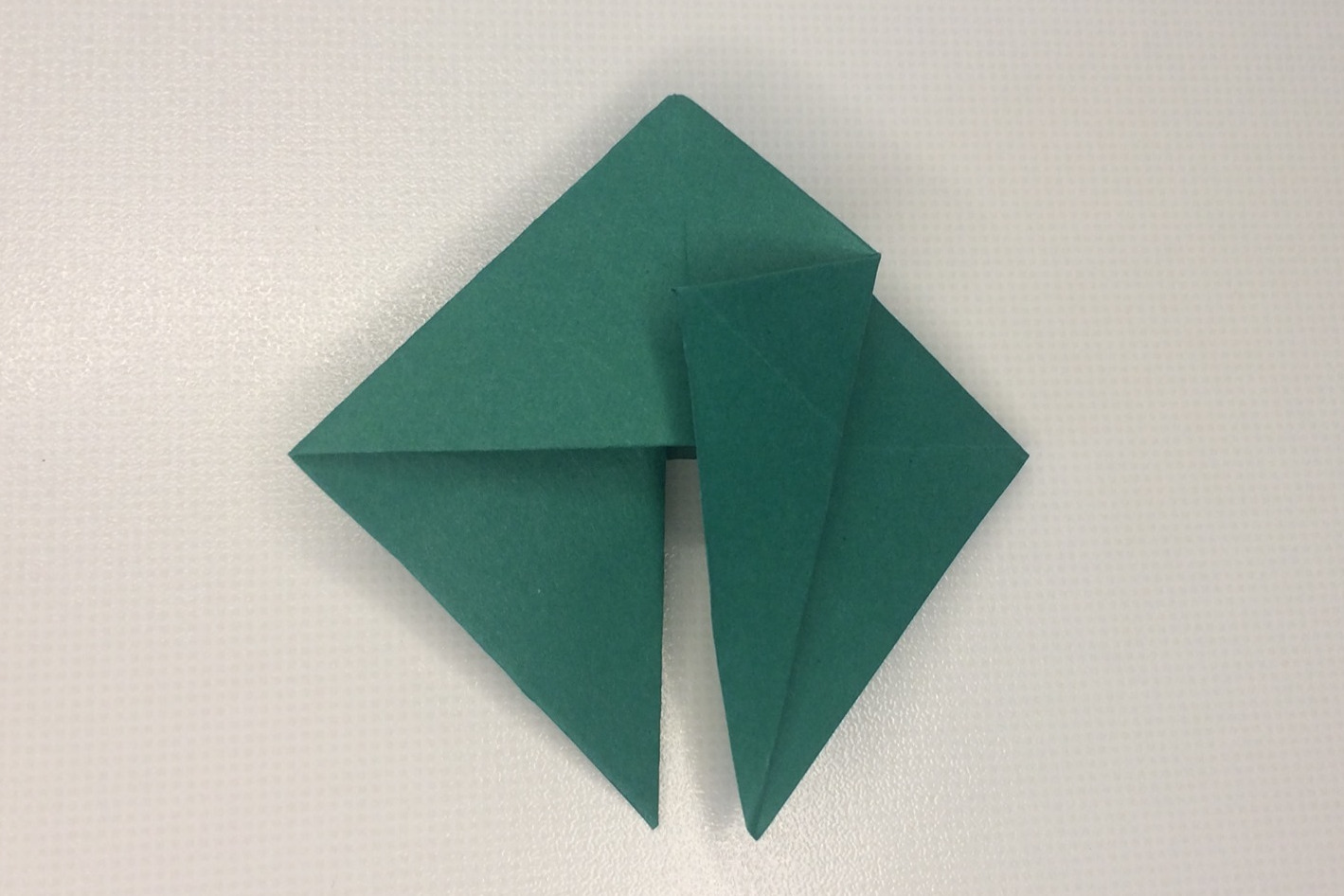 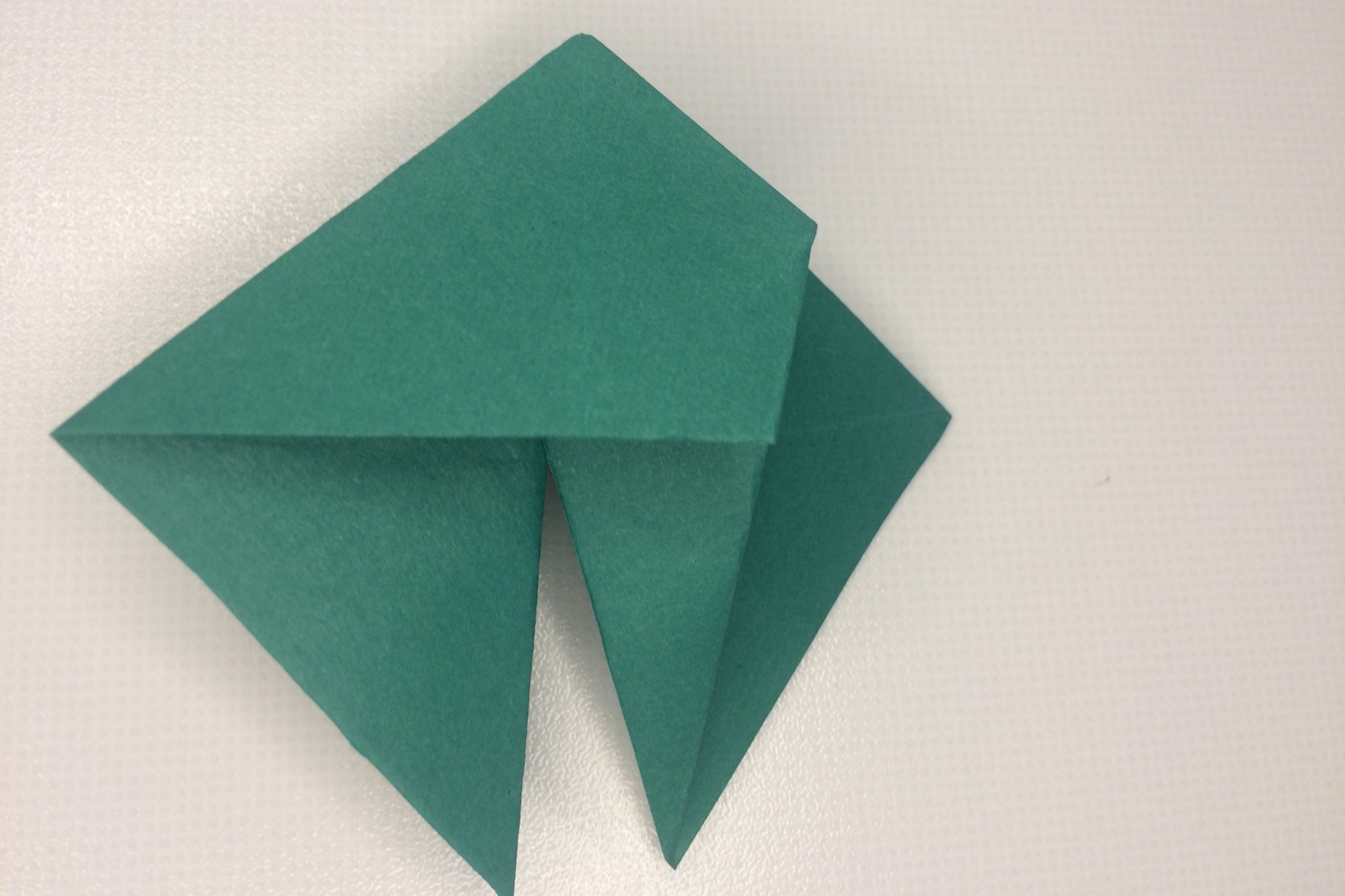 Step Five: Fold the right-hand corner back to the left. Only fold the top layer. The crease should start at the small crease mark on the top-right edge and finish at the right-hand point at the bottom.

Step Six: Turn the fold in step five into a inside-reverse fold. To do this, undo the last fold and slightly open the top layer. Then push the right-hand corner back to the left so it goes inside the unit. 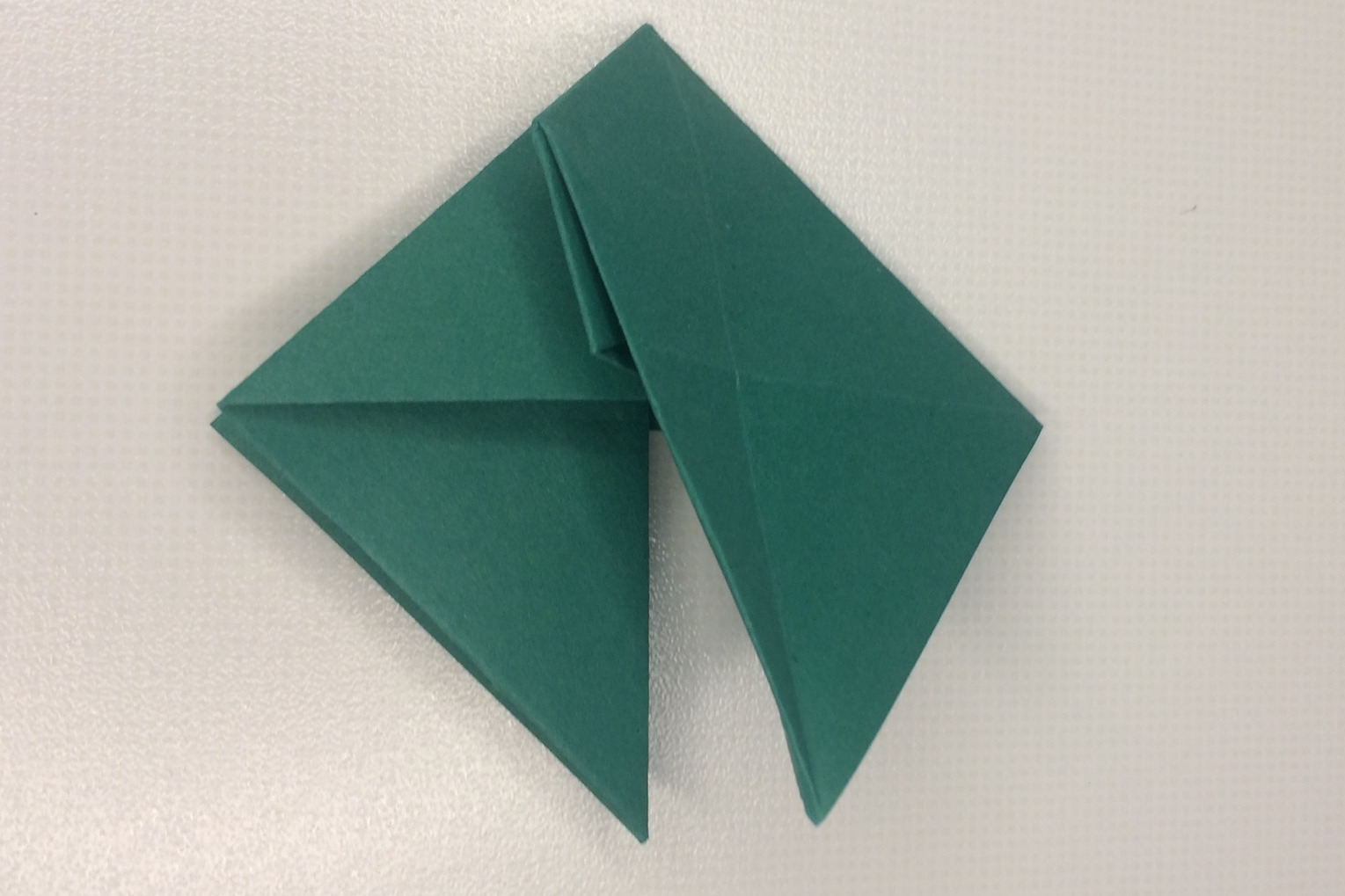 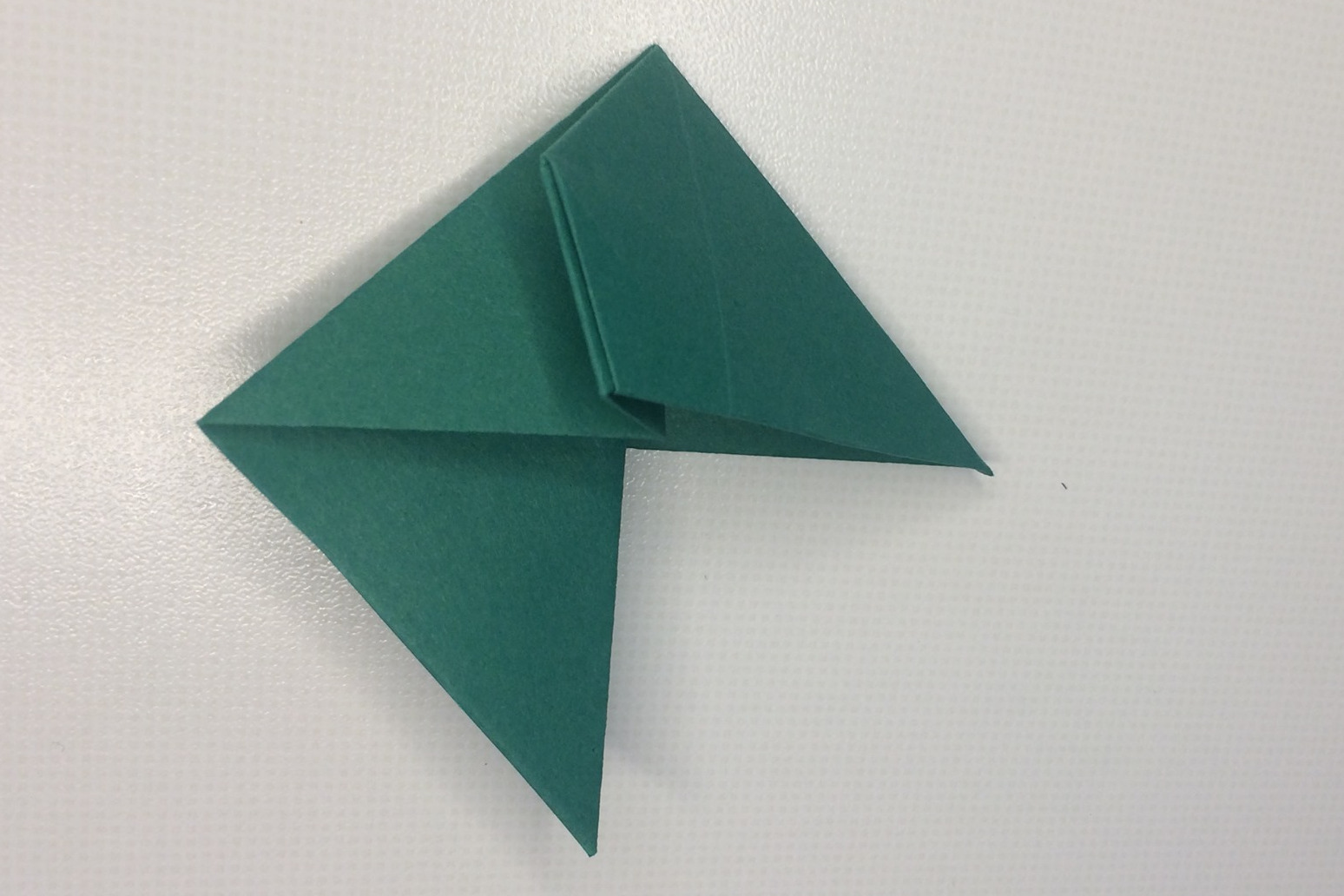 Step Seven: Fold the right-hand flap over to the left.

Step Eight: Fold the excess flap inside the model. Open the unit up slightly and fold the flap inside. Make sure it goes inside the upper layer so you can still fold it back to the right.


Now turn the unit over and repeat steps five to eight on the other side. The final unit should look like these two units. Make 29 more units and you’re ready to start building. 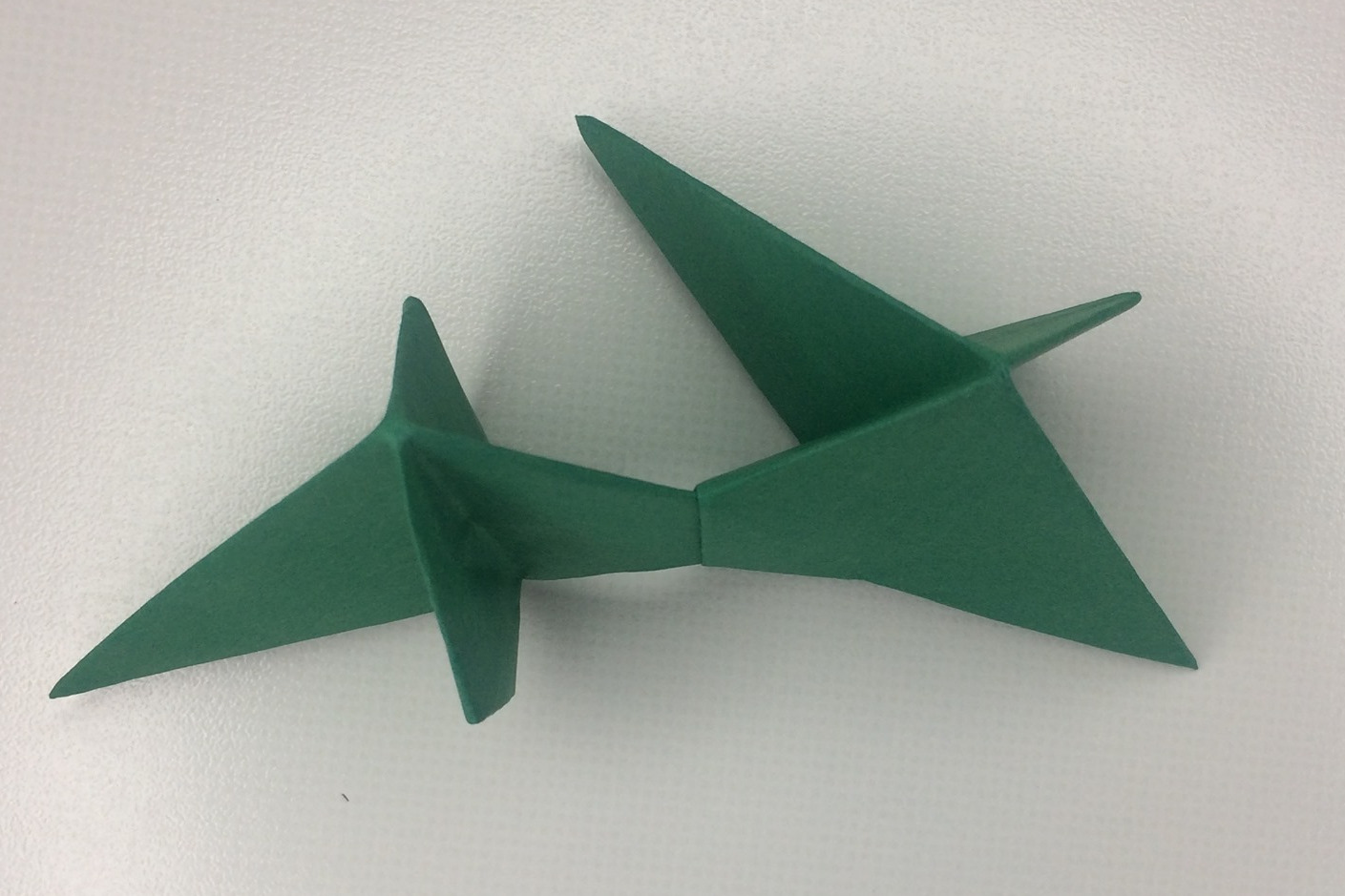 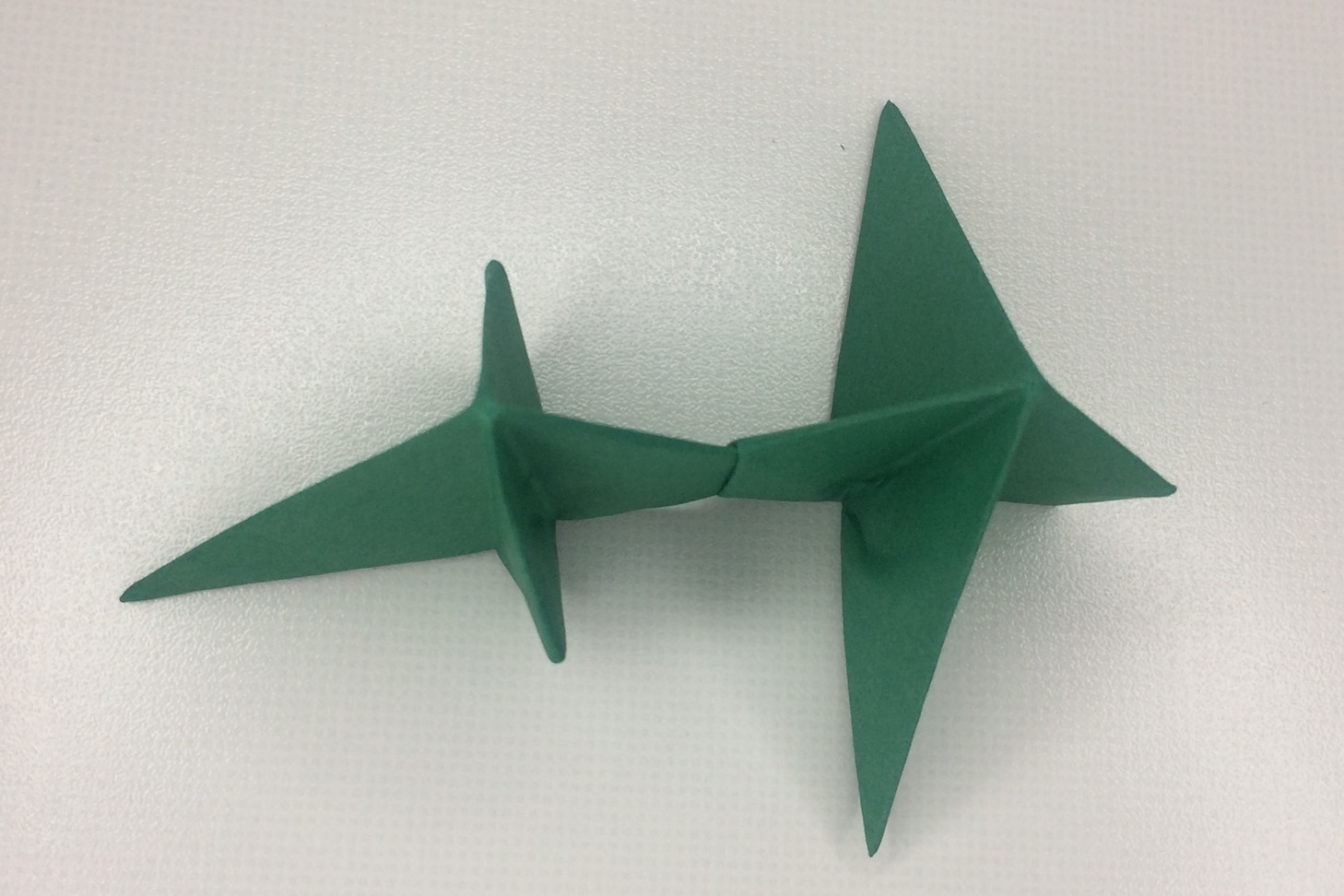 Two Units: Each unit has two sharp points and two slots. Slide the point of one unit into the slot on another unit. The tip will slide past a crease on the second unit and into a flap with a point. By folding this flap back, you can lock the two units together. 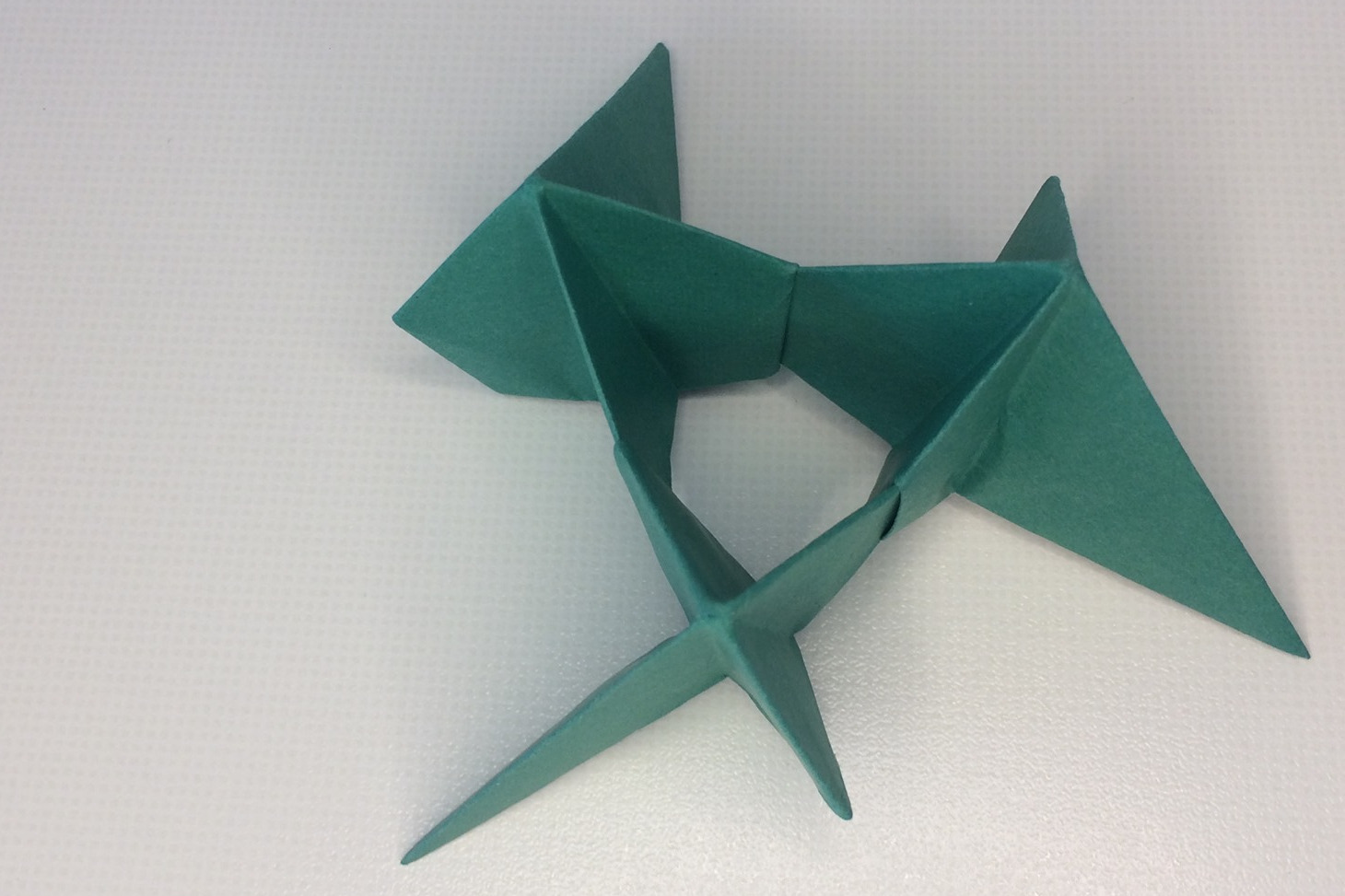 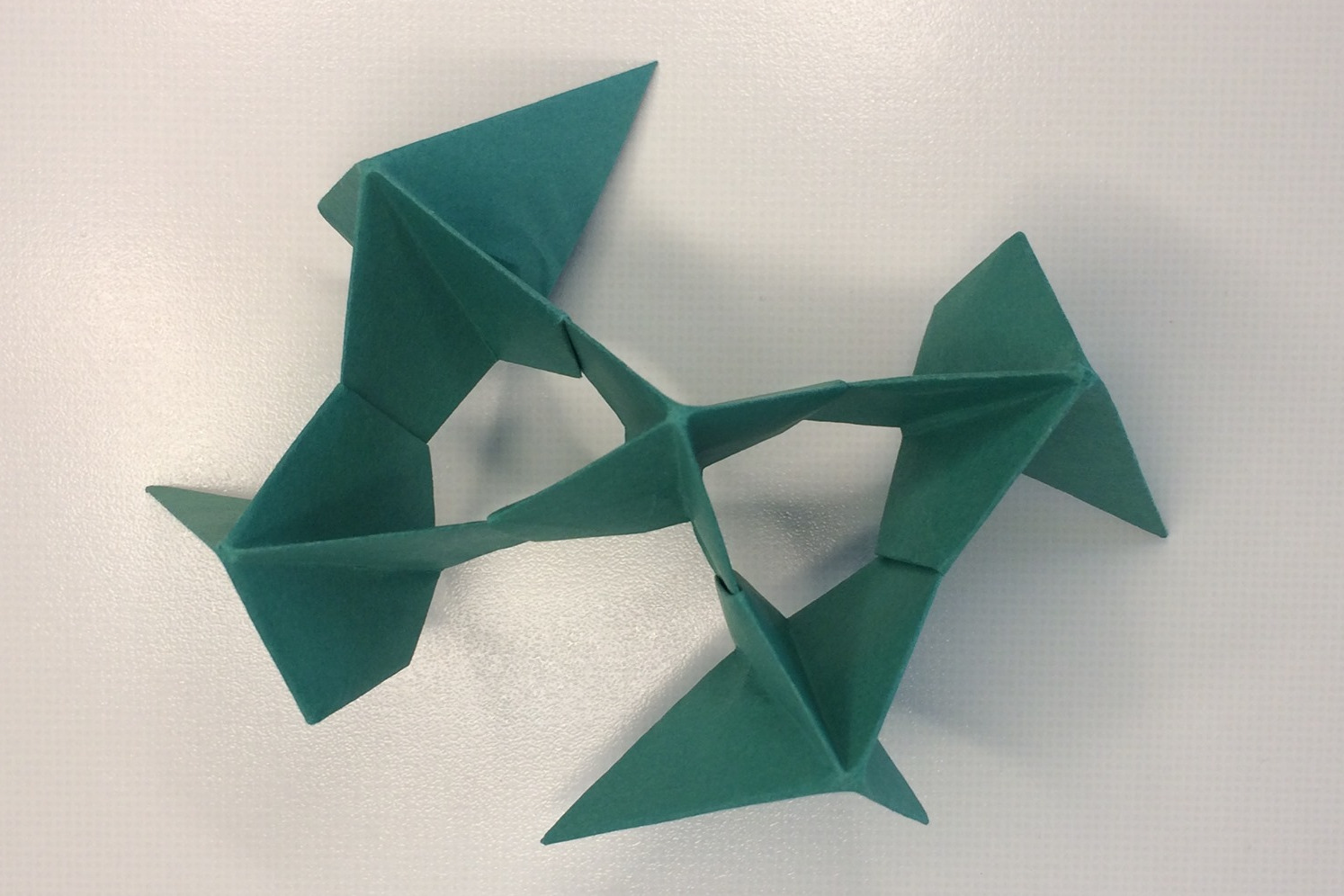 Three Units: Add a third unit to make a triangle, with each unit inside the next one.

Five Units: Add two more units to make a second triangle just like the first. It should be joined to the first at one corner. 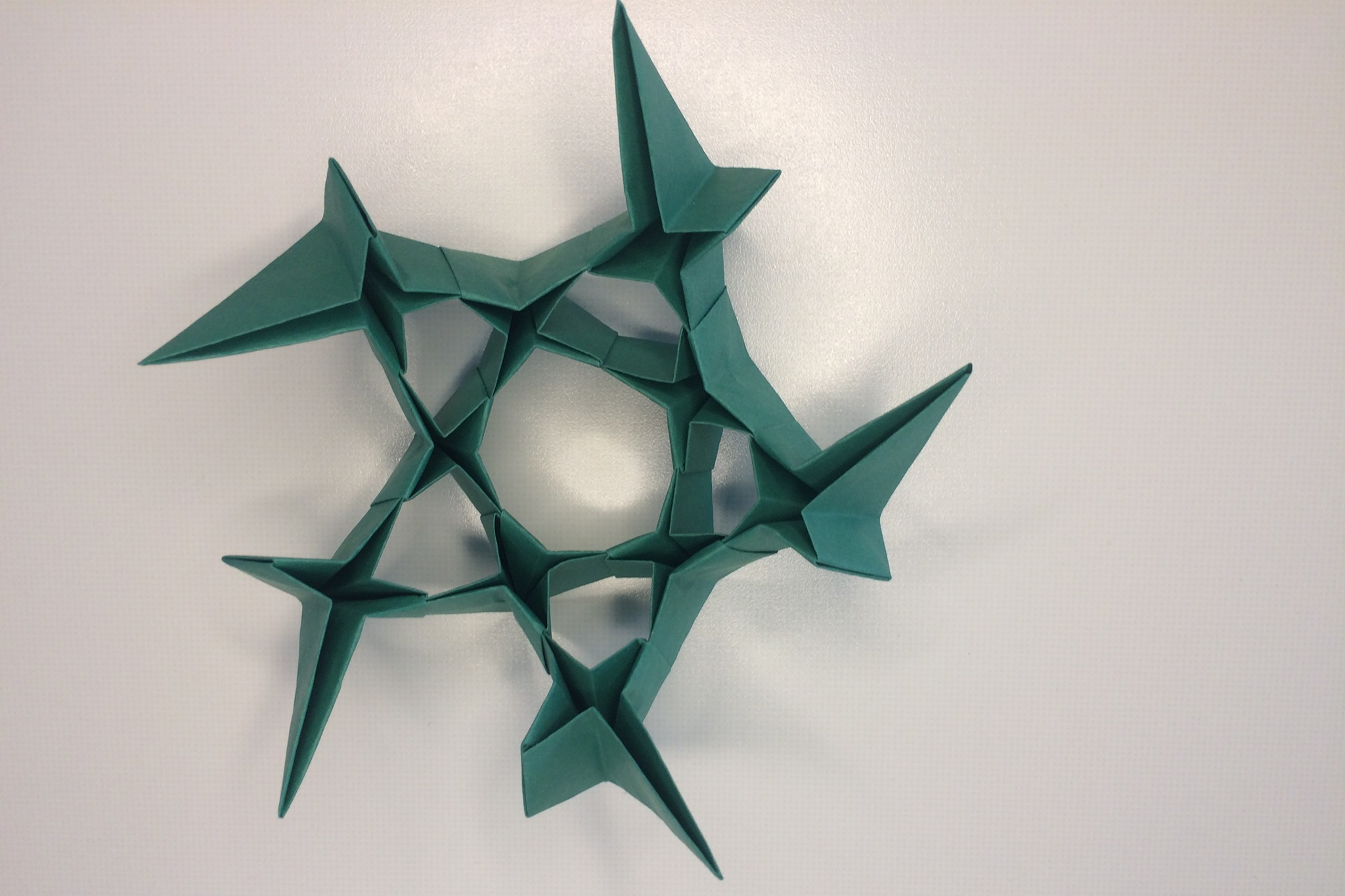 Ten Units: Keep adding pair of units to make triangles until you make this shape. Notice how the pentagon has five sides, with a triangle on each side. If you look at the final design, every triangle is surrounded by three pentagons and every pentagon is surrounded by five triangles. If you always remember this, you will assemble it correctly.

Adding more Units: As you build it may fall apart slightly. Don’t worry, this is normal. Just put it back together. As you add more units it will become more secure and magically bend itself into a spherical shape as shown on the right.

Once you get this far, it gets easier and easier to assemble. Keep going and a complete Electra will be yours. Happy folding!