How to Fold a Modular Box

Tomoko Fuse is a prolific origami designer and I’ve already featured one of her designs on my blog before. Some of her most famous designs are modular boxes made out of multiple pieces of paper. They are fairly simple to fold, and unlike other origami box designs, these come with lids that are the perfect size.


You need will need eight square pieces of paper in total, four for the lid, and four for the base. I prefer to use two different colours to get an alternating pattern on the boxes. Origami paper often has a different colour or pattern on each side. If you use such paper, only one side will be visible on the outside of the box.

Making the units for the base 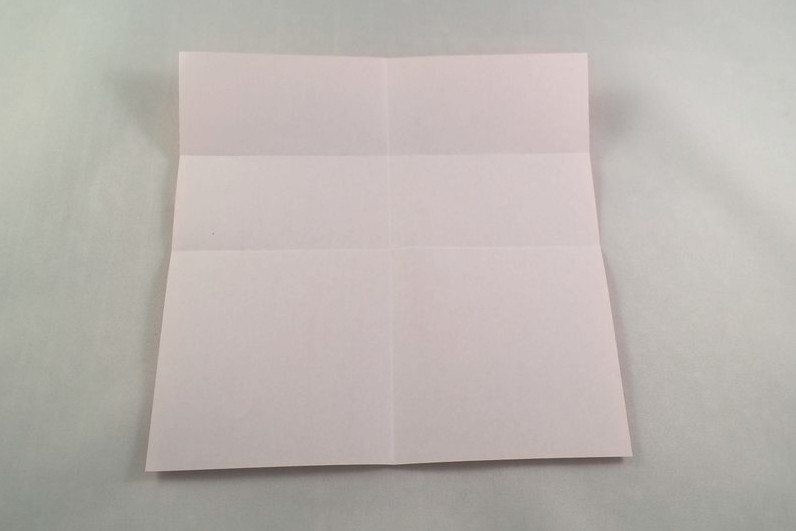 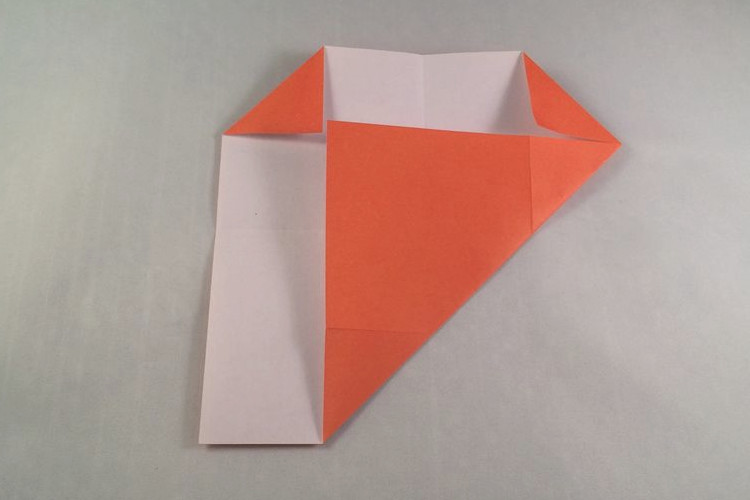 Step One: Start by folding the paper in half vertically. If you have different colours or patterns on each side of your paper, start with the main colour face down, and on the outside of the folds. Unfold the paper and repeat with a horizontal fold. Again unfold, leaving a cross-shaped crease pattern. Fold the top edge down to the horizontal crease, and unfold.

Step Two: Fold the top corners down to upper horizontal crease. Do the same for the bottom-right corner. 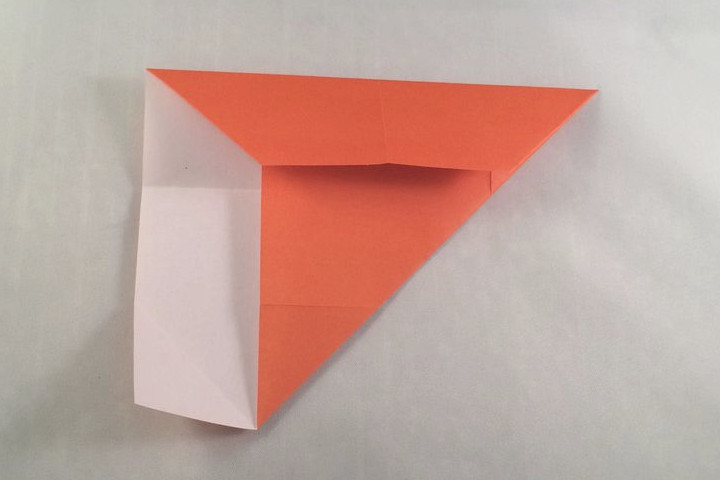 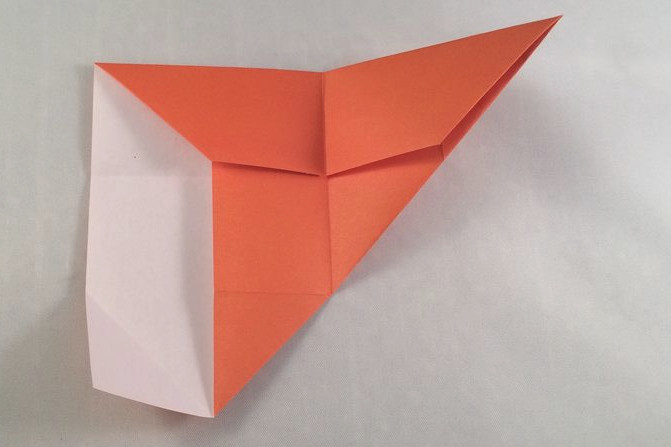 Step Four: Fold the top-right corner over to the top-left corner and unfold. 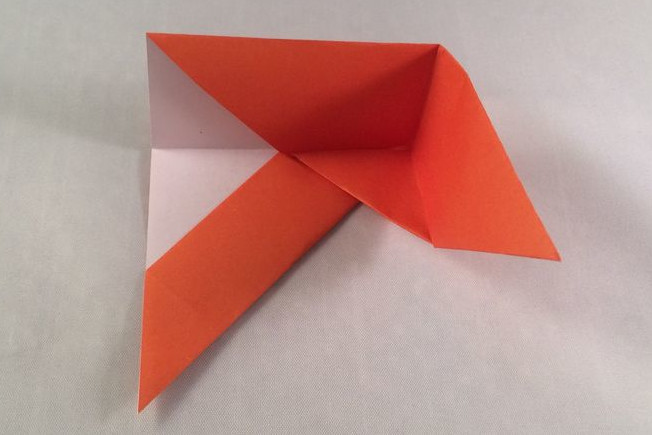 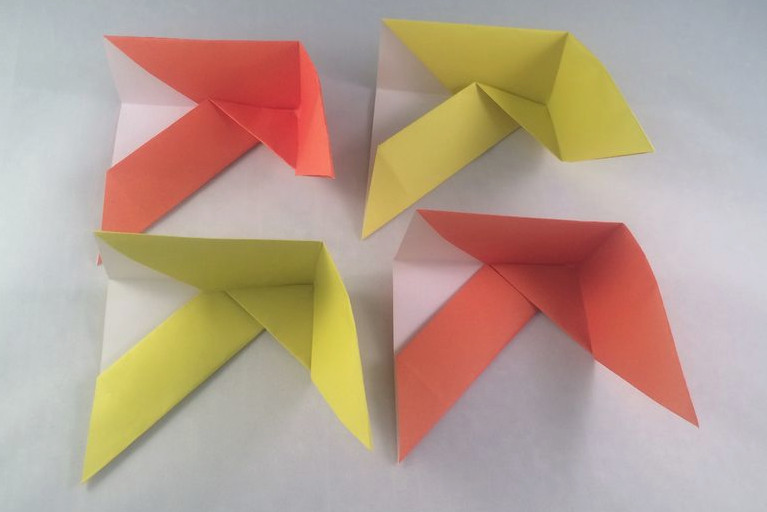 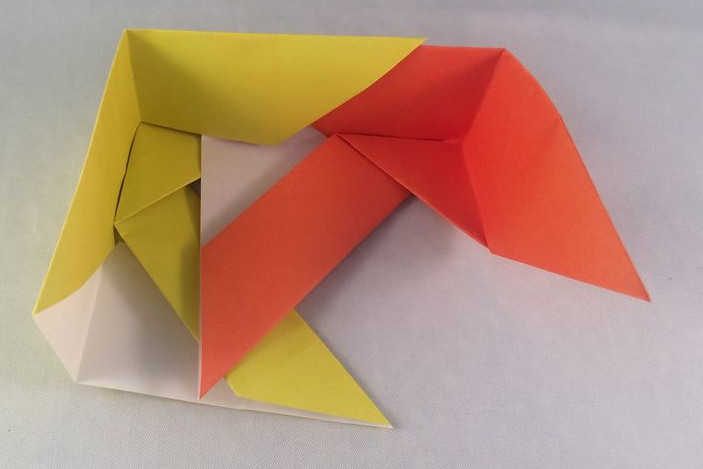 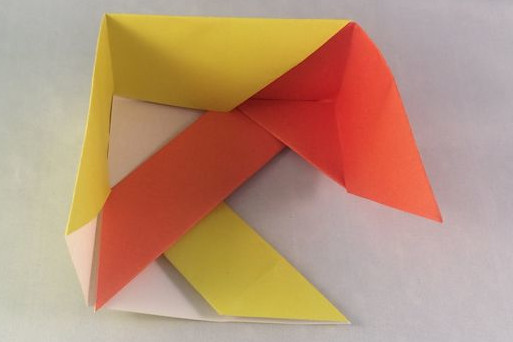 Step One: Begin by joining two units together. Take the square end of the unit on the right and slide it inside the triangular slot on the left-hand unit. Keep the floor section of the right-hand unit on top and slide the units together gently. Repeat this with the remaining pair of units. 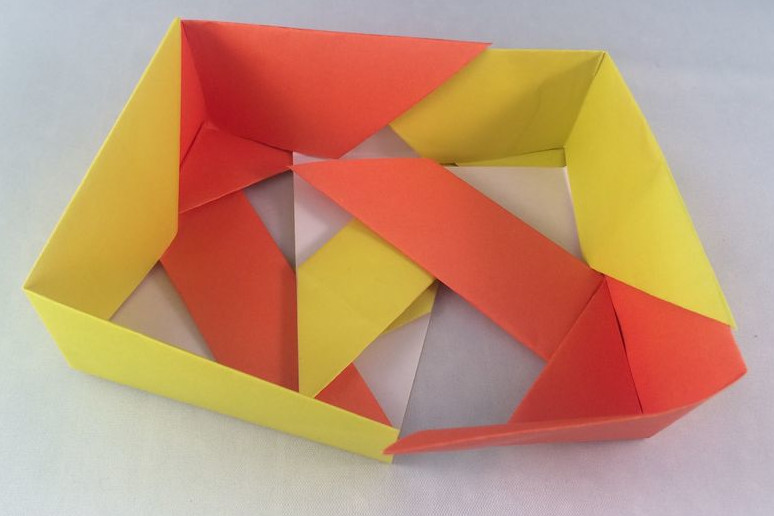 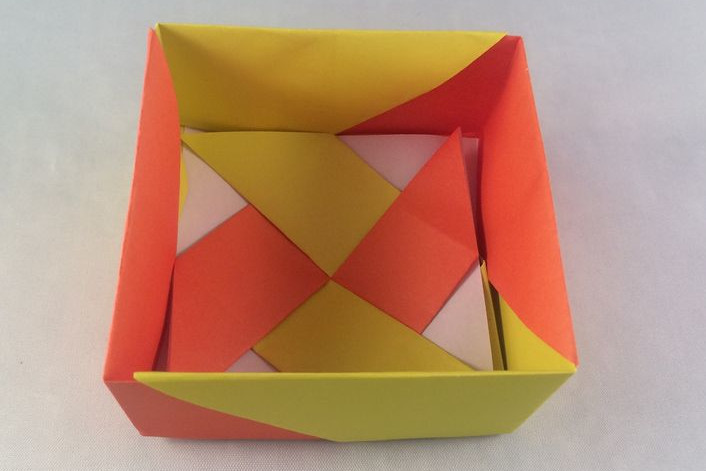 Next partially join the front wall in the same way as the back one. Then slide the two halves together. 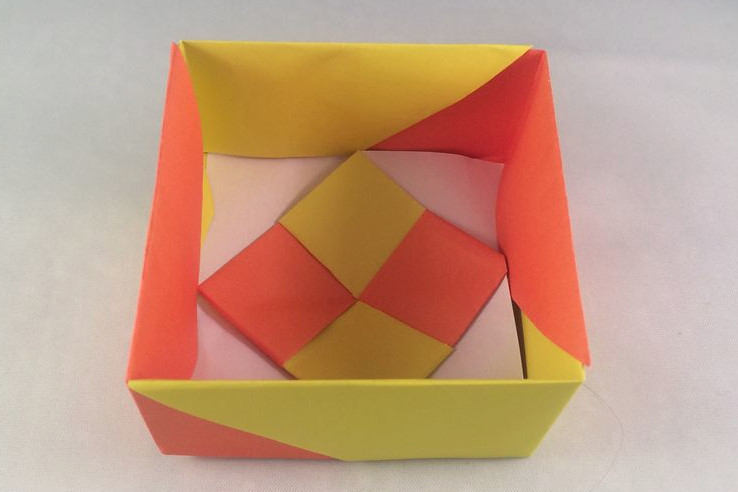 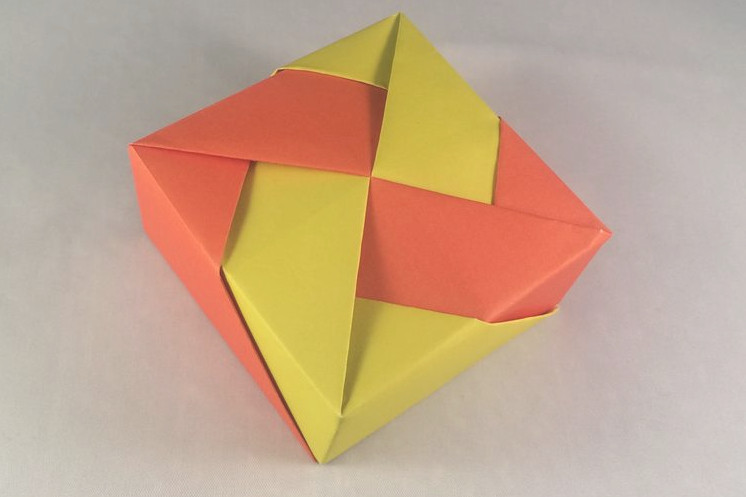 Underneath the finished base

Step Three: There are four loose triangular ends inside the box. Use the existing creases to tuck these flaps under to lock the units together more securely. The base is complete.

Folding units for the lid

It’s time to make a lid. The first few folds are different to the base, but the final steps are similar, and we join them together in the same way. 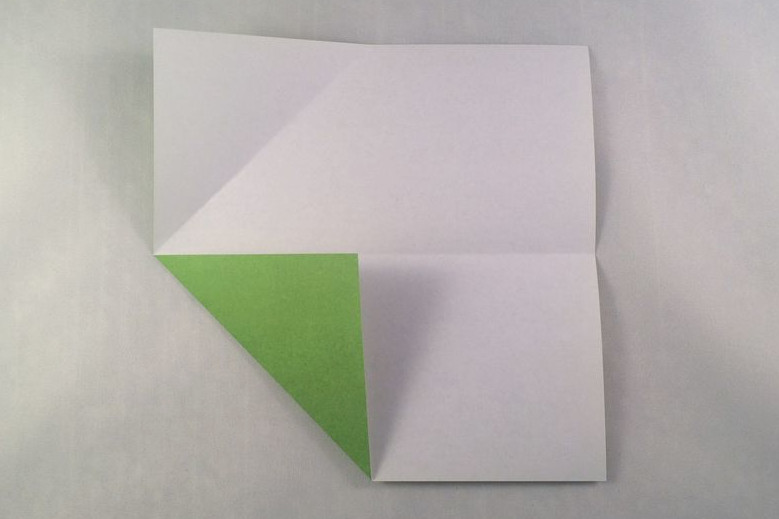 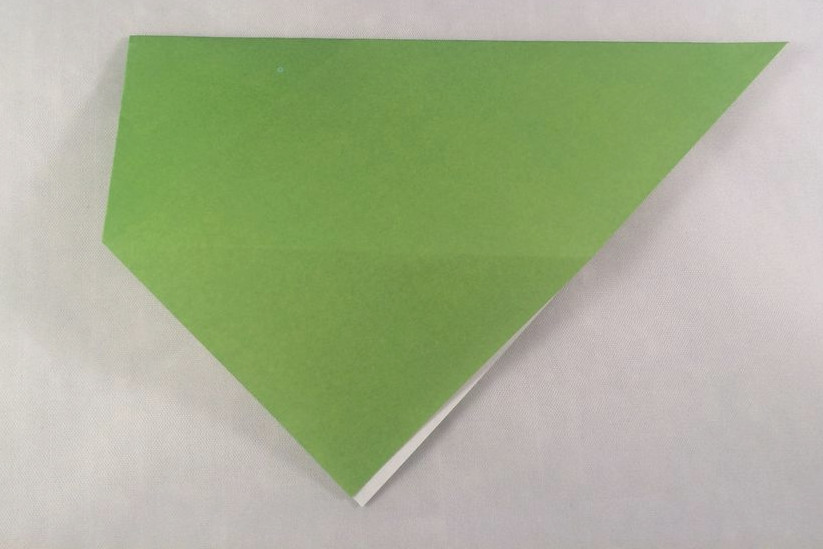 Step One: As before, if your paper has two different sides begin with the final side face down. Create a horizontal crease by folding the top edge down to the bottom edge edge like a book. Unfold and fold the left hand corners down to meet the crease. Unfold the upper corner.

Step Two: Fold the top left corner down to the bottom right hand corner. Turn the model slightly so the long crease is at the top. 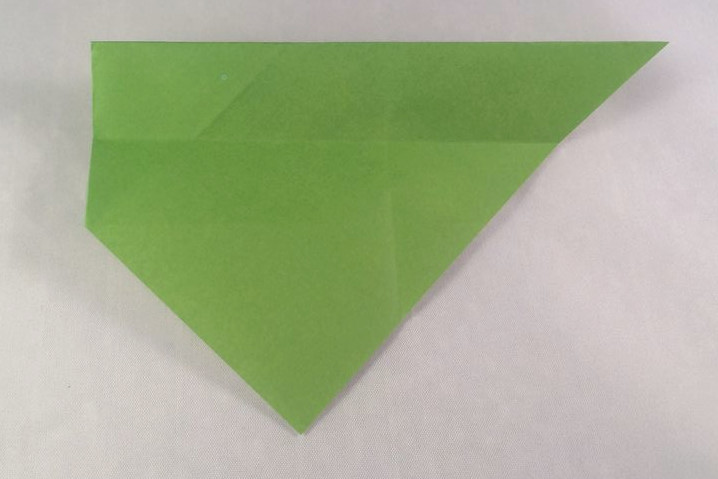 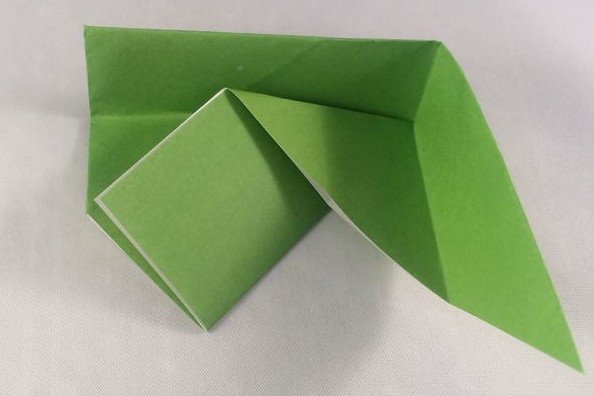 Step Four: Only one long fold remains. This is the same as the final step on the base. Begin by folding the bottom corner to the marked corner. Flatten the crease until it joins the point where the folds in step three meet. Then fold the top edge down to flatten the crease. The unit becomes three-dimensional. Fold three more units.

The four unit for the lid are joined together in the same way as the base. I have joined them this time by putting the triangular ends inside the square ends. The different folding pattern and the different joining texhnique means we get a very different pattern inside the lid. 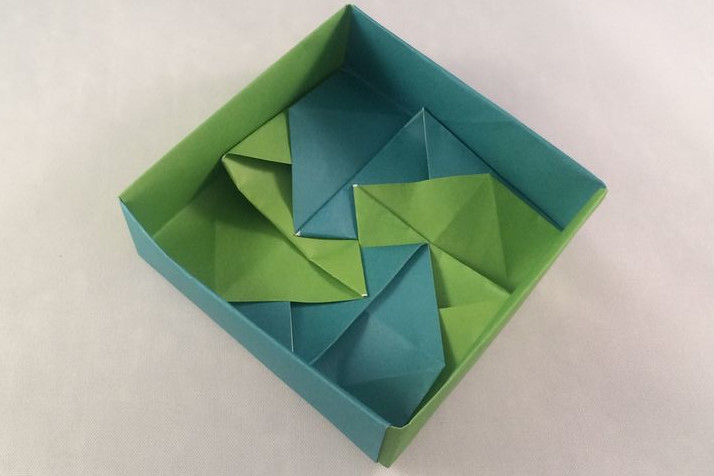 The finished lid – inside

The finished lid – outside

Here is the final box with both the lid and the base. I hope you too enjoy folding this box and experimenting with the different variations you can make. Happy folding!