How to Fold a Tato

The tato is one of the oldest Japanese origami designs. They are flat and decorative folds that can be used to hide small items like buttons. This version was designed by David Mitchell.


You need a square piece of paper. It looks best with duo paper, which has a different colour on each side. 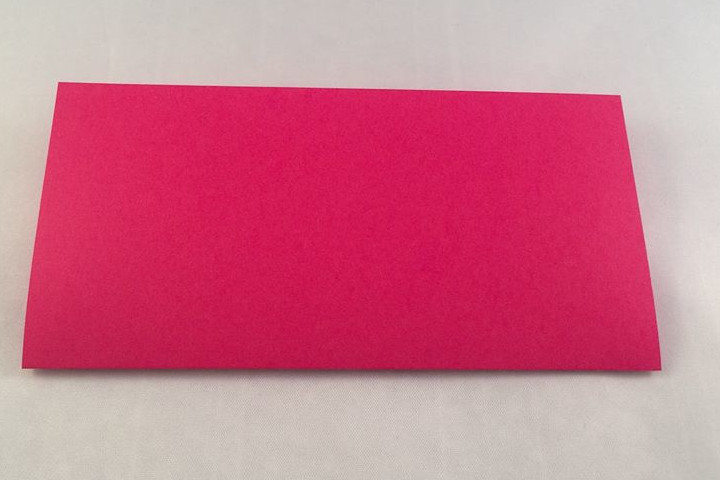 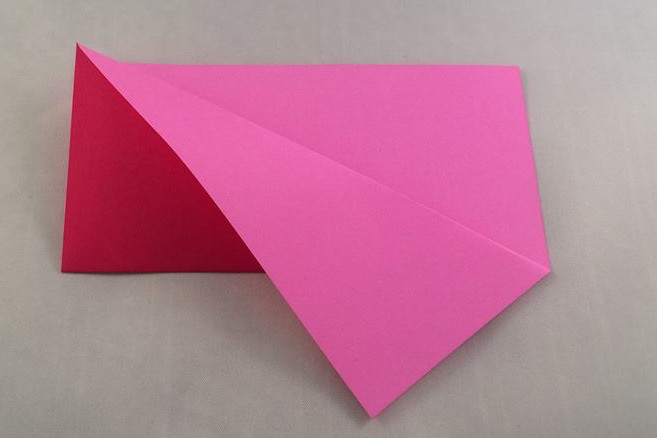 Step One: Fold the square in half like a book. The colour on the outside here will be the colour on the inside of the final design. Hold the paper with the fold at the bottom.

Step Two: Fold the top-right corner down to create a diagonal fold between the top-left and bottom-right corners. 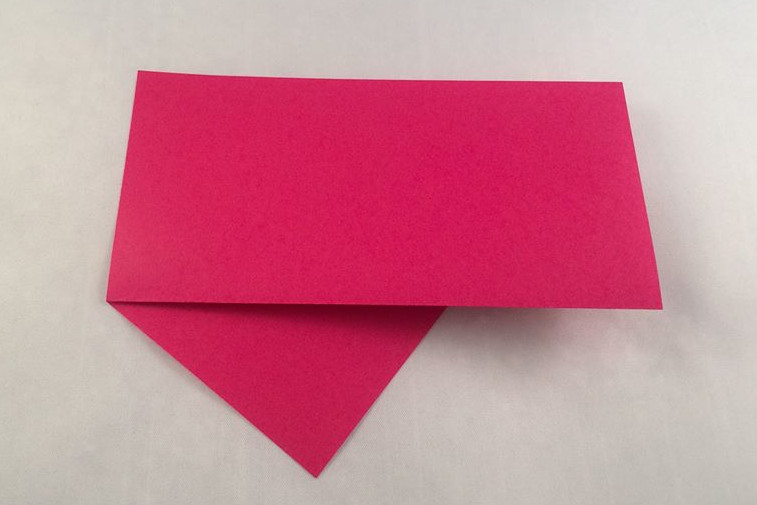 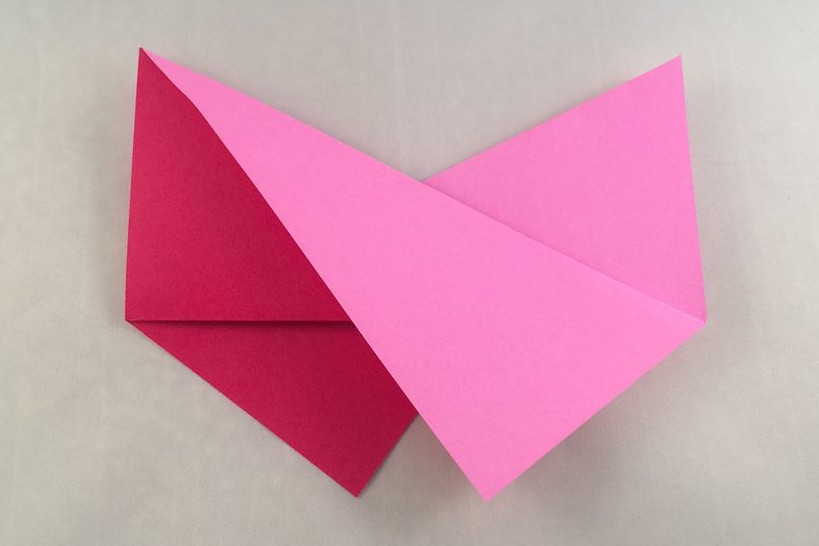 Step Three: Turn the model over.

Step Four: Repeat step two on the back, by again folding down the top-right corner. 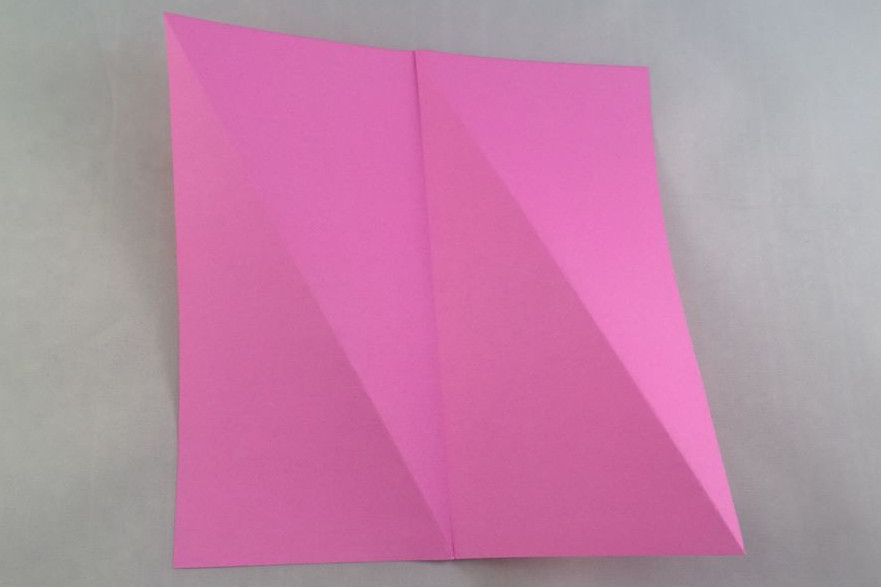 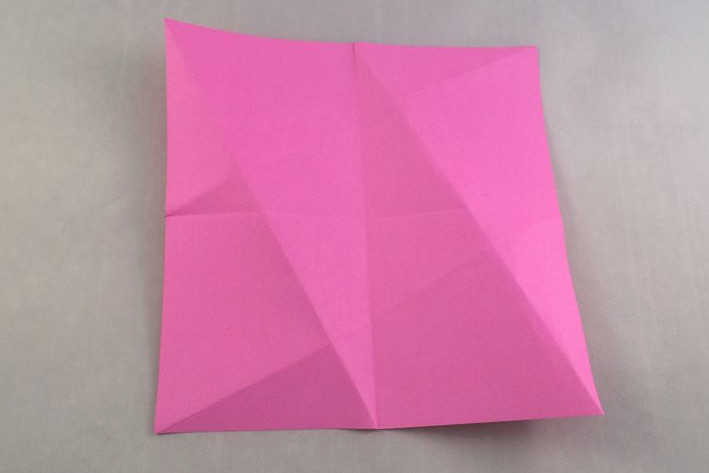 Step Five: Unfold and turn the square so the folds run vertically.

Step Six: Repeat all the previous steps to get the crease pattern in step five going horizontally and vertically. 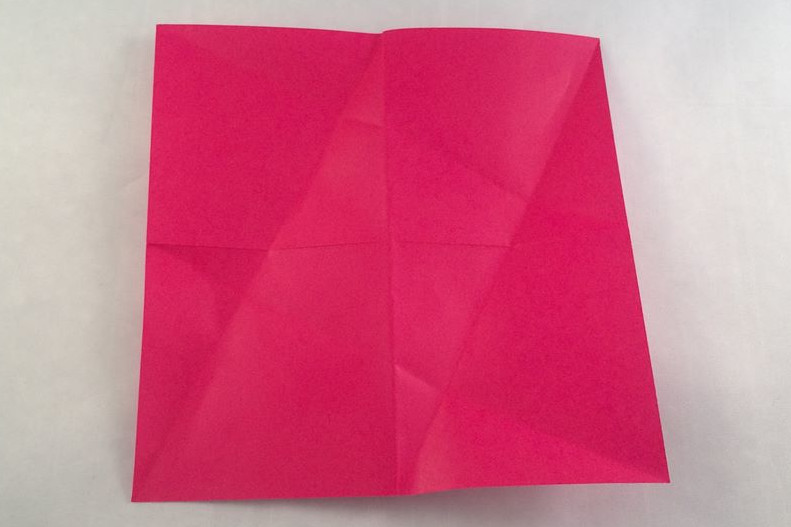 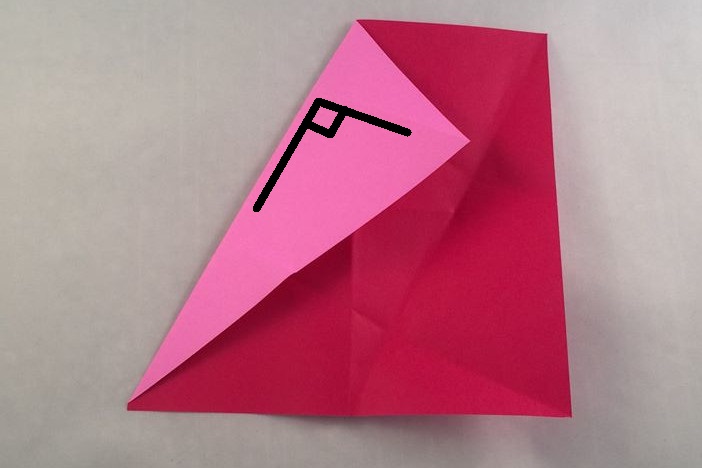 Step Seven: Turn the page over.

Step Eight: Refold the diagonal fold on the left to create a flap. The right-angle I have marked is for the next step. 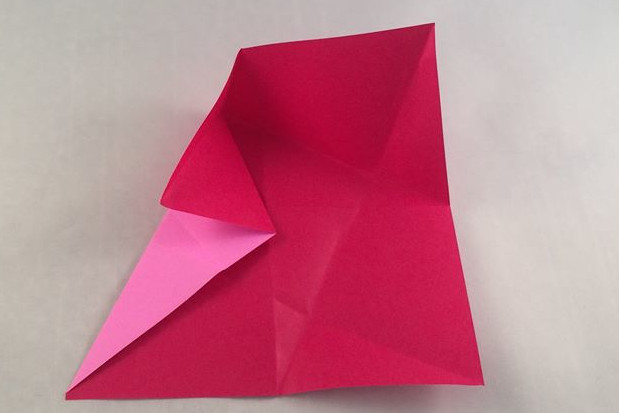 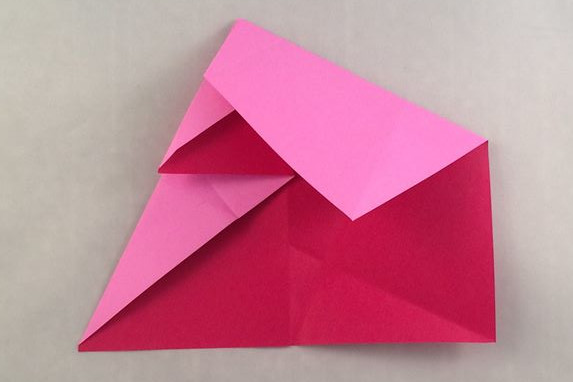 Step Nine: Fold the corner of the flap back to the left edge. You want to fold the right angle marked on the last picture in half. To complete the fold, you will need to squash the paper down gently. When you do the model will become three-dimensional.

Step Ten: On the left there is a small triangular wall. Flatten the model by folding it in half. Begin by flattening the corner nearest to you. Fold the back wall down towards you so it aligns with the left edge. 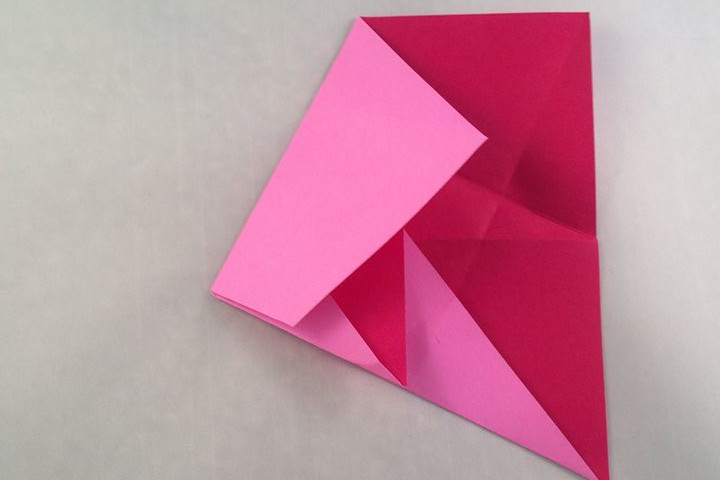 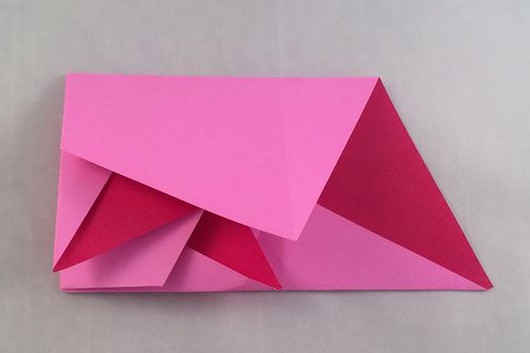 Step Eleven: Rotate the model 90 degrees anti-clockwise. You should now have a flap on the left just like the one you made in step eight.

Step Twelve: Repeat steps nine and ten. (Fold the flap back to the left so it becomes three-dimensional and then flatten it.) 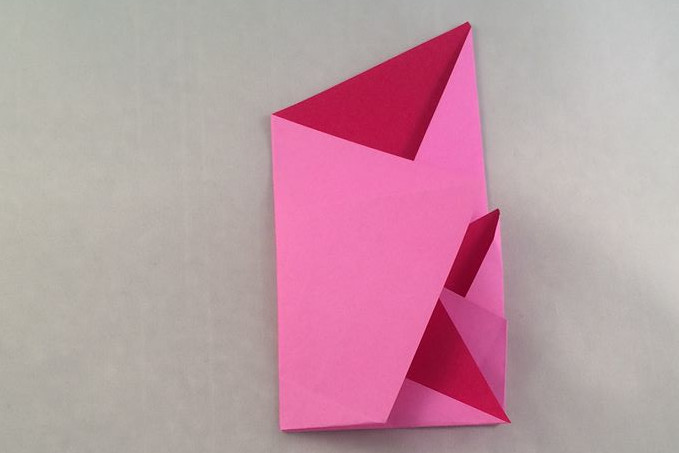 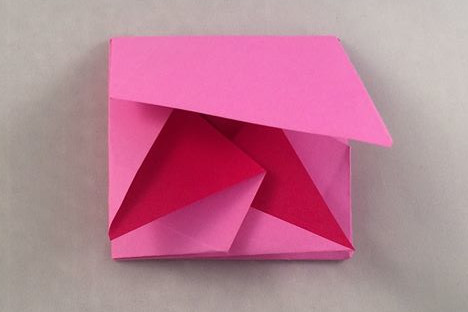 Step Thirteen: Again rotate the model 90 degrees anti-clockwise. Once again there should be a flap on the left.

Step Fourteen: Fold the flap on the left in the same way as the previous two times. 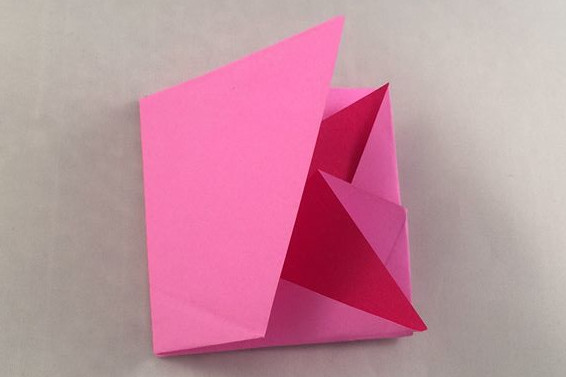 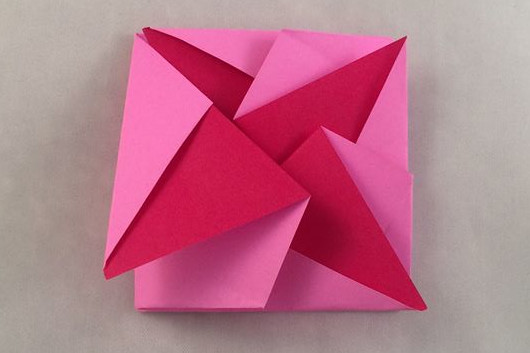 Step Sixteen: Fold the corner back along an exiting crease to the bottom-corner. 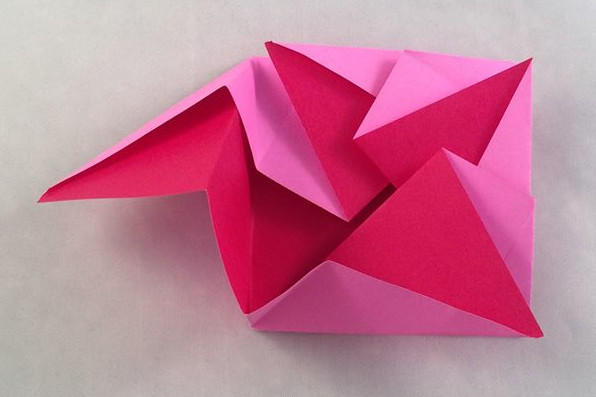 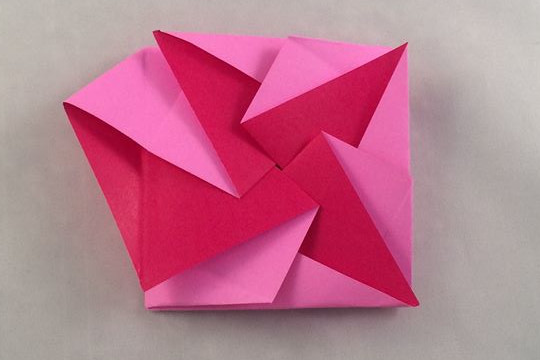 Step Eighteen: The top flap is under all the others. Lift it up gently without moving the others. Fold the left flap back to the centre and put it under the flap you have lifted up. This completes the centre of the model.


Step Nineteen: One corner sticks out on the left. Push it under the left flap. You don’t need to create any new folds, you should just reverse the crease that sticks out.

Your tato is complete! Happy Folding!