The football season is on hold, and no-one knows what it will mean for fantasy leagues. How was my FPL team doing when the football stopped? Read on to find out. 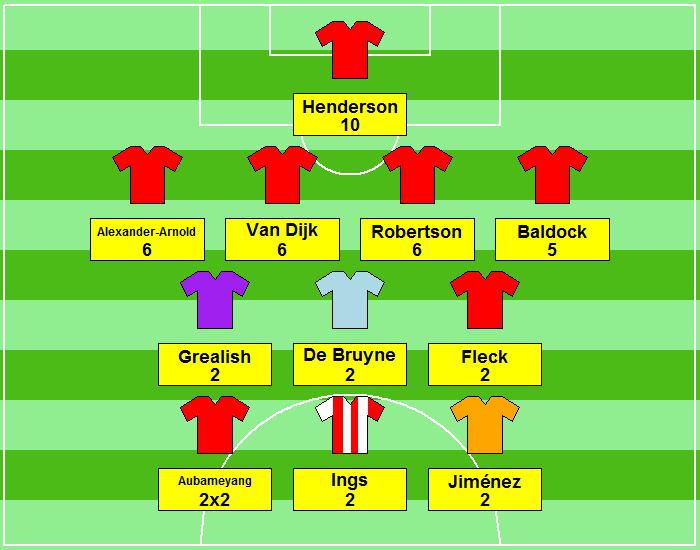 I started the month by using my wildcard. Leicester’s fixtures were looking bad, Sheffield United’s defence had excellent fixtures coming up, and Spurs were looking terrible. I only made six changes overall, and it didn’t have the big impact I was hoping for. My investment in the Sheffield United Defence paid off, especially with my keeper getting ten points. In fact only my defensive players got any returns.

This was a disappointing result from a wildcard, but it wasn’t a disaster. A lot of players didn’t deliver this week and I managed to match the average. This average of 47 points mostly came from Salah who scored two goals and was a very popular captain pick this week.

This was a much better week. My Sheffield United players were the almost the only ones to miss out after they

My captain pick this week was key. Salah and Agüero were both very popular and blanked, while De Bruyne got a goal and an assist which was enough to get a massive 14 points. KDB might be very highly owned, but he wasn’t highly captained, so this was a big advantage this week. This lifted me up to my highest overall rank of the season to 31,207. With 11 weeks to go, including hugely important blank and double game weeks, the dream of finishing in the top ten thousand is still alive.

The only frustration was that when faced with a Leicester-Wolves fixture I played Jiminéz over Periera who went on to keep a clean sheet. I only missed out on four points though. 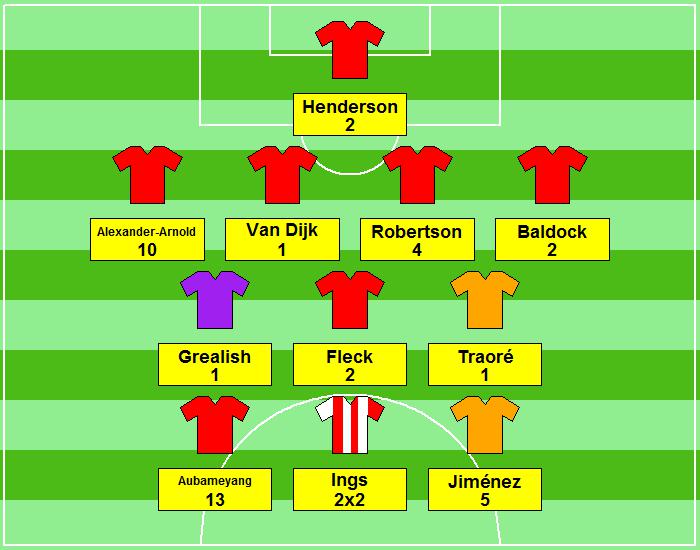 For the second time in three weeks I scored the same as the overall average. This was a frustrating week. Wolves and Southampton scored five goals between them, but I only got one assist from owning their talismanic hit men. My only clean sheet was on the bench as Sheffield United conceded against Brighton and Liverpool leaked two against West Ham. On paper this had looked like a good week for my defenders. At least I got assists from my Liverpool defenders for all three of the Liverpool goals.

I took several risks this week with my transfer and my captain pick. I definitely regret not captaining Aubameyang. I was expecting Arsenal to struggle against Everton, so I decided to gamble on Ings. This decision cost me 11 points because Aubameyang scored a brace. I think Aubameyang was the obvious captain choice for my team, but given Ing’s record this season and Aston Villa’s defensive woes, this seemed like a reasonable risk.

My other risk was very dramatic. I transferred out Kevin De Bruyne after he was my star player last week. My reasoning is that next week is the League Cup final, and I need to remove a couple of players who won’t play next week. Wolves have some great fixtures, so I chose Traore. Unfortunately Traore only played 18 minutes, so this transfer felt terrible. This week was a lesson on how taking risks can back fire. 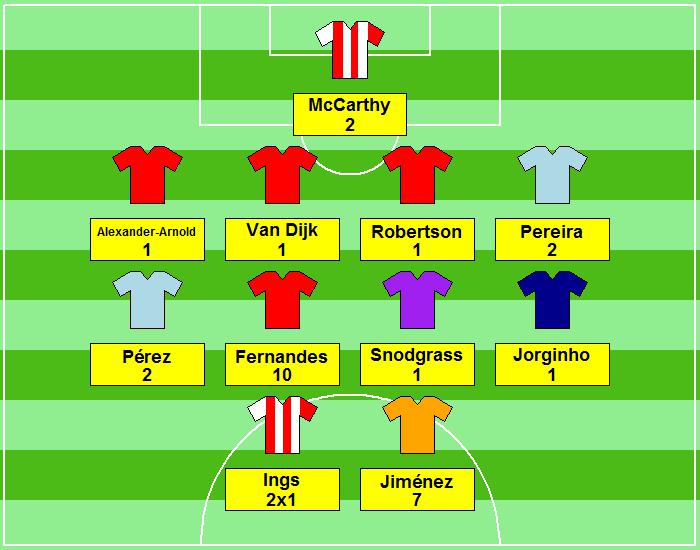 The League Cup final took place this week, so Man City, Arsenal, Sheffield United and Aston Villa players all blanked this week. This was a recipe for low scores all round, especially since there were some great shock results this weekend. It was looking like Liverpool could win the league undefeated, and then they lost to Watford 3-0. Bottom of the table Norwich also beat Leicester 1-0. I had kept a couple of Leicester players on my bench, specifically for this game against Norwich, which turned out to be a total waste of time.

With only two players getting returns, I’m surprised I managed to finish four points above the average. One of my transfers Fernandes was my highest scoring player for the week which felt good. He has looked very good in his last few games and I was expecting him to be an essential player going forward.

Game Week Twenty-Nine started as a double game-week, and like many managers I was anticipating big scores for Arsenal players. I captained Aubameyang and transfered in Nicolas Pépé for the occasion. The second game was called off because of the Covid-19 virus, and then the entire season was postponed, all in a matter of days, with a very average game week. I had been expecting the season to be cut short, but not quite so abruptly.

My player of the week was McCarthy, who despite being on the wrong end of a one-nil defeat, scored 12 points from saving a penalty. He was the only real highlight in another average week. My week really hinged on the cancelled game.

February and March were rather disappointing, with four very average scores. I prefer to play my wildcard early so I can reap the benefits for many weeks. I hit my highest overall rank of the season of 31,207 but slowly dropped down the table over the following weeks.

Like everything else, Football and fantasy football are on hiatus for the forseeable future. Liverpool may get awarded the title without being mathematical champions, but I fear the fantasy season will be discredited. If the season ends now, it invalidates all the strategy of saving chips for the crucial double game weeks. If all the matches get played in a monster game week 38, injuries will be a lottery that ruin your season. I hope extra game weeks will be added to the game, but we will have to wait and see if and how this season ends.