How to fold a Modular Star

This large star is made of thirty identical units, and I find it very relaxing to fold because the units are fairly easy to fold and fit together. It was created by Tomoko Fuse who is one of my favourite origami designers.


You will need thirty pieces of square paper. Only one side of the paper will be visible on the final piece. 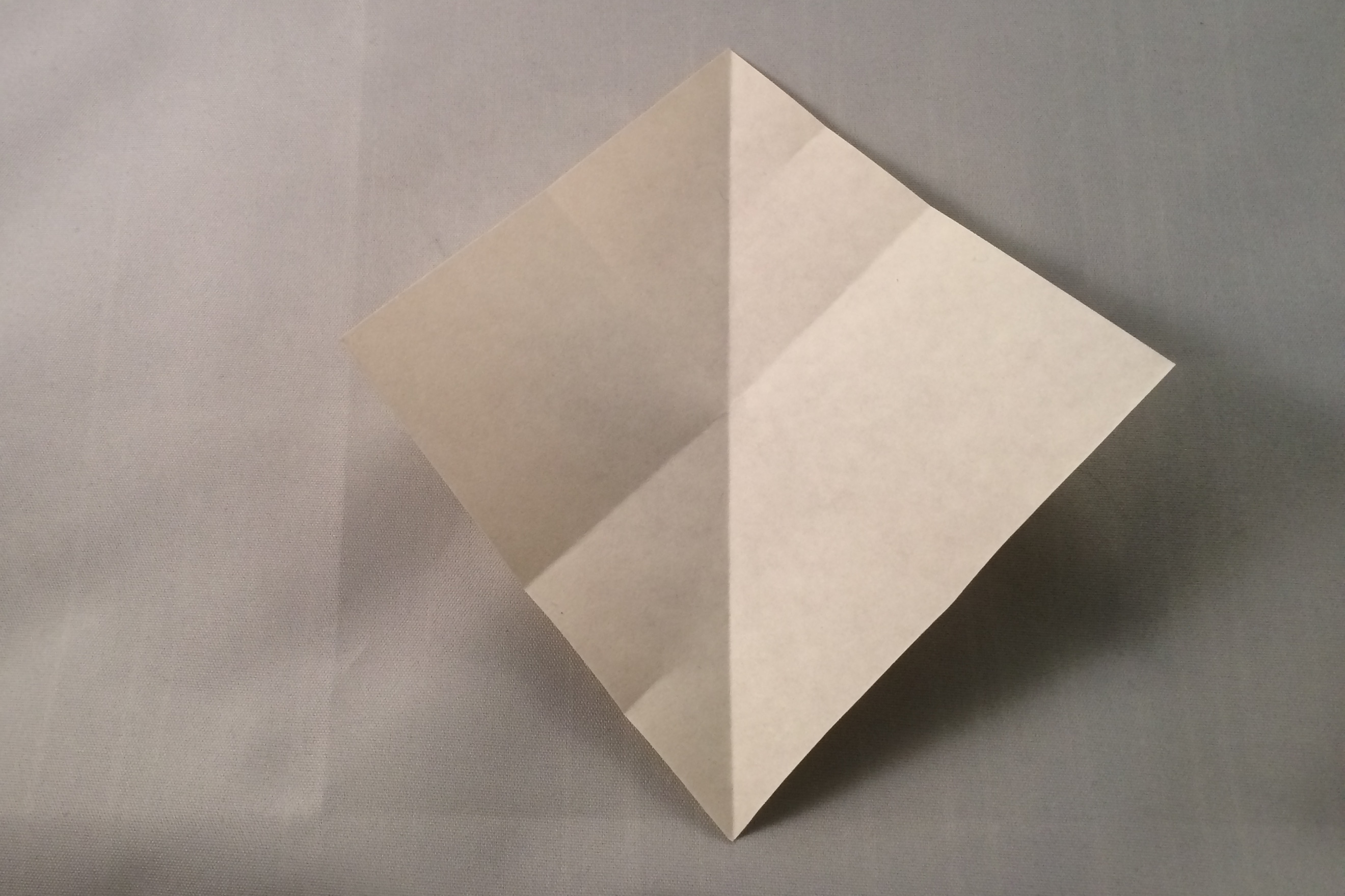 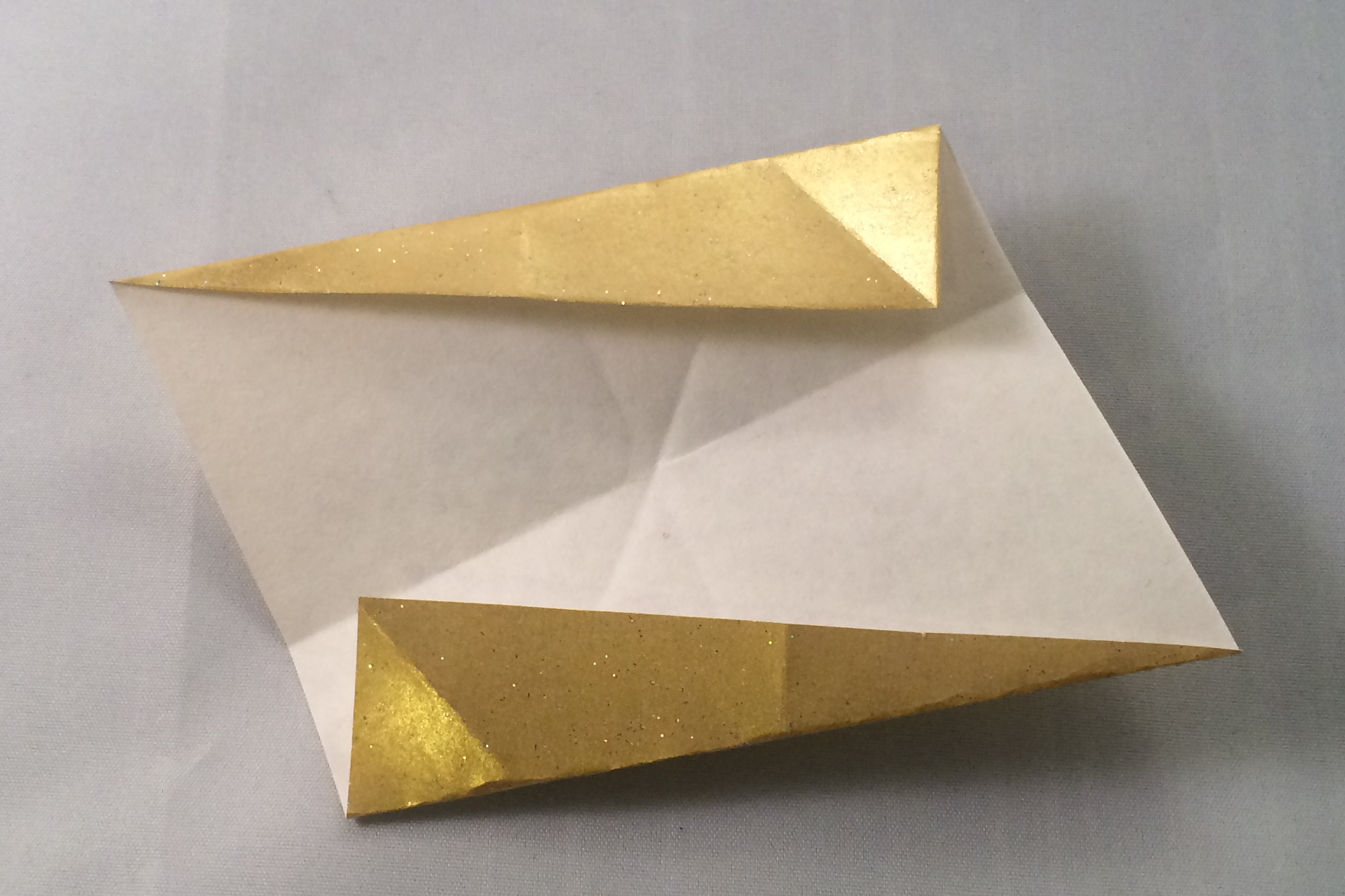 Step One: Start by folding three creases across the square. Fold the paper in half, and unfold along one diagonal. Do the same across the middle like a book, both horizontally and vertically. The finished creases should be face down. If you’re using paper with different colours on each side, only one side will show on the final piece. Start folding with this side face down.

There are two more creases. These just mark a key point, so make them as small as possible. Notice that the creases are near the ends of the diagonal crease, in a clockwise direction. Fold the end of the diagonal line to the end of the central crease. Press gently with your finger to make a small crease and unfold. Repeat on the opposite corner, again going in a clockwise direction.

Step Two: Fold the bottom corner to lie on the central crease. The new crease runs from the small crease made in step one to the corner. Repeat for the top corner. 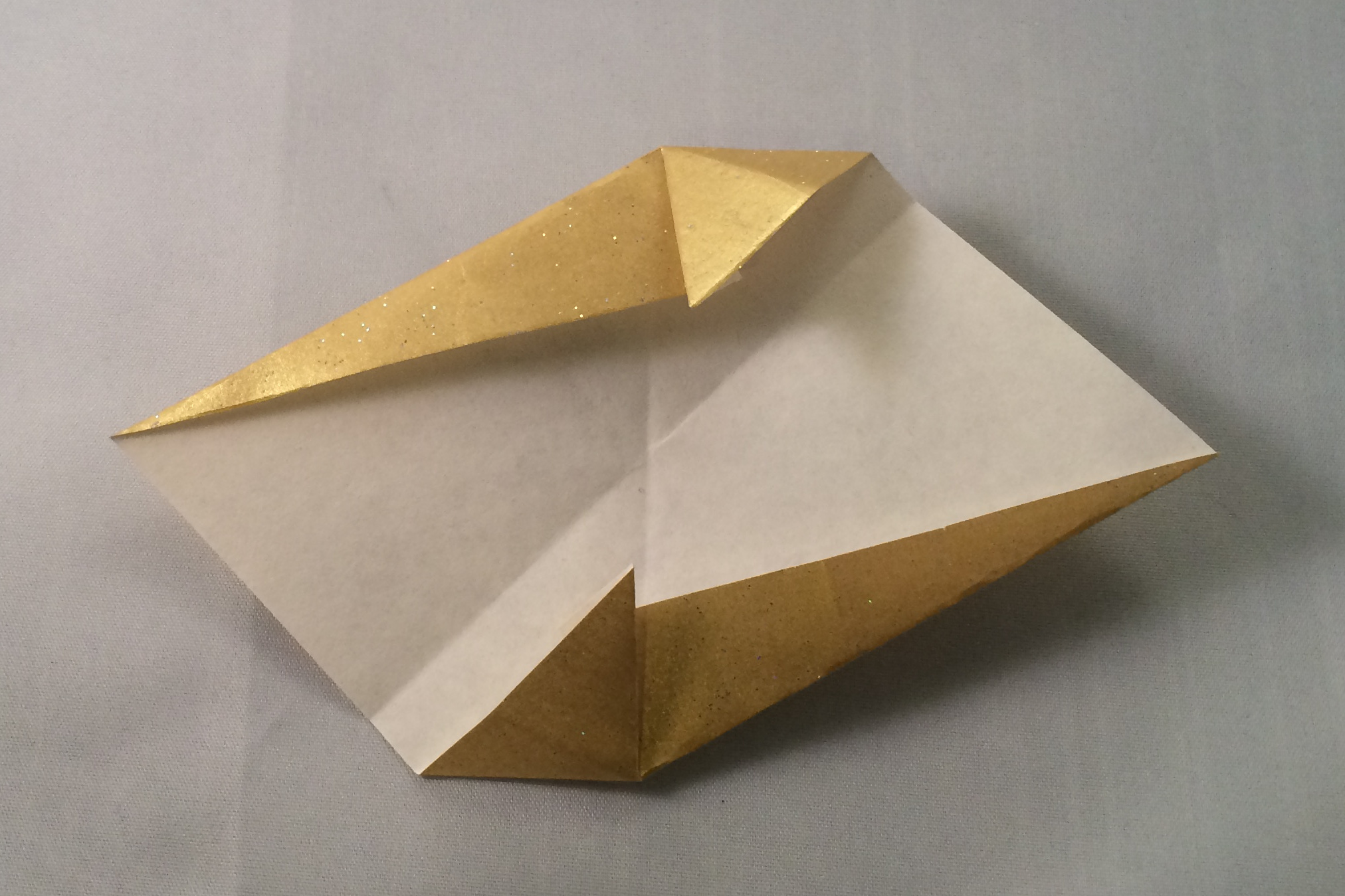 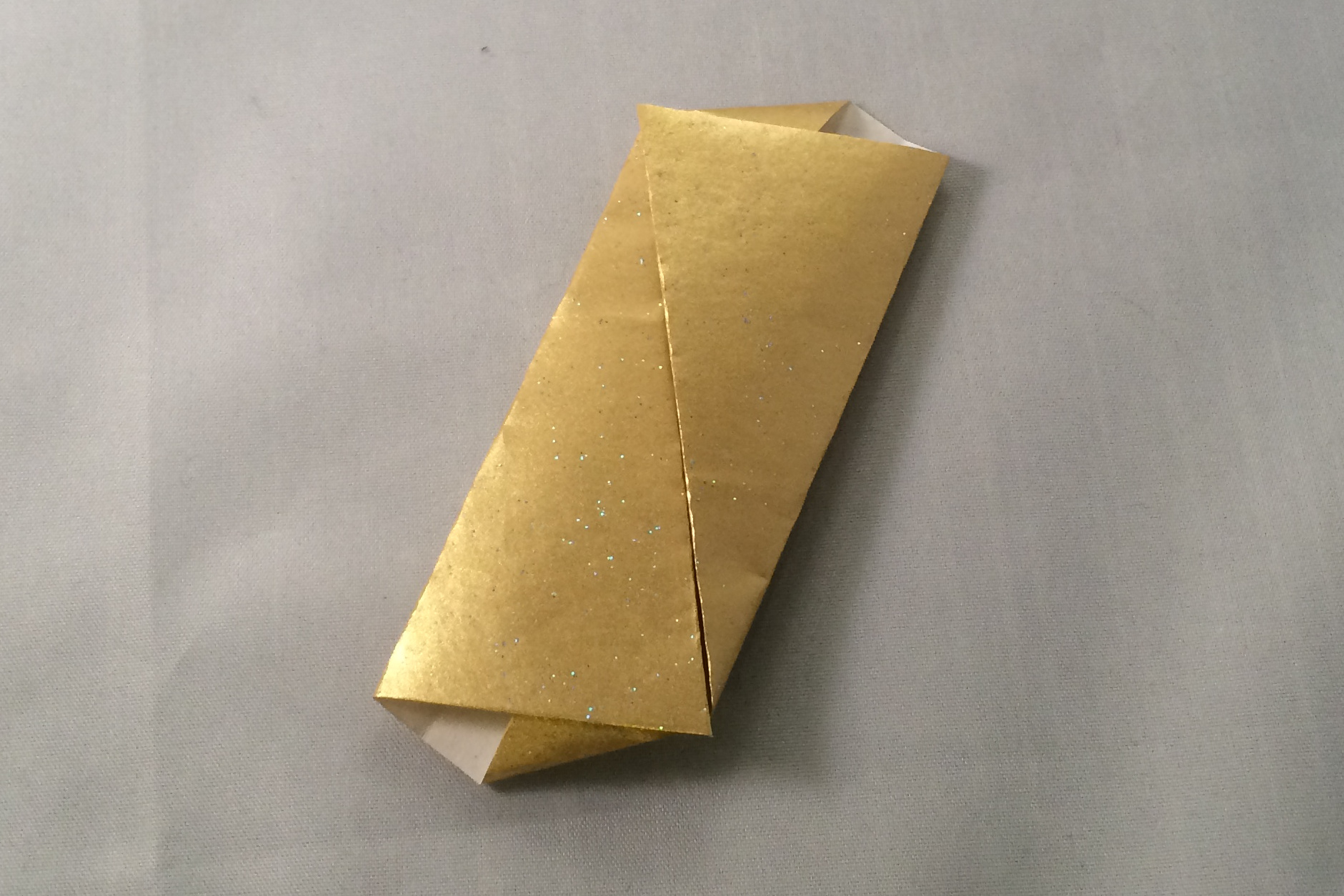 Step Four: Fold the right-hand corner up so that the bottom-right edge lies along the vertical crease. Repeat on the other side, folding the left-hand corner down. 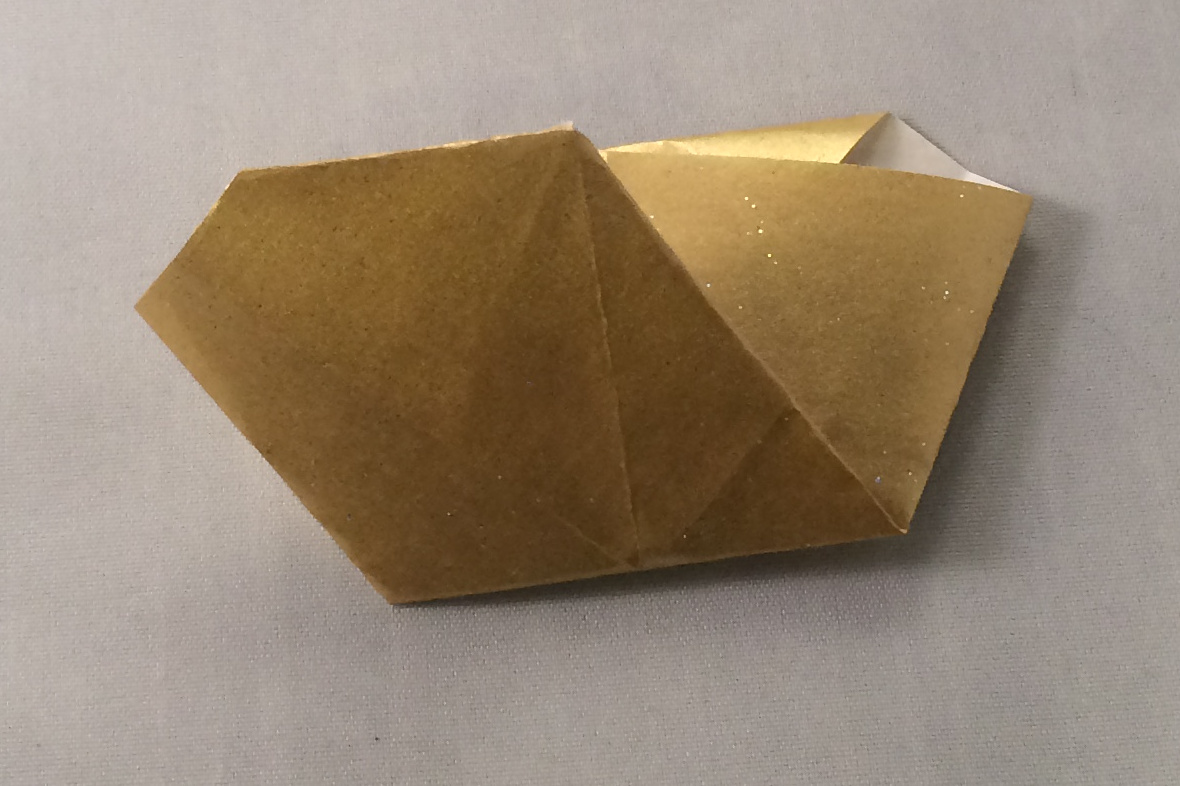 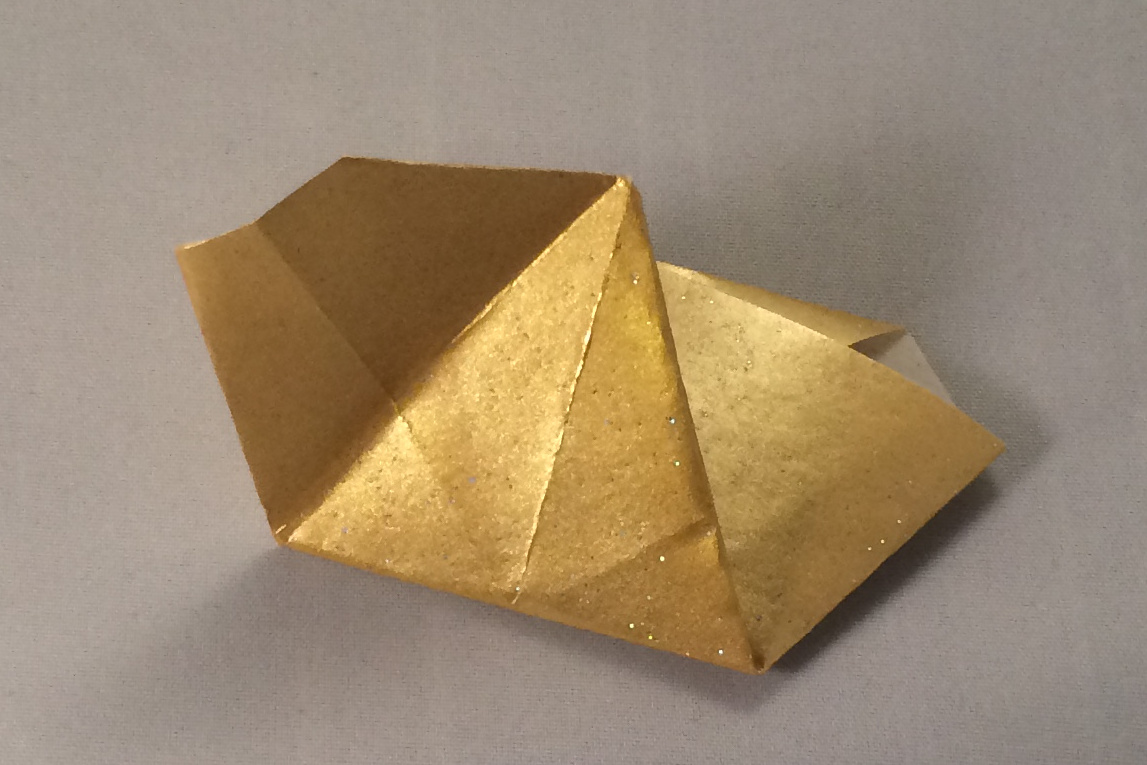 Step Five: Step four created a line where two opposite sides meet. Fold the bottom end of this line up to meet the top end. When complete the top edges form be a straight line. The fold will naturally unfold slightly, making the unit into a three-dimensional shape.

Step Six: The front flap is a five-sided shape. Fold it in half by folding the short edge towards the corner directly opposite. The side edges will line up and the crease runs between the corners. Let the fold partly unfold to become three-dimensional. Turn over the unit and repeat the fold on the back half. Your unit is complete.


The finished unit. Now fold another twenty-nine pieces. Trust me, it’ll be worth it! 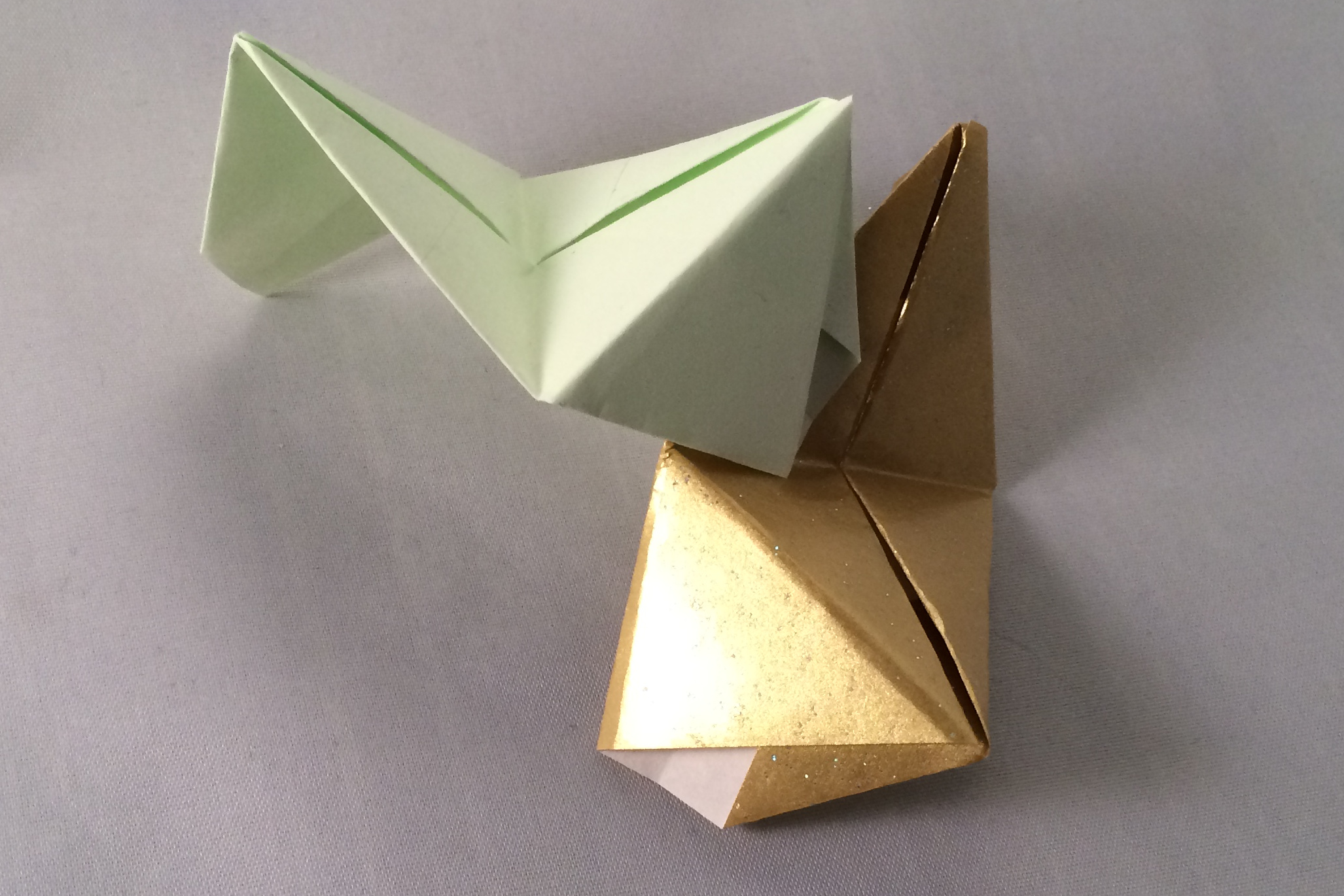 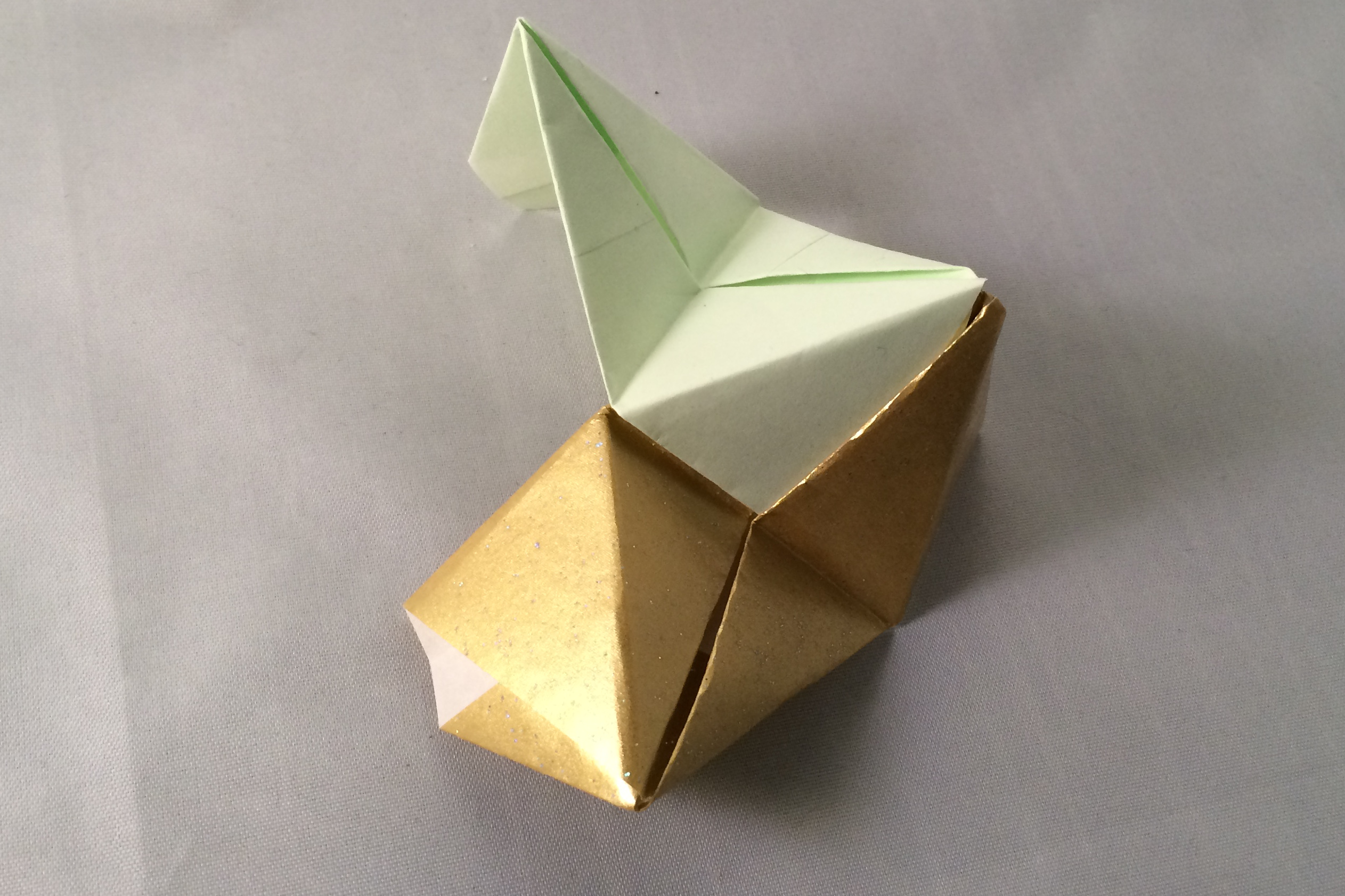 Each unit has a central diamond shape and two triangular tabs behind the diamond. On the diamond, there are slots along the long diagonal. Slide the triangular tab from one unit into the slot from another unit. 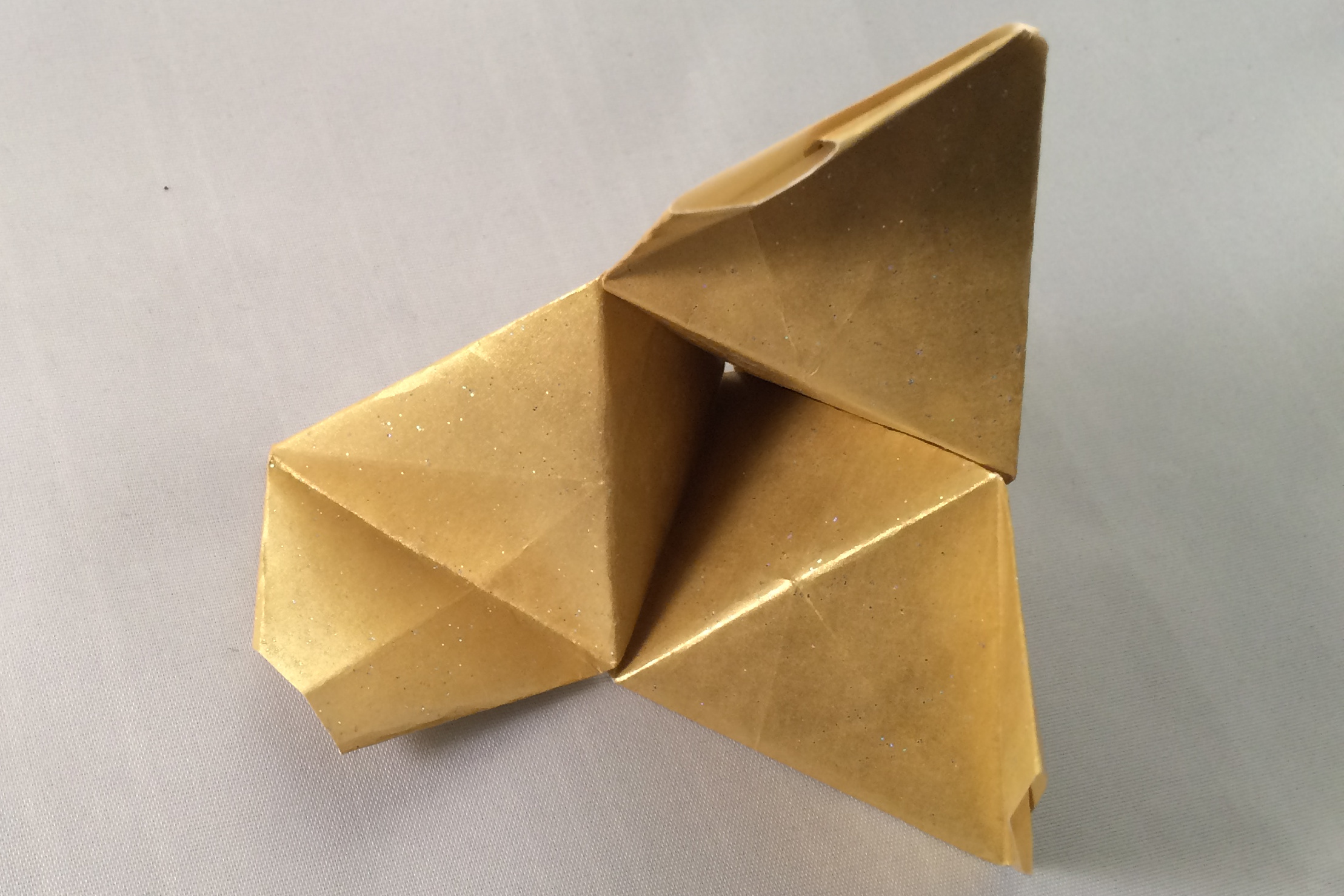 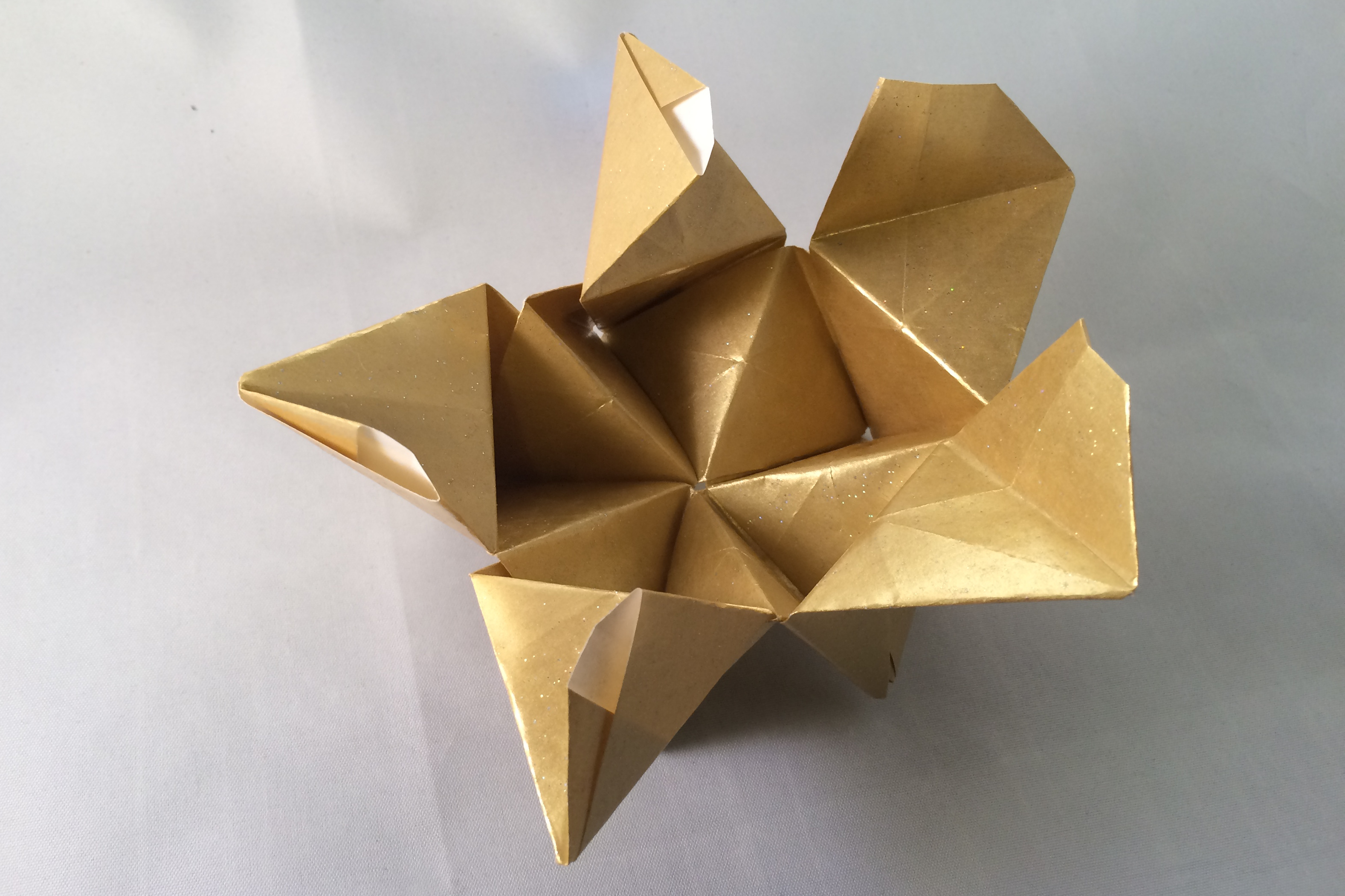 Form a pyramid by adding a third unit. The three units all lock into each other making it quite stable. I’ve shown the model from underneath.

Continue adding more units, remembering that each pyramid uses three unit, and each meeting point connects a ring of five pyramids. As you add units, it may fall apart, but don’t give up. As the construction progresses, it will naturally curve into a spherical shape, which makes it much more stable. When you’ve added all thirty units, this beauty will be your reward.