This is the second part of a three part series on drawing Celtic knots. You can find the first part here which covered the basics of drawing Celtic knots. Once you have mastered these knots, you can draw more complicated pieces. I recommend practising the simpler knots from part one before you continue. I use the same six step procedure as before, and some steps are identical. 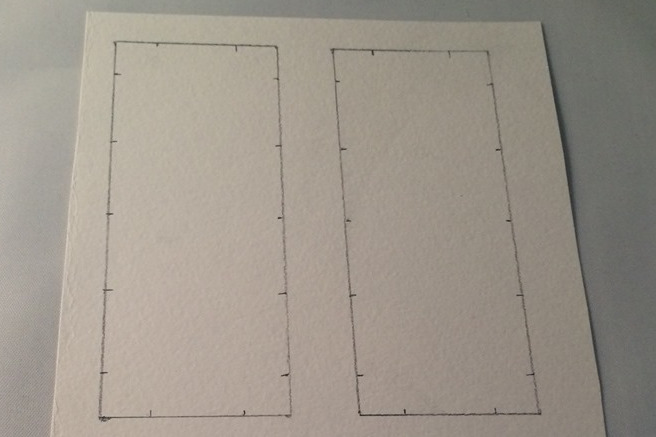 The start is simple, just draw a rectangle! My knots in the picture started with 4cm by 10cm rectangles. To prepare for step two, mark the odd distances. I have marked 1cm, 3cm, 5cm, 7cm and 9cm.

Feel free to draw bigger or smaller knots by changing the dimensions and scaling the markings. 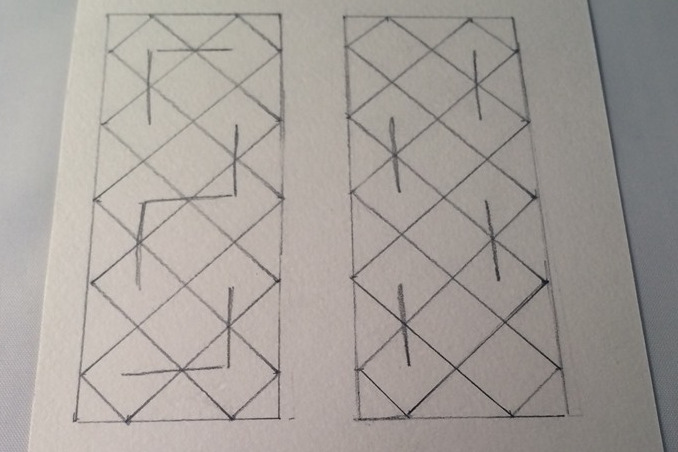 Continue creating the grid by drawing diagonal lines between the points you marked in step one. Start in one corner and work across the rectangle. All of the lines will have a 45 degree slope.

How many lines you draw and where you put them will make a big difference to what your final artwork will look like. Experimenting is a lot of fun. 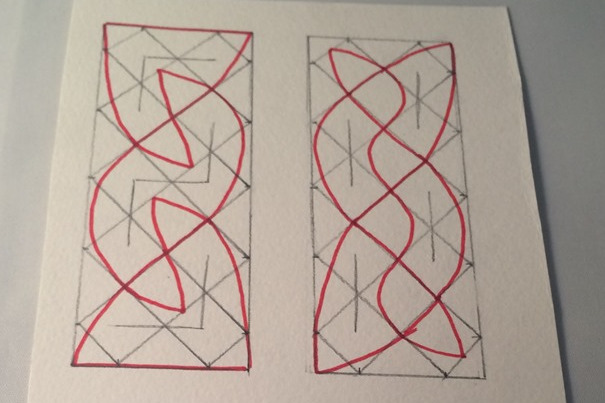 We now draw the line that runs through the middle of the knot. I have drawn it in red pen for clarity, but you should draw it in pencil. This line follows the lines of the grid but must never cross the lines added in step two.
Notice how the line curves to avoid the forbidden points.

We are now finished with our pencils. If you want to make things easier to follow you can rub out everything outside the curved line. 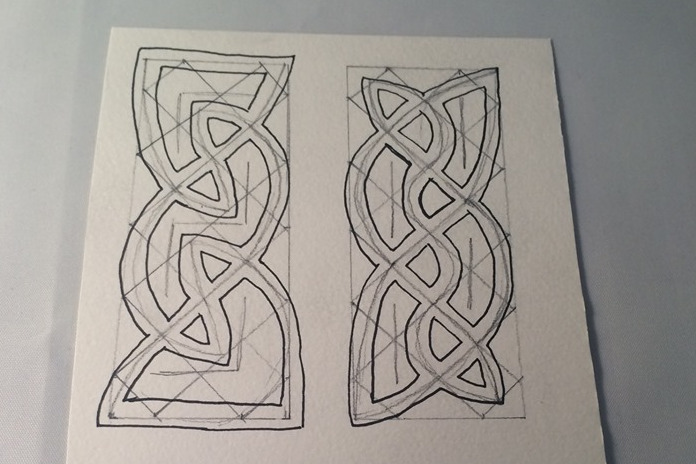 Now that we have the centre of the knot, we can start to draw the knot itself. Start by drawing a line a short distance away from the curved outline. The further you draw the line from the pencil, the thicker your knot will be.

Secondly draw inside each space inside the knot. Ignore the grid lines and keep the line a fixed distance away from the middle of the knot. Because the spaces can be very curvy shapes this is harder than in the last tutorial, but the principles are the same.

Also draw inside each box. Try to keep each line the same distance away from the pencil to keep your knot uniformly thick. Around the edges the boxes will have curved sides, but the same principle applies. 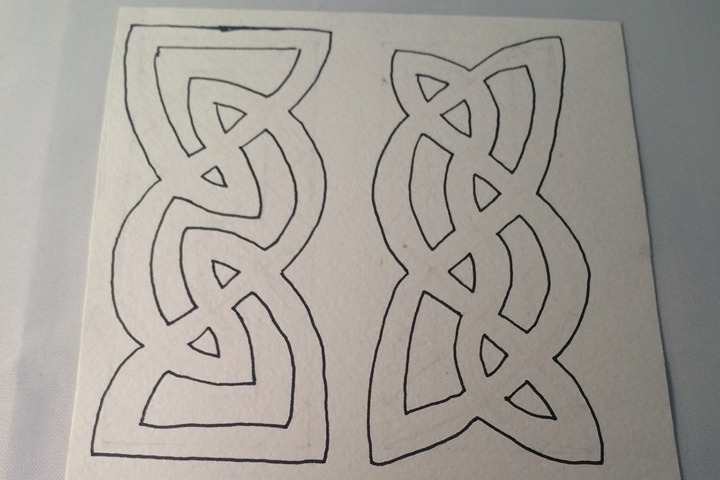 This step is just as easy as it was before! Grab a rubber and rub out everything in pencil. 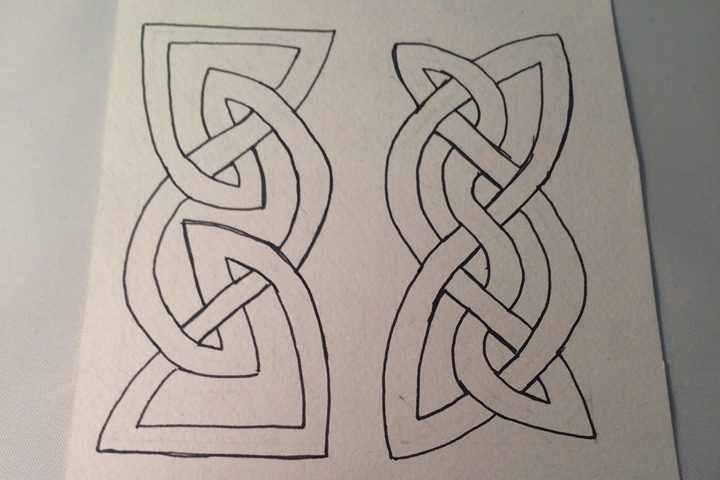 The last step is to draw the crossing points. Choose any starting point and follow the knot round, always alternating between going over and under.

Your Celtic knot is now complete. In the final part of this series I’ll show you how to decorate your knots.