I may have taken a break from teaching, but I still have lots of games and activities to cover in this series. You can find my previous (and future) articles here.

Learn and be Silly 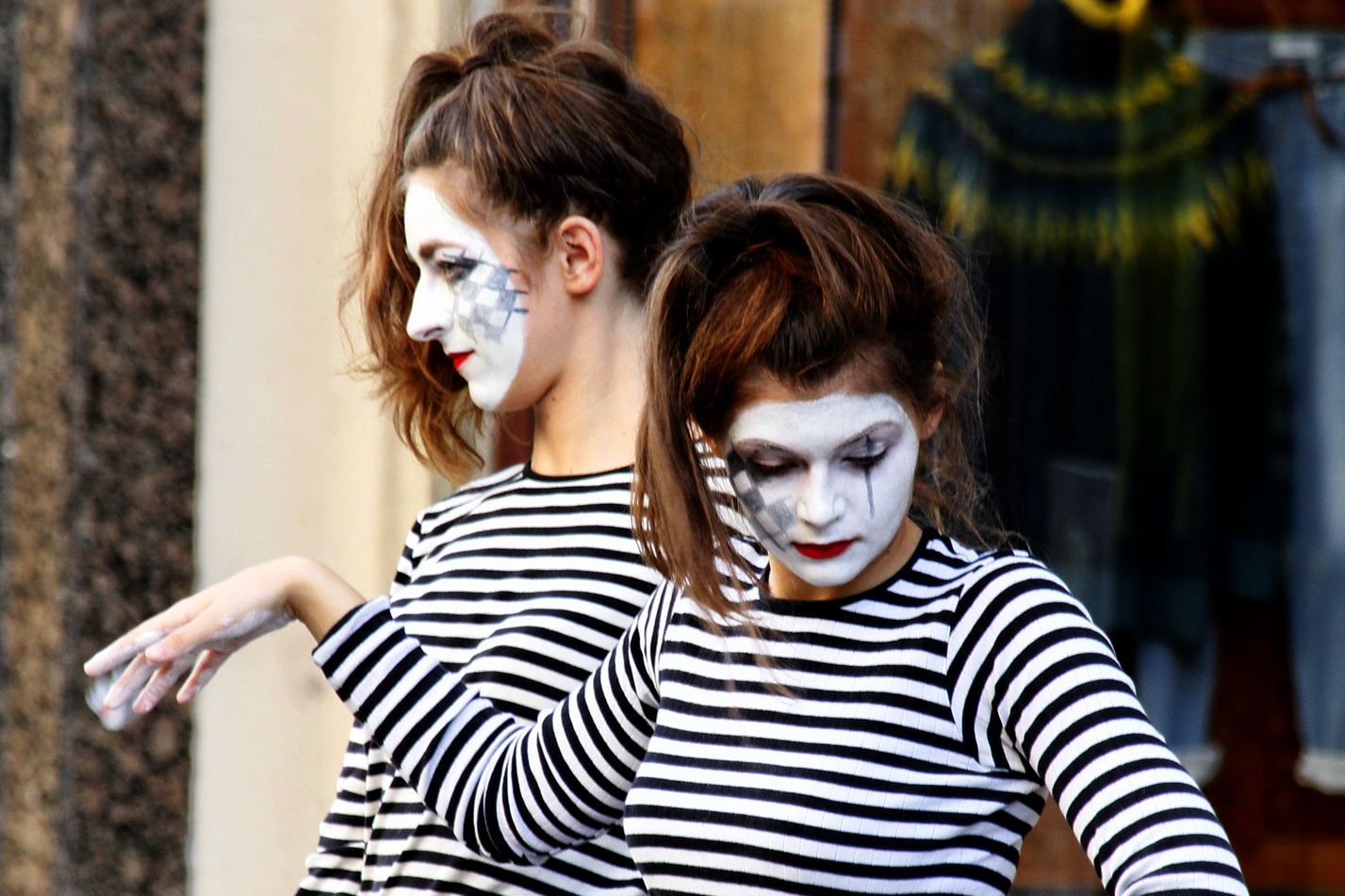 There are a lot of verbs for students to learn and they need constant revision. Miming may seem stupid, but involving their whole body will help your students remember all the verbs they need to know.

Before class come up with a list of verbs that you can mime and write them on the board. I try to organise them into clear groups such as verbs for cooking, verbs for sport, etc. During the lesson, I then mime a verb for the class and get them to name the verb. I usually start with an easy verb, and then work through the other verbs in that group. I put a star next to each verb I have done. When I have performed every verb, students take turns to choose a verb and mime for the class. I erase each verb as the students do them so that every verb gets covered twice, once by me and once by a student.

This may seem like an activity that’s only for children, but I find adults enjoy it just as much as the little ones do. This activity is a great way to review a large chunk of verbs and I often use it before a grammar lesson on tenses to review the verbs that come up in the exercises. If students struggle with a verb when you perform it for them, mark the verb differently. When you finish covering all the verbs, you can review the difficult verbs you singled out before asking students to perform. 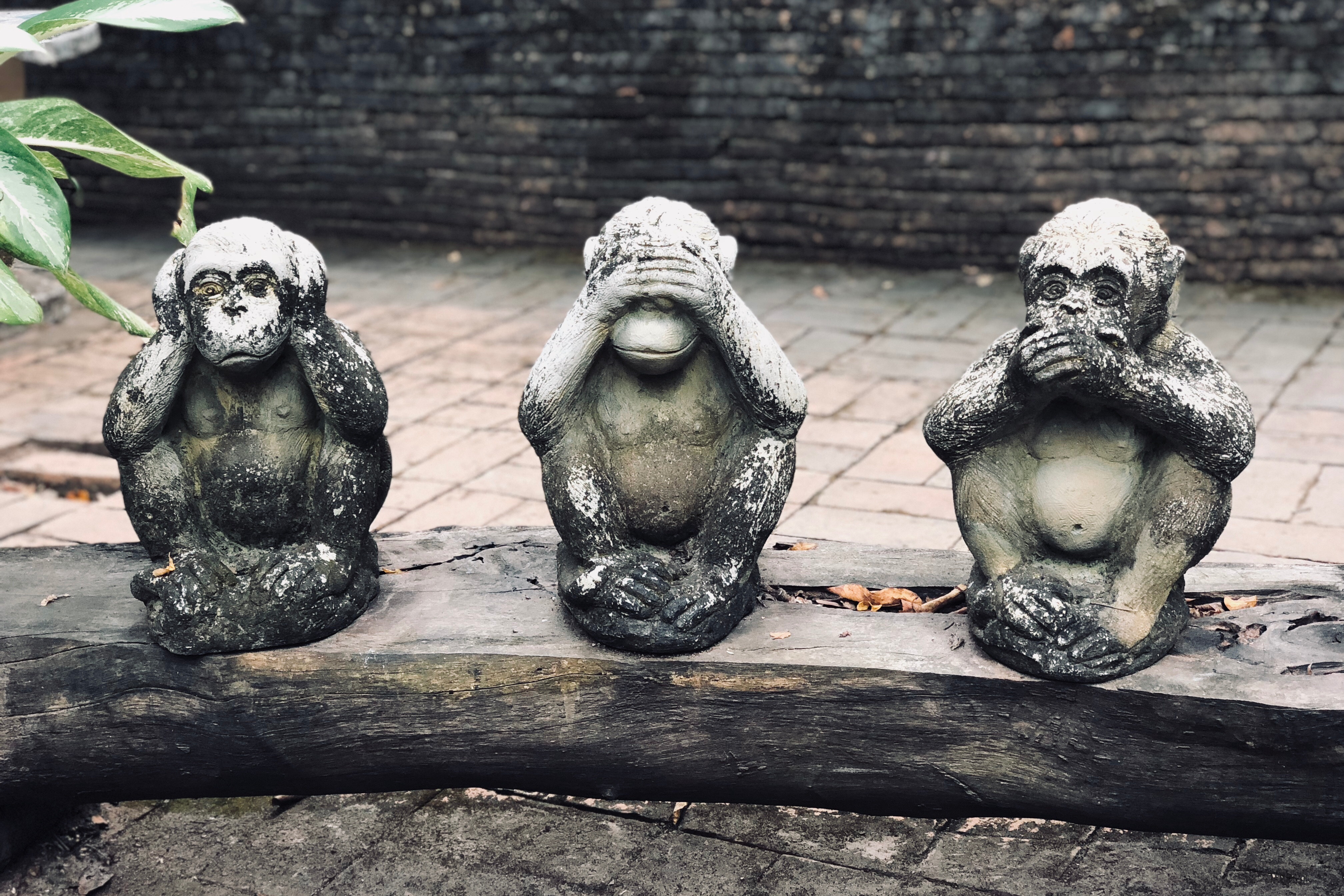 A lot of the games teachers use in class are simply quizzes in disguise. The trick is to make it fun and feel like a game and not an exam! This game will get the whole class laughing while you are reviewing material. This can be anything from past participles, vocabulary on flashcards or spelling. As well as some questions to ask your students you need something you can throw like a bean-bag.

Get all your students to stand in a line and stand on the other side of the classroom where you can easily throw the bean-bag to each student. Students can be eliminated in different ways and the last student standing wins. Since students are supposed to be statues, they must stand to attention with their arms down by their sides. If they move before you throw a bean-bag they are knocked out. This makes it harder to catch the bean-bag and if anyone drops the bean-bag they are also eliminated.

Choose a student and throw the bean-bag to them. This works best if no-one knows who you will throw it to next. If they catch it, ask them a question. If they answer correctly they continue playing, but if not they must sit down. Continue the game by throwing to a different student until you have a winner. For larger groups you can have multiple winners so you can restart the game and let eliminated students rejoin the fun.

This is a very fun activity to run. You can disguise who you are throwing to or fake a throw which both catch students out. Use these tactics to make everyone laugh whilst speeding the game up by knocking people out faster.

Can you talk for one minute? 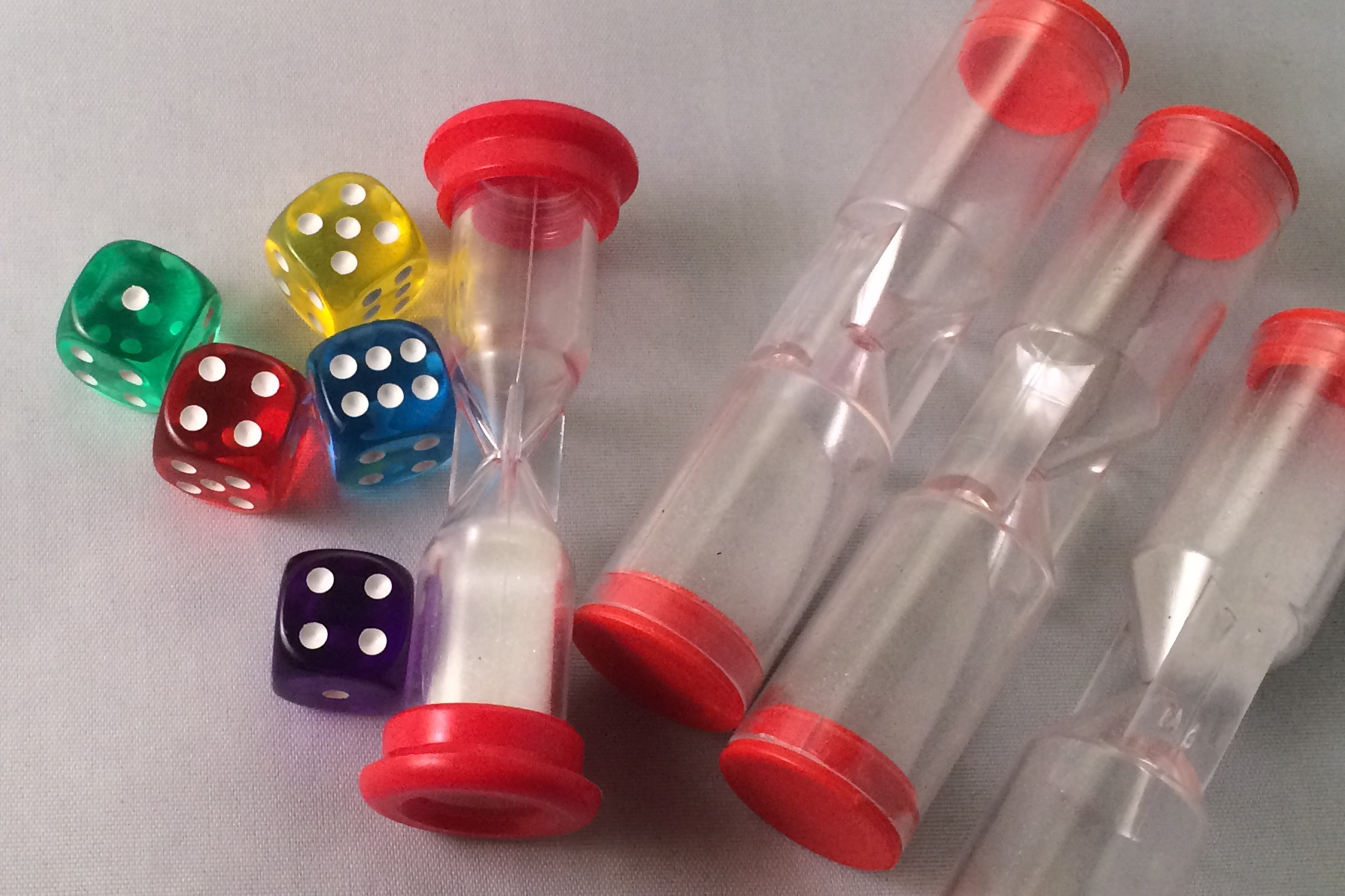 As a part of Cambridge speaking exams students must describe a picture or compare pictures in just one minute. There is usually too much to say and not enough time. As a warm up for practise questions I would get students used to speaking for exactly one minute. Begin by putting students in to pairs and giving each pair two dice and a sand timer. Write the numbers two through to twelve on the board and write a topic or question on the board next to each number.

One student will speak while their partner listens and times them. The speaker should roll the dice and add up the two numbers. This gives the number of a topic on the board and they must now talk about that topic for one minute without stopping. When they finish students swap roles.

This is a very quick activity that’s also suitable as a warm up activity at the start of a lesson.

A challenging way to reuse flashcards. 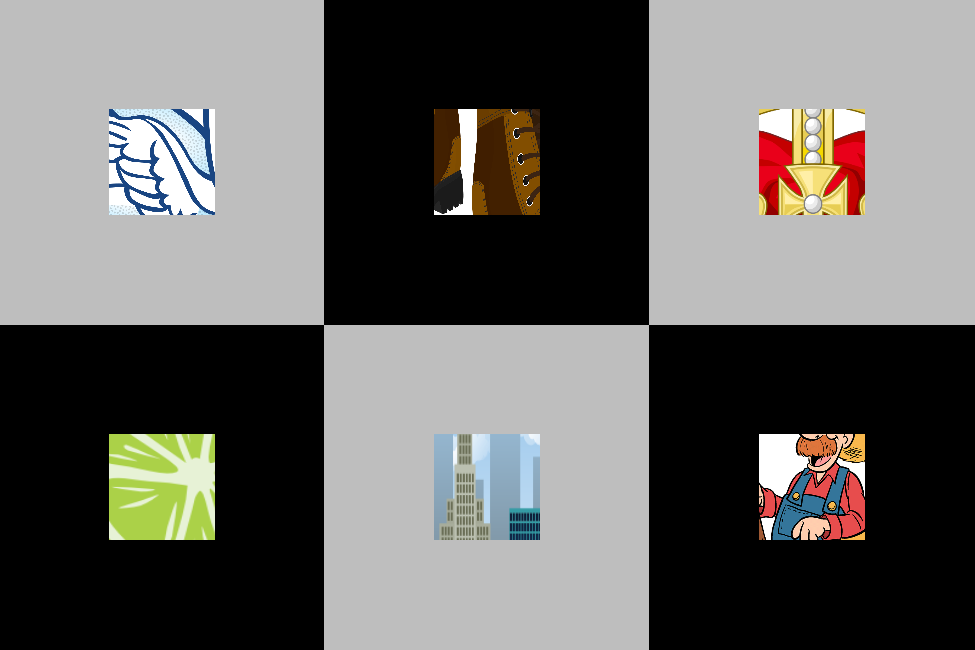 Even if your students learn new words quickly, they need to recycle and review the vocabulary they have learnt. This flashcard game works best with flashcards your students are already familiar with. You will need some sheets of card that are the same size as your flashcards. Cut some windows in the middle of the card so only the centre of the flashcard is visible through the hole. Make three such cards for three different difficulties. For ‘easy’ make a big window, and for ‘difficult’ make a very small hole. My original cards were black, hence the name blackout. Later I made new cards which were colour-coded by difficulty.

Split the class into teams. Ask one team if they would like easy, medium or hard. Cover a flash card with the appropriate card and show it to the team. If they can guess correctly, give the team one to three points depending on the difficulty. Alternate between the teams until you have run out of flashcards. It’s up to you how many guesses you allow a team to have.

There is a surprising amount of luck in this game since some pictures will be obvious from only a small piece, while others won’t. Being greedy and trying to get three points every time will sometimes backfire when you get an impossible picture. An alternative way of running this activity is to stack the cards on top of each other. You can then remove them one by one to reveal more of the picture if students do struggle.

How well do you know your classmates? 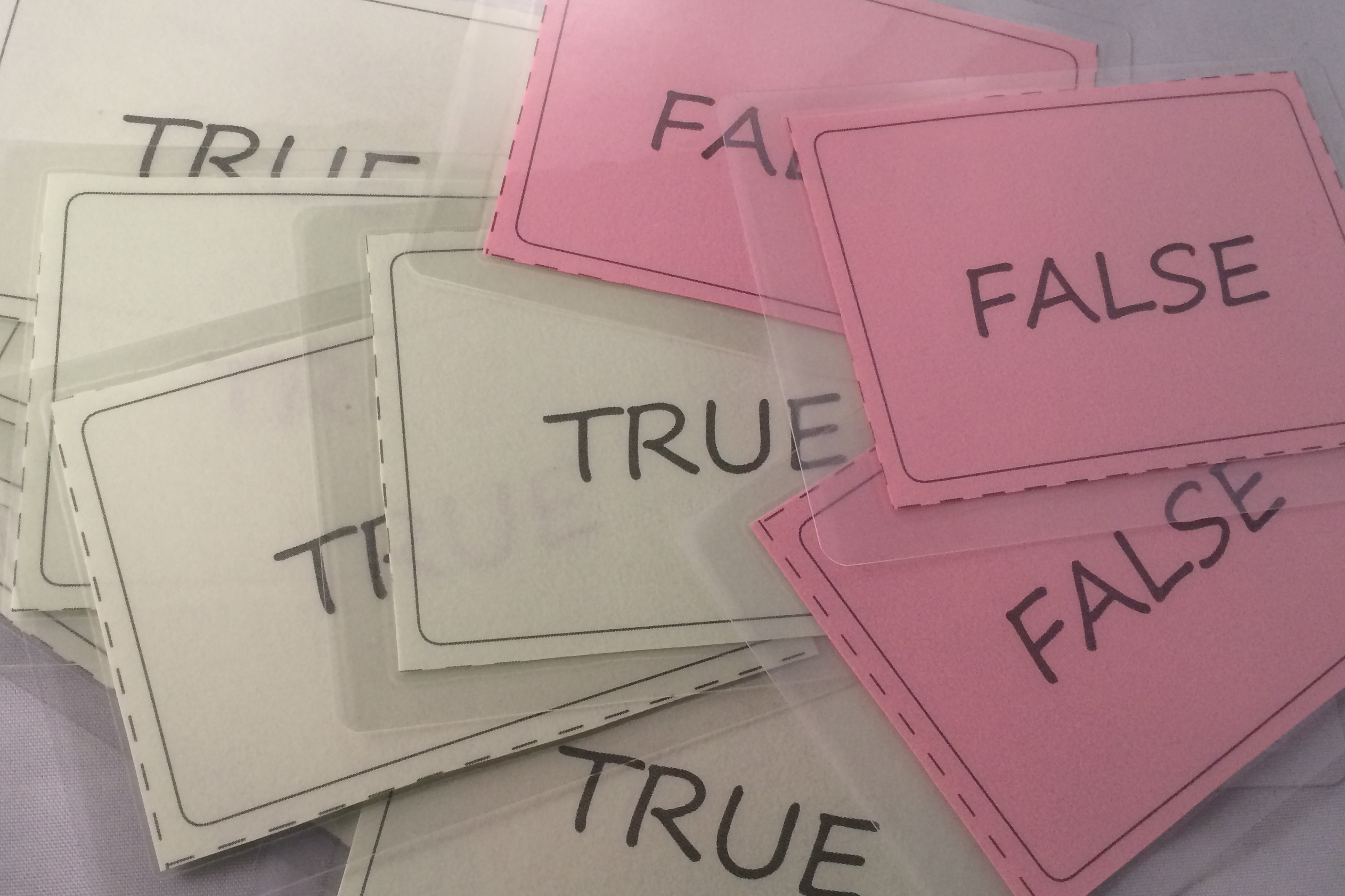 If you like activities that require little preparation this game is for you. You will need some cards with true and false written on them, and some questions. Text books are full of opportunities for students to quiz their partners, so this activities is a great way to turn your book into a game.

Put your class into small groups and give them a set of cards and a set of questions. One student takes a card and looks at it without showing the other students. Another student then asks them a question. The first student must answer truthfully if their card says ‘TRUE’, but must lie if the card says ‘FALSE’. The other students in the group have to guess true of false. This is a good activity to encourage spontaneous answers, as long pauses are a dead give-away that a student in lying. Or is it just a bluff?

This game is easy to model by getting students to ask you questions. I recommend making nice cards that you can reuse over and over, since this game works well with almost any age, level or topic.